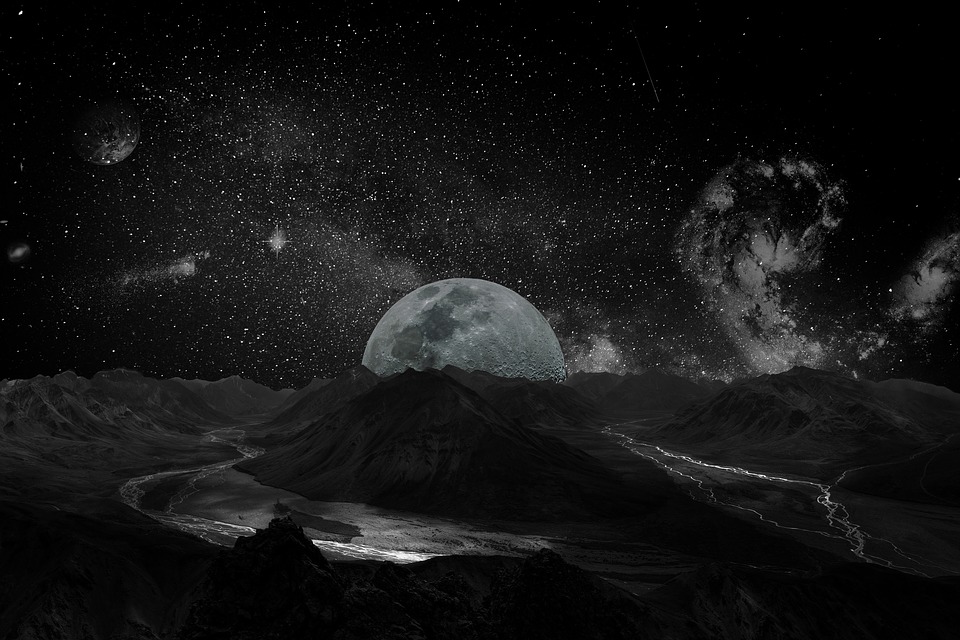 When you look at each celestial body on your horoscope, it is essentially a projection of where it is placed in space to the ecliptic. Zodiac signs are not just defined by constellations. They represent a slice of the ecliptic belt, which begins in the spring equinox when the celestial equator of the earth intersects the ecliptic. Other than the sun, moon, and planets in astrology, we also use lunar nodes to make an interpretation. These indicate the evolution of your soul and karmic events.

The Planets in Astrology: How They Work

Each planet is like an individual person. They have positive and negative characteristics that bring a different interpretation to any reading. Each celestial body has a story and a relationship that connects to you on a subconscious level. We are ultimately defined by our relationship with the planets. In general, every planet rules one or two zodiac signs. For a specific look at each planet, take this time to consider going in-depth.

Delve deeper into the planets and celestial bodies by learning about Mercury, Venus, Mars, Jupiter, Saturn, Uranus, Neptune, Pluto, The Sun, and The Moon.

To create a reading, you must understand the importance of the different aspects and how they work in your approach. An aspect is one of the angles that is formed in a zodiacal circle by house cusps, celestial bodies or imaginary points. These show the relationship between different entities. It is basically a perspective point about how one celestial body observes another. Squaring or opposing positions can show opposition, while a positive aspect shows an easy flow of energy.

While it is easy to oversimplify astrological charts as finding the perfect moment in time, planets in astrology are never perfect. The planets will never create perfect energy flow, and there will always be challenges along the way. There may be positive aspects, but there will still be challenges. This is why some people who have “good charts” still do not accomplish what they want. It is also why people with “bad” charts are still able to reach their goals.

In modern astrology, the Ptolemaic Aspects are the five relationships that can be made in your chart. These are defined by the angles of 0, 60, 90, 120 and 180 degrees. In addition, some astrologers believe that 30 and 150 degrees are also important since they are two levels that are missed if the chart was to be divided by 30-degree segments.

There are two main ways to look at these degrees. A conjunction is when the aspect of 9 degrees exists. This can include an orb of up to 17 degrees if the sun is involved. A conjunction has positive or negative connotations depending on the types of planets involved. If the planet has a low dignity, then the conjunction may challenge the planet. If the planet is beneficent, it could be a supporting aspect.

In reality, though, there is no such thing as positive or negative planets. The only positive or negative thing is your perspective. If you believe that Saturn is pressing you from the shadows, it is probably your human perspective that seeks to avoid responsibility. In a more positive light, Saturn could represent our relation to god, taking responsibility in our life or a deep faith. In the same way, Venus could be viewed as compassionate and loving or lazy and adulterous. It all depends on how you look at it.

When planets in astrology are in opposition, it means that they have an aspect of 180 degrees. This means that they are essentially on opposite sides of the zodiacal circle. Opposition often shows a challenge in accepting others and tension. The opposition is a way to see who we are in-depth and explore our own flaws. It is not a time to shift blame or agitate others. Instead, it is an opportunity to embrace the way we are similar to even the people who seem most different than us.

A sextile is when you have a 30-degree angle between two planets in astrology. It makes it easy to ground and enjoy the world. This is considered a supporting aspect that often provides gratitude and love. Often, it is a sign of earthly pleasures and an emotional connection.

As the name suggests, a square is a 90-degree angle. It is a challenging aspect that has the nature of Mars (30 degrees had the nature of Venus). Thus, it brings anger and tension into your life. It has outer influences that make you likely to changes that are imposed by outside forces that are out of your control. Squaring aspects tend to bend your focus and often indicate meddling characters.

This is a 120-degree angle in the zodiacal circle. Its supporting aspect is the nature of Jupiter. This may mean that it has perspective, perception and difficulty to be grounded. Often, people who are your life-long friends have this atmosphere in their charts. This carries the aspect of your hopes, believes and changes for your relationships.

The Minor Aspects for Planets in Astrology

Minor aspects are like their name suggests. They have a similar function as aspects but carry less of an impact. They mostly appear through less obvious circumstances or personality traits. These are the 30 and 150-degree aspects.

The Quincunx is 150 degrees. It is the relation between our first and eighth house and represents the natural orb. Often, it shows the things that we find hard to accept or manifest. In the most extreme manifestation, it shows death. Compared to the Ptolemy aspects though, it still has less of an effect.

Meanwhile, a Semi-Square of 45 degrees often shows bickering or small arguments. The Quintile (72 degrees), the Novile (40 degrees) and other divisions of 3560 degrees carry other influences, but they are considered fairly minor aspects.

An orb is the distance from an aspect (a connection between planets) that is less than one degree to an angular definition mentioned previously. Planets that are in the same sign that have one on the first degree and one on the last may still have a lot to share. While their orb could be 29 degrees and they do not have a conjunction regarding recognized orbs, they have the same ruler. These planets will still have a relationship, but they do not have a typical conjunction. Likewise, a planet in astrology with a natural trine will understand one another well, even when they are placed in an orb that was a square of a past sign.

While Ptolemaic aspects can still be sensed even after they stop being aspects, minor aspects on smaller orbs tend to not have an impact until they are within 2 degrees. The Sun creates large conjunctions that spread out up to 17 degrees in the zodiacal circle, but smaller celestial bodies like Pluto do not act strongly on any orb past several degrees.

If the moon passes through the last aspect as it moves through a sign, it is said to void of course. When this occurs in your natal chart, it indicates that your soul is looking for solitude and self-discovery. It can indicate loneliness and the need for emotional connections.