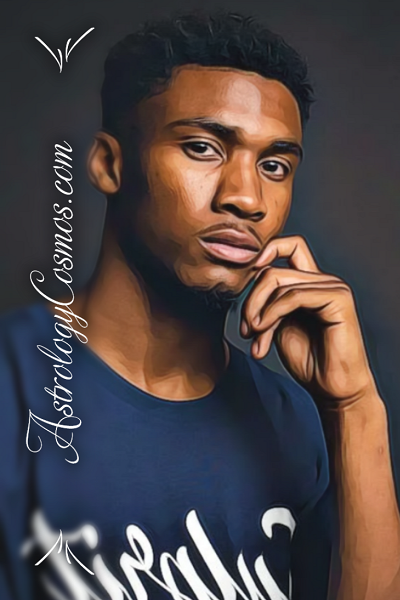 When a Leo man doesn’t text back, it’s often because he’s too busy. Sometimes, Leos will stop texting back because you offended them, and they decided to be passive-aggressive in response. However, most non-responses are simple oversights, so you shouldn’t read too much into them.

A typical Leo man is charismatic and full of conviction. He knows what he wants out of life, and he has the energy and vigor to go after it. Unfortunately, this can sometimes mean that things like texts get left by the wayside.

Whatever the case, there are a few things you can do if your Leo isn’t responding. To find out more, read on.

What Does It Mean When a Leo Man Doesn’t Text You Back?

Leos often forget to text you back because they are too busy or distracted by something they are doing. Unless you managed to offend your Leo, he probably isn’t deliberately trying not to respond. In most cases, a Leo won’t text back for one of the following reasons.

A typical Leo man isn’t going to text back if he doesn’t feel like he has anything worthwhile to say. He’ll shoot off a dozen texts when something exciting happens, but he’ll instantly go silent when he runs out of things to say.

Leo men can have a frustrating texting style. The Lion loves to be busy, and he’ll stop texting if he’s focused on something else. Until he has some free time, don’t be surprised if he goes radio silent.

3. He Is Being Passive-Aggressive

From time to time, Leo men can behave in a passive-aggressive way. If you’ve offended him, he may stop talking to you instead of being an adult and talking about it.

4. You Tried Playing Games With Him

Good relationships aren’t built on manipulation or playing mind games. Leos intuitively know this, so they’ll stop talking if they realize they are in a relationship with a master manipulator.

Out of every zodiac sign, Leos are legendary for being the life of the party. This charismatic guy lives for his social events, so you should plan on not getting a text back if he’s out with friends.

Fortunately, this is rarely the case. Most Leos are quite good at expressing themselves, and they are known for being straightforward. If he isn’t interested or wants to end the relationship, you’ll know it right away.

How Do You Get a Leo Man to Text You Back?

The King of the Jungle likes an independent woman, so he isn’t interested in someone who gets insecure after a single forgotten text. If you want a Leo man to go wild over you, don’t panic if he doesn’t text you back right away. Instead, focus on doing your own things, and don’t worry about what he’s doing (or not doing).

If you want to get his attention, tell him one of the things you like about him. Leos absolutely love compliments and flattery. The prideful lion knows how great he is, but he doesn’t mind being reminded of all of his best qualities.

To get started, you can always try one of these flirtatious texts for a Leo. Then, wait until he responds. A Leo is constantly busy and thrives among people, so don’t be surprised if it takes him a while to get back to you.

What Do You Do When a Leo Man Ignores You?

If a Leo man is ignoring you and won’t text back, there are a few things you can do. Before you do anything though, you should take a moment to think about your situation. Often, you can figure out what the reason is if you just think about everything for a little bit.

Why Do Leos Take So Long to Respond?

Leos take so long to respond to texts because they’re busy and fairly self-involved. When they do decide to respond, they tend to overanalyze everything they want to say. Plus, a typical Leo just isn’t interested in responding at all if they don’t care a lot about the subject.

If you’re finding that your Leo isn’t responding well to texts, an easy option is to simply stop texting him. Instead, try making plans to meet up in person. Leos tend to be gregarious people-persons, so they generally love meeting with friends and lovers in person instead of via digital devices.

Leo men are known for being fairly straightforward, so it’s unlikely that they’ll keep up the facade of flirty texts or a relationship if they aren’t interested in you. In the majority of cases, a Leo man will only stop texting if he’s busy or at a party. In some cases, he may have simply forgotten to respond.

No matter what the reason is, you generally don’t have to worry too much. Leos are often quite blunt about how they feel, so you’ll know right away if he’s decided to move on–you don’t have to divine tea leaves or analyze an 11-minute text delay to figure things out. If slow texts are a frequent problem, you can always try meeting up in person, so the charming Lion has a chance to strut his stuff and show off his charismatic side.