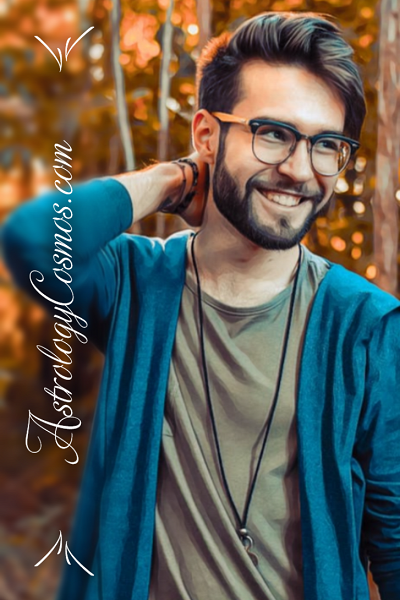 Before you panic, take a deep breath and relax. Most likely, a Virgo man not texting back isn’t a sign your relationship is at a dead-end. In most cases, Virgo men stop texting back because they’re busy or don’t like texting much.

If you’re concerned about why he isn’t texting, you can always ask him when you meet up again. To get a better understanding of why Virgo men might not text back right away, read on.

What Does It Mean When a Virgo Man Doesn’t Text You Back?

A Virgo man will typically stop texting back if you text him too frequently or he’s busy. Busy Virgo only has so much time to respond to texts, so keep that in mind. While Virgos will sometimes stop texting for a negative reason, it’s generally nothing to worry about, so don’t panic too soon.

Virgo men are known for being busy all the time, although he isn’t always physically busy. Sometimes, Virgos get lost in thought and too busy with their own mental processes to do anything else. If this is the case, the best thing you can do is just wait until he has a break in his thoughts for a chance to text you back.

Virgo men have a tendency to overthink things, so he might be worrying about how his text will appear to you. If he tends to respond after taking a few minutes to think over his response, then this is probably the reason why he isn’t texting you back.

When a Virgo man feels ignored, he’ll act the same way in response. Think through your recent actions and what you’ve said to him. If it seems like he might have gotten the impression you were ignoring him, then it might be time for you to fix that situation.

4. He Forgot to Respond

It’s entirely possible he picked up his phone and immediately saw your text, but he forgot to respond. Between the time he read your text and the time he tried to respond, he may have gotten distracted by something else. If this is the case, just give him a day and then follow up with another text.

Virgo men are rarely the aggressive type. If he isn’t interested in having a relationship, he might not be willing to just come out and say it. You’ll have to pay attention to the rest of his mannerisms to see what is going on with him.

The typical Virgo hates drama and conflict. If you are arguing with each other, he might go radio silent instead of yelling back. When it comes to drama, the average Virgo prefers to steer the other way instead of getting actively involved in it.

There are zodiac signs that will keep texting when they don’t have anything to say, but Virgo isn’t one of them. If he isn’t sure what to say in response, he won’t say anything at all. This isn’t a negative indication of your relationship. It simply means he doesn’t know what to text.

Many Virgos aren’t into texting a lot. They may prefer using different platforms or talking to you in person. If this is the case, you’ll get a much better response by trying to talk to him in person instead of via text.

What Do You Do When a Virgo Man Ignores You?

If a Virgo man is ignoring you, you should keep calm and give him space. Most likely, he just needs time to think and calm down, so don’t panic. He’ll only nourishes relationships that are good for him, so don’t expect him to respond positively if you seem angry, anxious, or pushy.

Should You Wait for a Virgo Man to Text You?

You don’t have to wait for a Virgo man to text you first. However, you should wait a bit after your initial text before trying again. If he doesn’t respond, you should wait at least a day before you text again.

When you do send another text, try to send it at a different time of day. If he is normally busy or distracted at a certain hour, this will help you avoid that issue. You should also try texting about something that interests him because you will be more likely to get a response.

How Do You Get a Virgo Man to Respond?

Virgo men value people who are consistent, calm, and flexible, so don’t be flaky in the way you deal with them. Try talking about something he cares about because he is more likely to give you a response. Because Virgos tend to overthink things, you should never send him a text that could be easily misinterpreted. If something can be misinterpreted, a Virgo man will find a way to do so.

Since Virgo men like to think, you can talk to him about the latest book he read. If he is into movies, talk about the series or film he just finished. You can also ask him what activities he likes to do in his free time. Other than getting him to respond to you, this question will also give you insight into where to plan your next date.

A typical Virgo spends a lot of his time and energy on other people. Sometimes, he needs you to take a moment and show the same level of attention to him. Because of this, the typical Virgo loves getting good morning texts.

If you aren’t sure about what to send, we have you covered. We have a list of cute texts for Virgo men you can use for good morning texts and flirty texts. For an established relationship (or just a bit of extra romance), you can visit our guide to love letters for a Virgo man.

In most cases, not getting a text from a Virgo man just means he’s busy or taking extra time to think about what he wants to say. Stay calm, and wait for a response. A Virgo man doesn’t like confrontation, so don’t push him if your Virgo doesn’t text back. With a little patience, you’ll likely get the response you’re looking for.