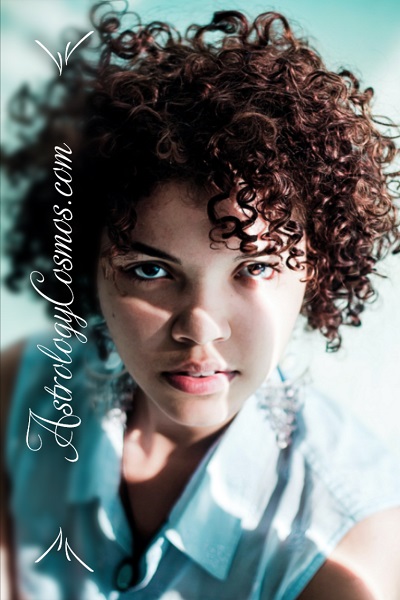 Though each relationship is based on the unique experiences that the individuals share with each other, there are some common traits that may make certain partnerships difficult. This series of articles doesn’t mean that people who have these qualities are unable to maintain a successful relationship with each other, but rather that they may need to be mindful about how they interact with each other.

Considering this, you should watch out for certain indications that a problem may be on the horizon. Similarly, there may be issues that appear due to differing values or ambitions. This is often the case when two individuals are similar, yet their natural tendencies are focused in opposite directions.

To aid you at this time, we invite you to read through our series of articles about how to navigate your relationship with each zodiac sign. You will find that regardless of the situation that you find yourself in, the positive and negative aspects of your traits may require you to think about your partnership in a different manner.

Additionally, we invite you to consider how the other aspects of your life may influence you. The hidden side of the cosmos may cause you to behave or react in certain ways, especially when it comes to the esoteric attributes of your friendship or romantic relationship. Considering this, you will serve yourself well by learning about an eclectic collection of miscellaneous topics.

While it may seem counterintuitive, whether or not two astrological signs are compatible or not rarely has anything to do with the stars alone. Instead, the forces that shape each of our personality traits may be more important than anything else. That is to say, while the influence of the zodiac may be fundamental to an individual’s life and relationship, there are controllable aspects of your values, ambitions, and actions that are more important.

Throughout their lives, Aries people are goal-oriented to the extreme. Known for their straightforward behaviors, they often find themselves in conflict with the people in their lives. This fundamental interaction is able to be overcome, but it certainly will influence their decisions. Unfortunately, when an Aries man or woman has these dynamics repeated in their lives, it is possible that they will become hard or callous, which may have a major influence when it comes to what sign an Aries hates.

Unfortunately, a Taurus man or woman may be negatively impacted by the experiences in their lives. While this may be due to their laid-back nature, this fundamental aspect of their personality is unlikely to alter. Instead, they may choose to remove themselves from the emotional instability that comes from maintaining emotional relationships. When it comes to manipulation, Taurus people often find that their patience is limited. It is certain that such stressful situations may influence what sign a Taurus hates.

As unfortunate as it may be, the multifaceted life of a Gemini individual may have a detrimental impact on their social and emotional relationships. While this doesn’t mean that they are prone to lying or anything, it could be a sign that they are more likely to keep their perceived antagonists uncertain about the truth of any given situation. This may cause them to pull away from individuals who tend to make them feel uncertain or unsafe at times. Considering this, it is likely that social insecurities may influence what sign a Gemini hates.

Known for being reclusive, a Cancer man or woman may be secretive due to their social relationships, rather than the influence of the zodiac. Because people often attempt to pry a Cancer open, especially when it comes to their emotional doubts and fears, they often withdraw from the public eye for protection as much as tranquility. Considering this, individuals that are disrespectful of norms and structure may find that they are removed from the lives of Cancer men and women. It is certain that these qualities have major impacts on what sign a Cancer hates.

As both a social mechanism to bring glory to themselves and as a tool to defend from unwanted individuals, the boisterous nature of a Leo person greatly influences their lives and relationships. For better or for worse, this will bring people into their lives who are willing to be in a situation that is often stressful. Unfortunately, this may cause a Leo man or woman to be impacted by unwanted situations. It is likely that this shapes the way that they navigate their lives and what sign a Leo hates.

Striving for perfection in all things, Virgo individuals may find themselves at odds with nearly everyone in their life. Their values will certainly shape the way that they interact with others, and it is likely that people of a similarly critical mindset will have subtle differences that a Virgo man or woman may find unbearable. Likewise, deeply flawed individuals will certainly earn their ire as well. Because of this, there may be many influences that shape what sign a Virgo hates.

Known among the astrological signs for being excessively judgmental, a Libra person may nitpick, critique, and harass the people who are in their life. In response, those people may choose to be similarly sharp with them. Should there be personality conflicts present, especially those based on the influence of the stars, it is likely that such a situation will come to a head. Once crossed, a Libra man or woman rarely forgives those who trespassed them. You can be certain these aspects will have a major impact on what sign a Libra hates.

Depending on their goals, a Scorpio person may choose to allow their true personality to shine, or they may choose to wrap themselves in mystery and uncertainty. Unfortunately for the people in their lives, it is possible that they may choose to behave in a dynamic manner that causes them to appear disinterested at times. This is often magnified upon itself due to disagreements or arguments. In time, this may lead to a gulf between people who are unable to overcome these issues. These are fundamental aspects of the personality of a Scorpio man or woman that influences what sign a Scorpio hates

Because they are individuals that tend not to be bound by conventional norms or social mores, a Sagittarius man or woman may cause others to recoil from them. This, of course, is not a universal quality, but rather a commonality that is influenced by the stars of the zodiac. This may manifest in different ways in the lives of various people, but it is certain that there will be a certain unorthodox nature of the personality of a Sagittarius person. Undoubtedly, this will have an impact on what sign a Sagittarius hates.

Rarely, someone who is willing to mince words or compromise, a Capricorn man or woman is someone who tends to make people feel pushed aside. In turn, people often choose to be more direct and assertive when it comes to their interactions. This may spiral into a situation where each person becomes more aggressive or sharp, even when there is no reason for this to occur. In times of stress, these attributes may become more apparent. Considering this, you can be certain that this will have an inordinately large influence on what sign a Capricorn hates

The cosmic influence upon those born under Aquarius is at its most fickle, which tends to cause these people to behave in ways that cause others to feel that they are unreliable. At best, they are interesting individuals who cause others to be in a state of wonder. At worst, however, their personality tends to damage relationships due to their thoughtless behavior of faithless actions. Considering this, those who value reliability often find themselves at odds with Aquarius people. Certainly, this has a negative impact on their relationships and is a sure sign of what sign an Aquarius hates.

Prone to an empathetic quality that is often described as borderline psychic, a Pisces person tends to read into situations. At times, they may have an incorrect understanding of the reality of the situation. This may lead to errors in judgment or outright disrespectful behaviors. Of course, a Pisces man or woman may earnestly believe that they are behaving in accordance to the wishes of the person that they are offending, which often comes off as patronizing. With this in mind, this shapes the way that they navigate their lives and what sign a Pisces hates.