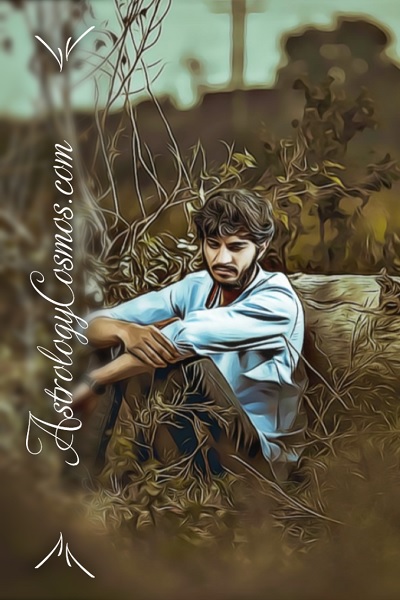 You may find that the Virgo man in your life may behave in a manner that makes you feel that he may have decided to focus his energy away from your relationship. When a Virgo man becomes distant, it likely indicates that something that happened between the two of you may have impacted his feelings for you. Remain aware that there may be other aspects of his life that are absorbing his attention at this time as well. If you choose to have a conversation with him about his choice to distance himself from you, then it is important to be attentive to his behaviors throughout your discussion.

If you are interested in learning about what happens when each zodiac sign becomes distant, then be certain to take this opportunity to discover how the other astrological signs may behave when they become distant.

What Happens When a Virgo Man Becomes Distant

If you notice that a Virgo man has become dissatisfied, then it is possible that you will also notice that his behaviors may reveal that he is removing himself from your presence. His friendships and romantic relationships are important to him, and this causes him to only nourish relationships that he believes are healthy and beneficial. Should you make the decision to treat him disrespectfully or poorly, you will discover that he will distance himself from you. While this doesn’t necessarily mean that he is done with you, it should make you consider the future of your relationship.

When a Virgo Man Ignores Your Messages

It is possible that a Virgo man will realize that he is no longer interested in responding to you. When a Virgo man ignores your messages on social media or other messaging applications, he may also make the decision to not answer your calls. For him, a relationship that is failing may not be worth putting any effort into, especially if he is aware that any conversations that the two of you may have will be stressful or unpleasant. These behaviors indicate that there is an issue that needs to be discussed, though it may be hard to do so as he may be ignoring you.

When a Virgo Man Takes a Long Time to Respond

Should it come to your attention that a Virgo man takes a long time to respond to you, it is possible that there are various influences in his life that are causing him to behave this way. Commonly, he may be busy with a project or another conversation, and you will find that being patient and considerate will go a long way. Of course, it is possible that your statements or actions may have made him decide that he doesn’t want to speak with you. Be careful not to jump to any conclusions at this time, as that may inform him that you are high maintenance or inconsiderate.

When a Virgo Man Ghosts You

If you are uncertain as to what it means when he ghosts you, then you should take this time to determine if your recent interactions influenced his behaviors. When a Virgo man ghosts you, it generally means that you have made him seriously annoyed or frustrated. Disrespectful statements will cause him to realize that he does not want to put up with you, and he may decide that the best option is simply to remove himself from your life without an explanation or closure.

When a Virgo Man Blocks You

When your behaviors may him feel unsafe or harmed, then he may make the decision to block you. This generally happened if you have purposefully insulted or offended him, though it can occur even if you have treated him poorly on accident. When a Virgo man blocks you, it likely means that your relationship has concluded. Abstain from reaching out to him, as this will likely only push him further away. Give him time, as this will help him decide what type of relationship, if any, that he wants to maintain with you.

When a Virgo Man Ignores You in Person

You may find that he will begin to ignore you or not respond to you. When this happens it should make you realize that your behaviors may have made him realize that your relationship isn’t worth his attention. Of course, it may mean that there is something on his mind or that he is focusing his attention on something else at this time. When a Virgo man ignores you in person, it is important that you remain considerate and respectful, as his behaviors may be temporary.

When a Virgo Man Responds With Short Statements

It is possible that you will find that his behaviors seem to indicate that he doesn’t know what to say to you or that he doesn’t have time for you. When a Virgo man responds with short statements, it may simply mean that he is uncertain about what to say. He may be maintaining a conversation with someone else, so he is choosing to focus his energy on that relationship. If you are speaking with his friends, then their behaviors may provide you insights in regard to his feelings.

When a Virgo Man Avoids You

When a Virgo man avoids you, it is likely that it means that he is no longer satisfied with your relationship. If you notice that he turns and walks away when he sees you, then you should be aware that he may feel that you have insulted or offended him. When a Virgo man becomes distant, he may choose to separate himself from you without giving you a reason for doing so. Instead of reaching out to him at this time, you should give him the space he needs to realize what he wants for the future of your relationship.

When a Virgo Man Is Rude

As he distances himself from you, a Virgo man will give you various signs that he doesn’t want to speak with you. If you choose to ignore his behaviors and attempt to force the issue, then it is likely that he will make the decision to push you away. When a Virgo man is rude, it means that he has reached a point where he realized that you are not interested in listening to him. This may influence him to treat you in a harsh or cruel manner.

You may feel that he has chosen to remove himself from your life without an appropriate reason. If a Virgo man decides to ghost or block you, then it means that there is an issue that you will have difficulty overcoming. However, there are situations where you can address the problems that he has with your relationship. If he gives you the chance to share yourself with him, then remain mindful of his body language and reactions. Be certain to take this opportunity to learn how to get a Virgo man to forgive you.