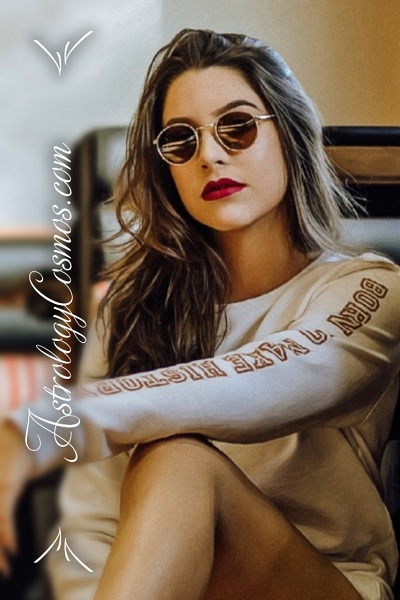 Some people just weren’t made to get along well together, no matter how much they try. If you’ve ever wondered, “What sign does Aquarius hate?”, you’re in luck. We’ve compiled the signs Aquarius is most likely to hate as well as ways these signs can overcome their differences when they’re forced to work together.

Because each individual is influenced by both the stars of the cosmos and their personal experiences, the range of incompatibility runs the gamut. However, there are certain common interactions that tend to rub each person the wrong way. Of course, this doesn’t mean that these relationships are doomed to fail, but rather that each person may need to be mindful of such issues. Considering this, we welcome you to read our entire series about what sign each zodiac sign hates.

So, what sign does Aquarius hate more than any other? In general, Aquarius will likely have problems when they deal with Capricorn, Leo, and Taurus. While it’s always possible for self-aware people to navigate some of these issues, these are definitely signs where Aquarius can run into problems.

In general, Aquarius tends to struggle to stay friends with Capricorns. While Aquarius has a fiercely independent streak, Capricorn likes to remain in control. The last thing Aquarius can handle is giving up the reins and letting Capricorn micromanage an entire project.

Even when Capricorn and Aquarius can let go of their need for control, the relationship is still likely to struggle. When these two are together, everything is extremely boring. For a viewer, seeing these two talk is like watching the most tedious interview ever.

These two also are a mismatch when it comes to their values. Capricorn likes rules, consistency, and staying at home. In comparison, Aquarius loves freedom and exploring the world. Aquarius needs someone who can dream big, and Capricorn is never going to be that person.

What sign does Aquarius hate more than any other? Some would say that Aquarius and Leo are born to be natural enemies. When two people are so far apart, it is just impossible for them to get along well.

You know how some people meet and become instant friends? With Leo and Aquarius, you normally see the opposite reaction. In fact, Leo is often quite toxic for poor Aquarius.

While Aquarius wants their freedom and independence, Leo seeks to stifle Aquarius’ free-spirited nature. Such a free spirit cannot be happily constrained for long. Aquarius will eventually want to break free, and then Leo had better watch out!

Meanwhile, Leo struggles to deal with the flighty nature of Aquarius. When Leo tries to bring up the top, Leo tends to be a bit too critical. In response, Aquarius feels attacked and shuts down.

Fun fact: The same explosive passions that make them so terrible in friendships and relationships are one of the reasons why Leo and Aquarius are quite compatible in bed. Unless both people want to be friends with benefits or one-night stands, they’ll have to do a lot of work to get along.

Aquarius’ independence can verge on domineering at times, which can be a major issue for the arrogant Leo. Leo and Aquarius both want to be the boss, and Leo is unwilling to stop being the center of attention.

While Aquarius appears aloof, Leo is all warmth and friendly charm. These two attitudes can end up clashing if they spend a lot of time around each other. This is especially true because both signs are quite ambitious, and they know what they want.

Leos need to be validated and liked, which is a problem when Aquarius is on a flighty adventure somewhere else. Meanwhile, Aquarius can’t handle being controlled, and Leo has a very clear idea about how Aquarius should (and shouldn’t behave). Unless someone is willing to make changes, a friendship between these two zodiac signs just isn’t in the cards.

Aquarius typically believes that Taurus is too relaxed and comfortable. This comfort, Aquarius feels, stops Taurus from seeing the big picture and going after what they want. Since they are both fixed zodiac signs, they do have at least a basic understanding of each other.

One problem with this pairing is that they both express their emotions in a similar way. Taurus is unlikely to open up, which is a problem because Aquarius is emotionally cold. Aquarius is more likely to rationalize the way they feel with logic than just feel affection for a friend or romantic partner.

Meanwhile, Taurus needs reassurance from friends and partners to feel happy and secure. Aquarius is too detached to provide this reassurance, which can end up making Taurus insecure. These curious signs may eventually spend time together because of their curiosity, but their curious natures won’t be enough to keep them together forever.

Leo and Aquarius can both be a bit domineering, which can lead to problems. Aquarius is independent and aloof, which hinders Leo’s need for constant attention, validation, and control. Meanwhile, Aquarius just can’t handle the idea that Leo would ever tell Aquarius what to do.

When these two get together, they generally end up fighting for control. Neither one wants to give up their independence, and both partners think that they are right. Before long, minor disagreements can become explosive disputes if these two aren’t careful.

How an Aquarius Can Become More Compatible

Although Aquarius won’t naturally get along well with Capricorn, Taurus, and Leo, they can overcome these issues by being self-aware and realizing their personal challenges. After you learn “What sign does Aquarius hate the most?”, the next step is figuring out how to get along with these signs in the real world.

For these two to get along, they need to learn how to divide their time. Homebody Capricorn needs some relaxing nights at home. In trade, Capricorn should spend some time going on adventures with independent Aquarius.

Since this pairing tends to be quite boring, Aquarius and Capricorn need to do something to liven up their friendship or relationship. Joining a sports team, taking a class together, or planning a getaway together are all excellent ways to take some of the boredom out of this pairing.

Leo and Aquarius might not be destined for greatness, but they can get along if they are determined to make some changes. While they can both be a bit controlling and domineering at times, they have some good qualities they can use to make the relationship work out.

Unlike some zodiac signs, Aquarius men and Aquarius women are known for being quite loyal in their personal relationships and friendships. The same thing is true for Leo. If Leo and Aquarius can learn to overlook their differences, their loyalty and fiercely protective nature for loved ones can help their relationship work out.

If Taurus and Aquarius are willing to change their perspectives, this relationship doesn’t have to be doomed to fail. Instead of seeing Aquarius’s behaviors as aloof and domineering, Taurus can try thinking of Aquarius as strong and mysterious.

Aquarius must temper their annoyance at Taurus’ slow-moving nature. Instead of thinking of Taurus as lazy or slow, Aquarius should see it as a challenge. It is through Aquarius’ drive and ambition that Aquarius can be catalyzed to move. These two might not make a great pairing right away, but they can eventually get along if they work at it.

Figuring out what sign Aquarius hates the most is the first step. After learning which signs struggle to get along, the next step is learning how to navigate these differences as well as possible. Because individuals can vary, there is still potential for these partnerships to work out if both partners are committing to working on the relationship.