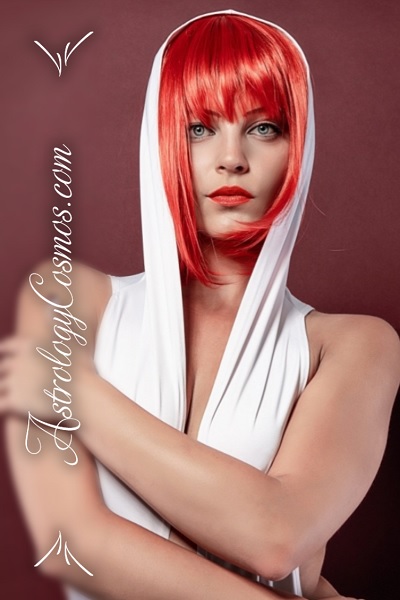 These ambitious worker bees are practical and goal-oriented people. While there is a lot to love about Capricorn, it isn’t surprising a lot of people want to know, “What sign does Capricorn hate?” If you are one of the following signs, you might want to think twice before becoming close friends or partners with a Capricorn.

Because each individual is influenced by both the stars of the cosmos and their personal experiences, the range of incompatibility runs the gamut. However, there are certain common interactions that tend to rub each person the wrong way. Of course, this doesn’t mean that these relationships are doomed to fail, but rather that each person may need to be mindful of such issues. Considering this, we welcome you to read our entire series about what sign each zodiac sign hates.

The question of the day remains: What sign does Capricorn hate? While there is always room for individual variation, Capricorn is more likely to hate Aquarius, Aries, and Libra than any other zodiac sign.

Capricorn has a tendency to be quite practical and traditional. This can annoy Aquarius, who is free-spirited and loves to try out new things. While Aquarius is ready to pack for a weekend adventure at a moment’s notice, Capricorn shudders at the idea of doing anything that hasn’t been planned out first.

In friendships and romantic relationships, these partners will struggle to express themselves emotionally. Neither sign is good at talking about their feelings, which can quickly become a major issue. When you have two signs with such different personalities, there is little hope of relationship success if the partners can’t talk openly about how they feel.

Because they have so many personal differences and differing values, these partners often struggle to find something to talk about. Aquarius wants a friend or partner who will dream about the future with them, but Capricorn would rather make concrete plans over dreaming about an unknown event. Capricorn is just too firmly grounded to ever have their head in the clouds.

Capricorn and Aries will always struggle to get along together. The impulsive Aries is known for being fairly hot-headed, which is definitely a turn-off for the rational, rule-bound Capricorn. In arguments, Aries will get heated, and Capricorn just can’t handle the excessive emotions Aries generates.

In relationships, these partners are unlikely to be very affectionate. This can be a problem because they don’t have an emotional grounding in the relationship as well. Unlike some signs, they can’t just use a physical connection to overcome their emotional and intellectual incompatibility.

Aries can be impulsive, but that doesn’t stop Aries from feeling like they’re right all the time. Even when Aries is clearly wrong, they are likely to hold their ground (especially if someone has publicly called them out on it already). Meanwhile, Capricorn won’t budge either, which makes arguments especially volatile between the pair.

Capricorn likes to keep their feet firmly on the ground, which can be an annoying habit for the go-getting Aries. While Aries wants to dream and accomplish great things, Capricorn is focused on creating milestone goals and rules for reaching a dream. Since Capricorn is more than happy to tell Aries when they think Aries is wrong, these traits can quickly annoy Aries.

To Aries, Capricorn also seems especially boring. They’ll quickly lose patience with Capricorn’s methodical processes. Before long, any potential for friendships or relationships will be lost in a battle between their egos.

While Libra loves to party and be the life of the party, Capricorn could care less about the limelight. When it comes down to it, Capricorn has a fairly strict nature and can be a bit of a homebody at times. The idea of constantly socializing with a bunch of random people is not Capricorn’s idea of fun.

Libra would love to get along with Capricorn because people-pleasing Libra likes to get along with everyone. However, Capricorn hates the way Libra spends money like it’s going out of style. Plus, Libra is a bit too free-spirited for the rule-bound Capricorn.

While there are some advantages to having these two zodiac signs together, Libra and Capricorn are a fairly incompatible match. An air sign and earth sign just don’t blend well. While Libra is more free-spirited and independent, Capricorn is an earth sign that is focused on the here and now.

Discussions between these two signs can quickly turn into arguments. Capricorn wants to prove their point and will be quite pushy about it. Meanwhile, Libra wants everyone to get along and tries to bring about harmony. Because of this, the pair will likely spend their time bickering instead of enjoying each other’s company.

Out of all the zodiac signs, we think Aries is most likely to become Capricorn’s enemy. Their personalities are just too different to get along well for long.

Capricorn will think Aries is impulsive, pig-headed, and hasty. Meanwhile, Aries will quickly despise the methodical way Capricorn wants to do anything. For fiery, passionate Aries, earthy Capricorn is far too grounded and practical.

Worse still, these partners can both be stubborn in their own way. When Aries gets annoyed at Capricorn’s rule-following (or Capricorn becomes frustrated with Aries pie-in-the-sky goal-making), they won’t give in. Before long, they’ll end up exploding into passionate arguments that only drive the two signs further apart.

How a Capricorn Can Become More Compatible

While the answer to, “What sign does Capricorn hate?” is fairly clear, it doesn’t have to be set in stone. You can become more compatible by deliberately learning how to work with the positives and negatives of your zodiac sign. Aquarius, Libra, and Aries might not naturally be good fits for Capricorn, but they can become better partners if everyone is willing to put in a bit of effort.

For these zodiac signs to work, Capricorn must be willing to spend some time actively dreaming with Aquarius. An adventure or two would also go a long way toward convincing Aquarius that Capricorn isn’t some boring fuddy-duddy.

Meanwhile, Aquarius needs to embrace Capricorn’s traditional side and rule-following. Capricorn is a practical person, and this isn’t going to change. Unless these partners can learn to openly talk about their emotions and appreciate each other’s unusual qualities, they won’t get along for long.

Capricorn must understand that Aries is an impulsive go-getter. Because of Capricorn’s love of rules and making plans, Capricorn could actually be the perfect companion for Aries if they overcome their issues. Whenever Aries makes a new dream, Capricorn would be excellent at creating the groundwork for achieving it.

Aries needs to appreciate Capricorn for who they are instead of being bored by Capricorn’s practicality. Since they don’t talk about their emotions, they must actively work to express their feelings in a constructive, useful way. Most importantly, both partners must learn how to let the other person be right from time to time.

For this pairing to work, Capricorn must be willing to socialize with Libra sometimes. In turn, Libra must respect that Capricorn wants a few nights at home. Additionally, Libra may want to accept Capricorn’s offers of budgeting help.

Libra is free-spirited, which can be a problem for earth signs. The only way to deal with these differences is by accepting them and learning to live with them. Libra won’t become a stable homebody, and Capricorn will never be a social butterfly. It is only by accepting each other’s innate qualities that these two zodiac signs can ever be friends or anything more.

Now that you know the answer to, “What sign does Capricorn hate?”, you can figure out which zodiac sign you want to befriend or date. You can also use your new knowledge to figure out ways to make these pairings work. It might not be the easiest option, but it is possible to overcome incompatible signs if you really work at it.