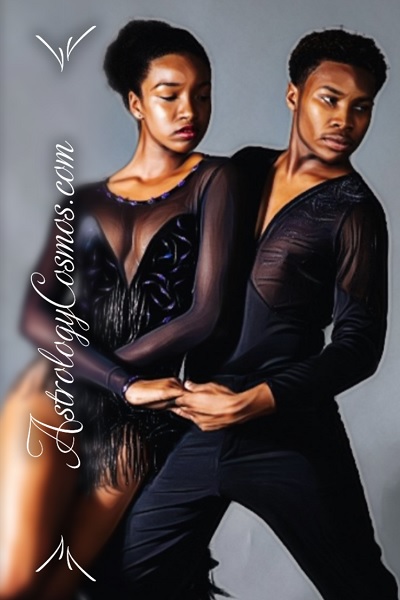 If you are interested in learning who are the most pretty zodiac signs, then you will find that this exhaustive article will provide you with the information that you seek. While there is no way to objectively determine what makes someone attractive, it is certain that you will better understand that each zodiac sign in beautiful in their own way. There are numerous ways to gauge the appeal of an individual, though this article will focus on how each zodiac sign is physically attractive.

What makes a man handsome or a woman alluring is subjective to each individual, so it is important to be aware of your personal biases while reading this article. Similarly, every person has their own genetic, medical, and social histories, which certainly influences the actions they take and the way they present themselves. It is important to account for individual choice and action when learning about each zodiac sign.

If you are looking to learn more about how the stars influence our features, then take this time to learn about the qualities according to the astrological signs.

Foremost of the signs, Aries men and women are individuals who throw themselves into the world. Because of this, they tend to be athletic and toned individuals. If they choose to lead an active lifestyle, then it is likely that they will be slender, sinewy, and powerful. It would be common to find an Aries man or woman focusing their energy on activities that require risk-taking, as the thrill of adrenaline and danger is what drives them. Characterized by the sprinter, there is no one who can quite match the initial burst of energy of an Aries man or woman.

Known for their endurance and determination, Taurus men and women are famous for their ability to go the distance. Tough and sturdy, there is nothing that can prevent a determined Taurus man or woman. Should they decide to maintain a healthy diet, their muscles will be thick and dominant. It is expected that an indulgent Taurus man or woman may enjoy relaxation, so do not be surprised if they carry extra weight. Fortitude is inborn in all Taurus men and women, and it is certain that their deliberate energy is best described by the example of a long-distance runner.

Dynamic and adaptable, Gemini men and women are capable of navigating anything that comes their way. Often quick and nimble, you may find that they will be exceptionally light on their feet and dexterous in their ability to manipulate objects. When they are active, it is likely that they will be slight, yet solid. It is common for a Gemini man or woman to pursue creative goals, so a bookish appearance could be expected. Radiant, it is likely that they will seem to be taller or more apparent than they actually are. Their acrobatic energy often causes them to be portrayed as gymnasts.

The physical characteristics of Cancer men and women are stereotypically broad or shapely. It would not be uncommon to find a Cancer man or woman in the water, as they find the buoyancy supports their exercise regimen. If they make the decision to be athletic, then it is likely that they will be powerful figures. It is likely that their muscles will be hidden by weight, though this is not always a reflection of their dietary choices. Cancer men and women will find that they hold their excess stockiness in a particularly attractive manner, which causes them to be characterized as intense fitness enthusiasts.

You will find that the physical appearance of Leo men and women are powerful and broad. When they enter a room, you may find that all eyes turn in their direction due to their presence. When a Leo man or woman makes the decision to maintain a healthy lifestyle, they are often described as larger than life, even if they are lighter than the average Leo individual. Generally broad across the chest and muscular around the shoulders, you will likely understand why they are most commonly described as bodybuilders.

Known for being svelte and sprightly, it is certain that you will find that a Virgo man or woman is capable of exceptional feats. Graceful and refined, Virgo men and women often find themselves silently appreciated by all. If they have chosen to be healthy, they tend to appear deceivingly delicate. They often react with instinctual swiftness and power, which allows them to be skilled at whatever they put their minds to. For this reason, Virgo men and women are often associated with the noble art of fencing.

Libra men and women, known for their desire for balance, often are physical manifestations of these values. Neither too thin nor large, a Libra man or woman often makes the decision to maintain a healthy and moderate lifestyle. Fortunately for them, their natural physique is among the most beautiful of the zodiac signs. They are capable of decisive action, which is expressed by their fit muscles and quick response time. It is certain that you will find that a Libra man or woman may be best classified among those who soccer, or football as it is more commonly known.

Renowned for their capacity to overcome obstacles, Scorpio men and women are generally powerfully built individuals. Their muscular strength makes up for any excess weight, and they are nearly universally known for being beautiful or handsome. Their features may be simultaneously heavy and sharp, which causes them to appear to be vigorous individuals. It is expected that a Scorpio man or woman is described as dark and mysterious. They are commonly associated with aggressive athleticism, specifically lacrosse.

Sultry and eclectic, it is certain that Sagittarius men and women are among the most proportional of the signs. Their naturally energetic nature causes them to seek adventure wherever possible. You can expect that they will be drawn to athletic pursuits that involve their legs, as they are known for their particularly attractive thighs and rear. They often have good posture, which allows them to be naturally healthy and charismatic. It would not be uncommon to find a Sagittarius man or woman spending their time playing tennis.

Capricorn men and women are capable of achieving whatever they set their minds to. This trait is reflected in their body type, which is often described as rugged and solid. Do not be surprised if you notice that the Capricorn man or woman in your life is capable of doing the impossible. Should they make the decision to be healthy, it is certain that their muscles will be prominent and attractive. Disciplined, Capricorn men and women are often found pursuing their physical goals. They are often characterized as rock climbers.

There is no way to describe the uncanny ability of Pisces men and women to appear to be attractive to every individual. A Pisces man or woman will express themselves in a vivid manner, and they will make great effort to appeal to your desires. You can expect that they will reveal their skin, especially their feet when around people that they are interested in. It is likely that you will discover a Pisces man or woman enjoying a pleasurable walk rather than in vigorous competition. If they are interested in athleticism, then they often enjoy synchronized swimming.