When you are maintaining a relationship with a Pisces man, you will realize that he is the most emotional of all signs. While others are greatly influenced by their heart, a Pisces is ruled by it. It is helpful to be direct with the Pisces man in your life, as he may be naturally shy. As the relationship progresses, you will likely find that he will become less withdrawn. Once committed, he will certainly embrace the concept of love and may speak about soulmates. His sensitivity may increase as he opens himself up to his partner, so ensure that you always behave in a positive manner. When you notice that he becomes more emotionally available than before, then speak with him about your thoughts and feelings at that time.

If you are looking to learn what are the signs each zodiac sign is ready to commit, then we invite you to consider reading our entire collection about commitment. You will find great benefit in learning everything that you can about how to have a healthy relationship with a Pisces man, so be certain to avail yourself of the information available without our collection of articles on the subject.

Signs a Pisces Man Is Ready to Commit

The most important thing to remember about a Pisces man is that he is a gentle soul. He cares deeply for the people in his life, and is interested in nourishing peaceful and respectful relationships. If his partner is harsh or chooses to not share their personal feelings, then he may begin to feel that his partner is not ready to commit to the relationship. If he is hesitant to commit, then it is likely that the relationship will benefit from a serious discussion about the future.

His intuition will guide his actions, so he likely will not behave in a rational manner when he becomes ready to commit. It is possible that he has been manipulated before, so he may be uncertain about the true feelings of his partner. If he had a previous relationship that harmed him, then he will move slowly and deliberately. When his partner shows that they are willing to open themselves up, then he will likely feel more confident about the future.

Affection and caring behaviors will strongly indicate that a Pisces man is ready to commit to a relationship. Signs a Pisces man is ready to commit will include a host of emotional and intellectual conversations. He will attempt to learn about the goals and values of his partner. It is possible that their spiritual beliefs will flavor this relationship. Loyalty is important, and expressions of trust will prove that his partner will maintain a respectful and loving partnership.

Pisces men value space and their personal time, which may cause their partner to feel uncertain about their true feelings. This desire to be alone gives the Pisces the time to recharge their energy. On the other hand, their attachment to their partner will cause them to spend the rest of their time together. This is not because they want to be confusing, rather it is just an aspect of their character. His natural creativity may take up much of his time, though his art will not fill the emotional needs that he has.

His behaviors may be puzzling, as a Pisces man often behaves in a manner that is confusing. Signs a Pisces man is ready to commit may be a change in his naturally ambivalent behaviors. He will likely begin to be direct and certain in his actions. He may become assertive in regards to his goals within the relationship. This is a sign of his deep feelings becoming more solid and secure. When he starts speaking of travel and the future, it is an indication of his thoughts of commitment.

Spirituality is often important to a Pisces man. If this is the case, then he may be interested in revealing what drives his soul and morality. He may feel that his partner needs to move toward his beliefs, which may cause problems for being who are truly attached to their belief system. Together with this, he may also feel a sense of fate or destiny. If his partner does not share those feelings, then it may cause him to feel uncertain or confused about the future.

Will a Pisces Man Ever Commit

When he feels that his partner's emotional feelings have matured, he may begin to speak of commitment. He may intuitively realize that his partner wants what he wants. When that is the case, he should share his desires of nurturing the future of the relationship. He will likely dream about the future throughout the start of the relationship, and he will work to see those fantasies turn into reality. It is possible that this may manifest in the way that he chooses to express himself.

At the start of a relationship, he may be likely to flee whenever he feels that his partner is not committed or treats him in a manner that he does not feel he should be treated, rather than speaking about his concerns. When the relationship progresses, he will become more likely to discuss the worries and questions that he feels he needs to addressed. He will view these experiences as a sign that the relationship has a viable future.

He will be more willing to support his partner and remove barriers that may be preventing their success. A desire to grow with his partner will overtake his actions. He will allow his partner to be free, but he will want to spend additional time together. Additionally, he will want to maintain a strong mental connection, as understanding the thoughts of his partner will help him identify the type of future that they want to share with each other.

A committed relationship, once determined, will be the sole focus of the Pisces man's life. He will want to be part of every aspect of his partner's life. He wants to make memories together, as this will give him something to relive when he is alone. Signs a Pisces man is ready to commit may also include his expressions of empathy. He will want his partner to be fully aware that he will always be at his partner's side.

He will embrace the notion of romance. This could manifest as him reenacting scenes from a movie that he and his partner appreciate. Social norms may dictate these actions as well. These actions come from the heart, as he is aware of the atmosphere that the scene in the movie attempted to reveal. He will cherish his partner, and likely want to let everyone in the world know about the smallest events in the relationship.

Through reflection on the relationship, he will make a decision about what he feels is appropriate for the future. He will attempt to behave in a manner that is less selfish. He wants his partner to help navigate this relationship. You may notice that he is highly intuitive regarding body language and vocal cues. Nourish this relationship by spending as much time as possible together. Respect and trust are the foundations of this relationship. 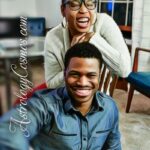 When maintaining a relationship with someone, regardless of your current ...

END_OF_DOCUMENT_TOKEN_TO_BE_REPLACED 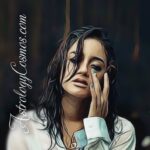 When you maintain a relationship with a Libra woman, it will likely come to ...

END_OF_DOCUMENT_TOKEN_TO_BE_REPLACED 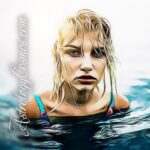 This article has found its way into your life because you are considering ...

END_OF_DOCUMENT_TOKEN_TO_BE_REPLACED 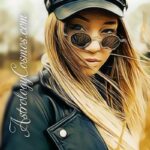 As you enjoy the social relationship that you nourish with a Capricorn ...