Last Updated on May 12, 2020 by Cassandra Nostredame

When a fiery Aries woman and Aries man develop a relationship together, the result is irresistible passion. The first spark of the relationship quickly erupts into uncontrollable lust and strong emotions. For both partners, the beginning of the relationship is filled with mutual possessiveness, smoldering jealousy and combative engagements.

A relationship that lasts between an Aries woman and Aries man is rare. Many affairs between Aries lovers end as quickly as they began They leave only blackened ashes and flickering embers behind.

When there are successful pairings, the result is a lifelong connection full of success, beauty and shared glory. Learn more about the relationship compatibility between an Aries woman and Aries man by reading on.

A Relationship Between an Aries Woman and Aries Man

Aries is known for its fiery energy, cardinal qualities and masculine vigor. This sign is ruled by passionate and combative Mars. The natural male energy of an Aries man only magnifies these attributes and creates a super, uber Aries. Depending on the moon, planets and other factors during the birth of an Aries man, he has the potential to be a physical and emotional avatar of the god of war.

An Aries woman who wants to achieve a committed relationship with an Aries man needs to understand that his nature is one of demanding desire. Whatever he wants should only be given after she has gained what she yearns for.

An Aries man takes and takes until he has taken everything that he wants. Then, he vanishes like a puff of smoke. To ensure that he hangs around, the Aries woman should use the tactics given to her by the god of war (or goddess of war in her case).

The receptive female energy compliments the natural tendencies of an Aries. Without a doubt, an Aries woman has the capacity to outflank and conquer her Aries contender on the battlefield of love. Manifesting the raw power of the Amazons, an Aries woman will never submit to the will of an Aries man. To her, it is his place to look up to her as the vanquisher goddess she personifies.

An Aries man who seeks to be successful in a relationship with an Aries woman needs to follow the guidance of Mars. Both partners seek victory, but neither is interested in predetermined triumph. An Aries man should enliven the relationship to keep his partner interested. Without conflict or competition, an Aries woman may become bored with her partner. He needs to be intelligent, attractive, energetic and beyond her expectations whenever possible to keep her focused on him.

He should be willing to give her what she desires, but he must remember to keep the price interesting. To an Aries woman, victory is hollow if it is without glory. An Aries woman must work hard to keep an Aries man impressed and remember that beauty and honor for one partner bring beauty and honor to the other. An Aries woman won't settle for someone who is unwilling to better himself in a wide variety of ways, especially if that man is an Aries.

His forcefulness of character requires the Aries man to attempt to dominate any relationship that he is in. An Aries woman, equally powerful in her abilities and attributes, has the potential to rival her partner. This rivalry, fueled by mutual respect and the need to reign supreme, causes both partners to compete at unprecedented levels.

An Aries woman who is prepared for battle often ends up domineering her partner, who may not be well-versed in dealing with a powerful woman. If this tendency is left unchecked, a victorious Aries man may become autocratic and forceful. Between an Aries woman and Aries man, the battle and the relationship become inseparable.

The beginning of a relationship between two Aries people is filled with cosmic clashes powerful enough to rend the constellations you see in the night sky. This destructive energy has the potential to end a relationship once a victor is determined or if the battle becomes entrenched. Both people must keep their partners interested to maintain a successful relationship.

When things begin to stabilize, one partner or the other may attempt a bold strategy to gain the upper hand. Aries will never allow a strike to remain blocked or parry to be riposted.

When this wildfire of a relationship burns all of the fuel available, the two may find that they are ready to take on the world together. Woe to anything or anyone who stands in the way of an Aries couple!

At this point in the relationship, the two have merged into a terrifying machine that can't be stopped. Truly, a successful relationship between two Aries is an unstoppable force. The two may always be in competition with each other, but the targets become external goals and objects.

It is the responsibility of each partner to bring excitement into the relationship. Sadly, it is the nature of an Aries to become bored with the status quo. To keep the relationship faithful and secure, the adventure must never stop.

Jealousy and infidelity may be risks that are present in this relationship if the relationship stops being exciting. The only way to prevent these problems is to develop mutual respect and personal character--a bit of excitement is always a good thing as well.

If an Aries man or Aries woman finds that their partner betrayed their trust, then fury and scorn will be their punishment. Unfaithful partners become little more than scorched earth and a distant memory should they suffer the inevitable wrath of a maligned Aries.

Long-term relationships can be successful for partners born under Mars. Adventures, whether financial, spiritual or experiential, strengthen a relationship between an Aries woman and Aries man.

A couple that can survive until they become steadfast allies will likely last a lifetime. Shoulder and shoulder, this impassioned pairing will let nothing prevent them from reaching their goals. Fortune favors the bold, as the old adage goes, so be dauntless, fearless, and with limitless spirit.

The head, specifically the face and hair, are ruled by Aries. The adrenal glands are intertwined with the sexual organs and muscles of the body. This means they also follow the commands of Mars.

Every part of this relationship will be about dominance, control and power, especially sexual encounters. A relationship between an Aries woman and Aries man will involve energetic and passionate embraces of the lips, tongue, teeth and hair. The frenzy of sexual energy between the two partners may even be dangerous during the fevered heights of climax.

Sexual exploration is less important than energetic enthusiasm. That isn't to say that an Aries couple won't push the limits in the bedroom. Be prepared for passionate sessions that may be more similar to a wrestling match than lovemaking. It is important for an Aries partner to be athletic because neither partner is interested in wasting their time with someone who is unwilling to give it their all.

Covetousness runs through the blood of an Aries--especially in regard to a vibrant and powerful partner. An Aries woman is just as likely to look outside of their relationship as an Aries man if they find that their partner is unsatisfactory.

Exceptionalism is required for both partners. Mars is unrepentant in its desire for conquest and conflict. The only way to prevent infidelity is to meet the physical, intellectual, and emotional needs of an Aries partner.

Both partners will be interested in adventures that stimulate the senses and expand their minds. It is important for an Aries, especially an Aries couple, to enjoy what the world has to offer. They should go out on an adventure that is new for each person. The couple could also learn a new skill or conquer an old fear. Perhaps the pair could join an athletic team together and compete against other people who are interested in showing off their skills.

For cerebral Aries couples, the opportunity to develop a new program or write a timeless novel exists as well. Musically talented pairings can learn exotic instruments and enhance a genre of underappreciated music. Mixed partnerships will be nourished by the artistic talents of one Aries and the entrepreneurial skills of the other. A partnership blessed by Mars will only become more secure and successful with each enterprise established and every goal completed.

If either person finds themselves becoming tired of the experiences that they are having and both are willing, then moving to a new city or country is always an option. The world is wide open, and Aries are notoriously willing to expand their horizons. Learn a new language, develop an unusual career and take off into the unknown. There is nothing to be lost that can't be regained by a compatible coupling of an Aries woman and Aries man. 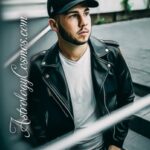 While you may want to do everything that you can to ensure that this ...

END_OF_DOCUMENT_TOKEN_TO_BE_REPLACED 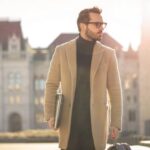 A Leo man contains various attributes, though he is most renowned for his ...

END_OF_DOCUMENT_TOKEN_TO_BE_REPLACED 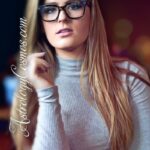 Throughout the course of your relationship with a Sagittarius woman, it is ...

END_OF_DOCUMENT_TOKEN_TO_BE_REPLACED 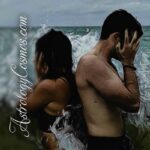 For those of you who have worked to maintain the emotional bond that you ...