Throughout your relationship with an Aries man, it may come to your attention that he is interested in maintaining a relationship with you. In general, Aries men are known for being direct about their feelings, though uncertainties may prevent them from taking action. They hate being rejected, and this may cause them to hold their tongue until they feel confident about the possibility of being successful. The following article was written to teach you how to tell when an Aries man is falling for you.

If you are looking to learn more about how to tell when each zodiac sign is falling for you, then you will be benefited by looking through our entire collection on the subject. Throughout the course of your relationship, it is certain that you will benefit from going through our article about how to have a healthy relationship with an Aries man, as this will provide you with a wide range of information that will help you successfully nourish your connection.

How to Tell When an Aries Man Is Falling For You

An Aries man may find that his feelings are based on his feelings of physical attraction toward you, though it is important to note that it is certain that he will not maintain a relationship with someone who he doesn't feel would be intellectually compatible. However, when he does take action, you may expect that he will attempt to spend additional time with you in person. Additionally, he will likely choose to share his feelings with you by being deliberate and clear with his speech. For additional insight into understanding Aries men, take the time to learn about how to attract an Aries man.

Each person will express their feelings in a different way, but an Aries man will likely choose to behave based on three major aspects of his life. His desire to experience excitement through adrenaline and energetic actions, so he may request that you join him in an athletic or outdoorsy event. Aries men, in general, are exceptionally intelligent people, so he may want to speak with you about cerebral subjects. Intimacy is important to him, which means he may attempt to quickly develop a physically romantic relationship with you.

The Actions of an Aries Man

You can expect that he wants to get his heart racing, and you may find that he will invite you on an excursion or event. An Aries man wants to do something that is risky, as this will offer him a high reward. You may find yourself hiking to a mountaintop or spelunking into a cavern. What follows are specific examples of what you may expect from an Aries man who is falling for you.

If the two of you haven't gone out on an adventure, then he may decide to ask you on an outdoor date. He may choose to invite a close mutual friend group outing, or he may ask that you on a solo date. Regardless, you can expect that his eyes will be on you, and he will share his knowledge of nature.

Not everything is about physical exertion, but rather the actions that make his heart beat faster. He may want to go to someplace that is known for its sensual pleasures. Museums are concerts are all on the table, as his interests may be eclectic. Of course, he wants to learn about what interests his love interest as well.

He is interested in showing off his talents, and he is interested in learning about your skills. More than anything, he wants to know that your relationship is compatible with regard to ambitions and activity level. This isn't a contest, but rather an earnest way that he chooses to judge the viability of his relationships.

The Ideas of an Aries Man

An Aries man may be interested in understanding the world through experiences, and he makes his goals based on his fundamental beliefs and ideas. When he is interested in someone, he wants to learn about what influences their decision-making processes. You may find that the two of you enjoy long conversations about each other's philosophies and ambitions.

You may find that an Aries man will begin to ask you about thought experiments or concepts. It is possible that he will request that you quiz his knowledge on a subject, and he will take any opportunity to reveal that he is an attractive and capable partner.

An Aries man will likely discuss the future, though this doesn't necessarily mean in regard to your relationship. Rather, he will ask you about your goals and dreams, and he will want to share his ideas as well. He may provide advice or insight, and it is important to realize that this isn't to be critical, but rather to be supportive.

When he begins speaking about concepts that seem radical or extreme, this is because he has considered these ideas for an extended period of time. If you have had similarly powerful ideas that you have been navigating, then it is certain that he wants to hear what you have to say. Be patient with him, as he may express himself in a confident manner.

The Attention of an Aries Man

He may choose to express his feelings in a more intimate manner, though this does not necessarily mean that he will be physically interactive. Though, you can expect that his goal is to make your thoughts dwell on him. Anything romantic may be possible from an Aries man, as he wants to ensure that you are aware of his feelings regarding a potential relationship with you.

For an Aries man, few things speak to his heart more than the concept of romance. Because of this, he may choose to behave in a manner that is graceful and powerful. He may seem to be playing a character, but you should be aware of the character that he is playing is an idealized version of himself.

It would be unlikely for an Aries man to attempt to touch you before it would be appropriate to do so. However, once you have given the approval, it is likely that he will show you his attention through his hands. May may want to lace his fingers through yours, massage your back, or touch your hair. You will find that this physical connection is a strong indication that an Aries man is falling for you.

Given that his partner shows that they are interested, an Aries man may consent to a sexual relationship. This experience will be unique to each individual, but it is certain that he will share his passion and desire. Throughout the time spent together, he will be nourishing his emotional connection with you. 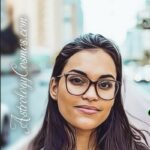 A Sagittarius woman in love is passionate and drawn to her emotions. She ...

END_OF_DOCUMENT_TOKEN_TO_BE_REPLACED 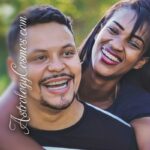 Once you realize that you are ready to nourish the connection that you ...

END_OF_DOCUMENT_TOKEN_TO_BE_REPLACED 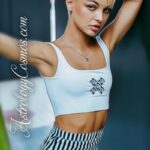 Whatever the status of your current relationship, even if the two of you ...

END_OF_DOCUMENT_TOKEN_TO_BE_REPLACED 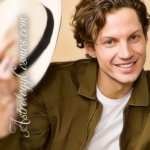 The typical Taurus man is all about home and hearth, so it’s pretty strange ...