Owls appear in myths throughout the world. In many cultures, thy are thought to be an emblem of wisdom and healing. In Native American cultures, owls generally represent watchfulness and the ability to move soundlessly between different realities. Because of this, the Owl totem is often connected to mystical or magical characteristics.

Overview of the Owl Totem in the Native American Zodiac

Many people who are born with the Owl totem are known for their ability to stick to their goals through any problems. This tendency to be tenacious can border on being stubborn at times. The Owl is known for being determined in fulfilling their purpose in life. Because they are also talented at putting in the hard work and effort they need, they often achieve their heart's desires and goals in this world.

When an Owl totem is a child, they tend to be extremely boisterous without realizing it. They often show a tendency to exaggerate. As a child, it seems impossible for the Owl to contain its restless spirit. The Owl just wants to spread its wings and soar! Why learn to walk when you want to fly?

As they grow older, he Owl naturally matures. They learn to listen to their inner voice and use their keen insight to get to the root of any problem. Because of this, the mature Owl is often well-respected by their friends for their reliable, wise counsel. The Owl might be famous for its wisdom, but it also has a sense of independence and humor. Throughout the Owl's life, this type of person pursues knowledge and wisdom beyond that which is readily available in the world.

Like any Native American zodiac sign, there are some potential pitfalls for the Owl as well. At times, the Owl can be dogmatic in their beliefs. They can also be possessive towards the ones they love and their goals. When the Owl totem is able to avoid these tendencies and listen to their inner wisdom, they are able to achieve success in life.

The actual Owl is talented at watching and waiting for their prey to walk by. They sit in an advantageous spot where they can see everything that is going on beneath them. When their prey finally arrives, they silently swoop down to gather their food. In life, Owl people act in a similar way. They are rarely surprised by the unfamiliar because they wait and watch everything that goes on around them. When the time is right, Owl people take action and go for their goals.

An Owl person tends to find the good in other people. They are quite optimistic and like to look on the bright side. Even when confronted with an impossible situation, an Owl person will always try to find the silver lining.

The Owl totem has a natural enthusiasm for everything. When paired with their innate wisdom, this tends to make Owl people into natural leaders. To truly reach their leadership potential, the Owl has to resist their urge to head off on another adventure. Instead, they need to finish their current project and gain life lessons from the present before they can jump to a new project or goal.

The Personality of the Owl Totem

The Owl totem might be known for its wisdom, but it also represents a person who loves to laugh and has a good sense of humor. The Owl is ready to be spontaneous and go for their dreams. At the same time, they are talented at being true to their own beliefs and ideas.

When their strengths are fully realized, Owls can walk between the spiritual and physical realms. They have a sense of magic and mystery that is heightened by their keen intuition. Because of their connection to other realms, they see through artificial, fake people. They absolutely hate anyone who is insincere and pretends to be someone that they are not.

Being friends with an Owl is always an excellent choice if you love having exciting adventures. An Owl will also be an honest, true friend. At times, they can be a bit too blunt, so don't expect them to be tactful at all times. With Fire as their element, the Owl has a natural enthusiasm and zeal for life.

The sacred stone for this totem is obsidian, which gives the Owl a chance to turn negative occurrences into the mystical. Sacred mistletoe helps to bring about transformation and love. As a part of the Falcon clan, the Owl is full of courage, confidence and exuberance.

For a career, Owl people should avoid the mundane. An Owl totem needs to be stimulated by new adventures and opportunities. Look for a career that is challenging and includes multi-tasking. Skip out on office cubicles and social conventions. When the Owl is allowed to soar, they can reach their true potential. An ideal career might involve travel or freelancing for the adventure-loving Owl.

When it comes to the Owl totem's love compatibility, look for a Deer, Raven, Falcon, Otter or Salmon. No matter what, the Owl needs to avoid jealous or controlling partners. The Owl needs freedom and space, so they will suffocate in a controlling relationship. When you provide the Owl with space, you will reap the rewards.

This independent, adventure-loving Native American astrological sign needs a partner who is just as adventurous. The Owl totem has a blunt, honest nature that requires an honest partner as well. If you are a fun-loving person, then you might be just the right choice for this totem. 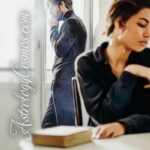 When it comes to understanding astrological signs, you need to be aware of ...

END_OF_DOCUMENT_TOKEN_TO_BE_REPLACED 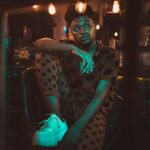 You can expect that a Cancer man has certain qualities that make them ...

END_OF_DOCUMENT_TOKEN_TO_BE_REPLACED 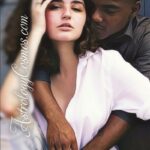 Throughout the social relationship that you have nourished with a Cancer ...

END_OF_DOCUMENT_TOKEN_TO_BE_REPLACED 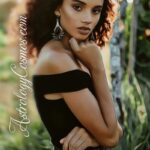 When you nourish a friendship or social relationship with a Taurus woman, ...