The Wolf totem is all about benevolence and compassion. This is one of the Native American zodiac signs that is known for being sensitive and adaptable. In their life, the Wolf practices an honest love and portrays a sense of gentility. Keep in mind that some Native American astrologers use the Cougar instead of the Wolf for this sign. They are both the same sign, but different Medicine Wheel astrologers use either animal to represent this sign's totem.

Overview of the Wolf Totem in the Native American Zodiac

For the Wolf totem, one of the greatest challenges is becoming practical. Sometimes, the Wolf can be a bit impractical when they try to help other people. Despite the Wolf's reputation for being fierce, the Wolf totem is known for being a little timid. Unfortunately, the Wolf must be wary because other people can take advantage of this timid nature.

The Wolf is Native American astrological sign that is all about connecting to your higher self. If you are a Wolf, then you naturally have an intuitive sense for situations. Many Wolves are seers, mediums, psychics or clairvoyants. When you actively work to connect to your higher self and the divine, you enhance this natural gift and intuition. You are able to learn more about the mysteries of the world and tune into the insights within every day life.

Because of this tendency though, it is easy for the Wolf to feel disconnected. You have a deeply spiritual nature, which can make the material world seem odd or uncomfortable. This can make you disconnected from the world around you, and it makes it especially hard to view the darker side of human nature. While it may pain you to realize the darkness in humanity, the Wolf's communal attitude, kindness and spirituality are necessary for the modern world. Compassion seems to go wherever the Wolf goes, and your compassion can inspire everyone around you.

The Wolf totem is a sign that often dedicates itself to spiritual pursuits and enlightenment. Connected to Water, this totem is linked to the earth's renewal. In this sense, it is a sign of hope and energy. The Wolf has a dynamic energy that is great for starting new projects and going on adventures. Since it is influenced by water, this totem is closely linked to compassion and empathy. Don't be surprised if the Wolf in your life plays the role of teacher or guide.

For families, the Wolf is a fierce, compassionate protector. While the Wolf totem is known for speaking honestly from the heart, the Wolf also hates confrontations. Unless they are absolutely necessary, the Wolf will do his or her best to avoid them. Instead, the Wolf works to focus on all of the people in his or her life. This totem cares intensely for loved ones and craves intimacy.

While the Wolf may want intimacy, he also needs freedom and independence. He has an inventive nature that makes him search out interesting ideas. At times, this creative side can distract the Wolf from his goals in life.

The Wolf dislikes confrontation, so be careful with your words. He has a sensitive side, so be diplomatic if you have to say something critical. If you show him respect and honesty, he will appreciate you for it.

In terms of career, the Wolf tends to prefer jobs that require insight, creativity and sensitivity. They tend to jump right into projects, so it is important that the Wolf learns how to schedule their time and avoid being overwhelmed. The Wolf may do well as a teacher or guide. Their compassion and intuitive nature makes them an excellent writer or nurse. Since the Wolf does not have an ego issue, he often chooses jobs that are away from the limelight. The best workplace for the Wolf is in a laid-back office with plenty of co-workers to hang out with.

If you are dating a Wolf, you are in for a enjoyable time! The Wolf is all about commitment. While he or she may take time to choose the right partner, they will be completely committed once they find the right person. The Wolf totem is all about tender romance. As a mate, he or she wants to fulfill your fantasies. Given a chance, the Wolf will lose himself completely in love. This Native American zodiac sign will generally do best with a Bear, Snow Goose, Beaver, Snake or Woodpecker. 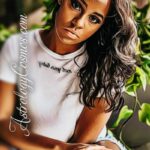 When you maintain a friendship or social relationship with a Sagittarius ...

END_OF_DOCUMENT_TOKEN_TO_BE_REPLACED

You may have realized that the Scorpio woman in your life seems to want to ...

END_OF_DOCUMENT_TOKEN_TO_BE_REPLACED 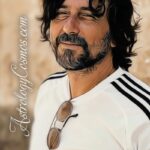 When you find that you are interested in progressing the relationship that ...

END_OF_DOCUMENT_TOKEN_TO_BE_REPLACED 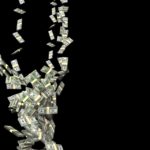 Your dream about money could be a good thing or a bad thing depending ...