If you are looking to learn what are the signs each zodiac sign is ready to commit, then we invite you to consider reading our entire collection about commitment. Throughout the course of your relationship, it is certain that you will benefit from going through our article about how to have a healthy relationship with an Aries man, as this will provide you with a wide range of information that will help you successfully nourish your connection.

The Signs an Aries Man Is Ready to Commit

An Aries man is typically quite ambitious. Because of this, the typical Aries will put off settling down with anyone until they finish their list of goals for the future. Unfortunately, he may be too willing to dismiss or toss aside a current relationship because he is so focused on his end goal. If you want to see where his future is headed and if you are a part of it, try asking him about his future goals.

An Aries man has a strong desire to become successful. While this is normal for an Aries, it may also hide some of his insecurities or self-doubts. You can see his desire to be successful through his choice of career and how hard he works toward achieving his goals. The good news is that this same ambition and ability to work hard extend to his family and relationships—once he decides to get serious and commit, that is.

This zodiac sign has a tendency to be a bit insensitive and overly self-centered at times. If you have an Aries who is able to admit his faults and tell you that he has learned from his past relationship mistakes, you can generally be certain that he will not repeat the same mistakes twice.

The good news? An Aries man is totally ready to commit, but that doesn't mean he will stay committed. The Aries is one of the most impulsive astrological signs in the zodiac. Even if he is ready to commit right away, there is a decent chance he will also move on just as quickly. An Aries has a tendency to love intensely and passionately like a burning fire. When the fire burns out, he moves on to a new source of fuel and excitement.

For an Aries to commit for good, he needs a relationship that stays exciting. He also needs to feel like he has some freedom to go on adventures and discover new things. Additionally, your Aries man will be more likely to commit to you once he has matured enough to know that he wants a lasting relationship. He needs to know what he wants out of the relationship, or he will just get restless and feel like he has to move on. For your Aries man to commit and stay with you, he has to mature and understand his greatest weaknesses.

Will an Aries Man Ever Commit?

The real question is whether an Aries man will ever commit for the long-term. He has a natural enthusiasm and passion that are extremely attractive, but this enthusiasm tends to redirect the Aries toward new things before long. He genuinely believes it when he says that he is committed, but his restless spirit drives him to move on to new horizons before long. With that said, the chances of your Aries actually committing for good increase drastically if you have been dating for long enough to get past that exciting infatuation stage of the relationship.

What Is an Aries Man Like in a Relationship?

The Aries man craves excitement, so he is definitely a zodiac sign that can handle casual romances and one-night stands. At the same time, once he does fall in love, an Aries man is truly single-minded. He is completely enthralled by love and is unafraid of taking risks. He also tends to learn by making mistakes, but his charisma and energy often help him to overcome these problems.

Some of the signs an Aries man likes you will be quite obvious. He is not going to play hard to get, although he loves the thrill of the chase. He will do everything he can to win your heart. Known for being quite flirty, Aries men are generally quite open to making the first move and love having fun, playful dates. You never have to worry for long about whether an Aries likes you or not.

Once you have been dating for a while, start looking for the signs an Aries man is ready to commit. If he really thinks you are the one, he will treat you like it. Most likely, he will ask you to come along on all of his adventures and outings. An Aries is not naturally thoughtful and can even come off as insensitive, but he will suddenly seem thoughtful if he is truly in love with you. He would never think about how a friend or family member would feel if he forgets to text, but he will put extra effort into remembering to message you.

If you want to know the signs an Aries man is ready to commit, you just have to pay attention to all of the little (and big!) things. An Aries man wears his heart on his sleeves, so you will never doubt his feelings for long. The best thing you can do if you are uncertain is to keep dating him for a while. The Aries tends to fall in love deeply and quickly, but it is just as easy for him to fall out of love. If you have been dating for at least a few months, you can be fairly certain that he is committed to you for real instead of just falling in love for the moment. 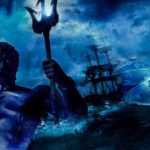 Neptune lies in deep space. This planet is associated with things like ...

END_OF_DOCUMENT_TOKEN_TO_BE_REPLACED 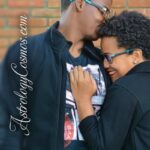 As you seek to develop and nourish a good relationship with a Gemini man, ...

END_OF_DOCUMENT_TOKEN_TO_BE_REPLACED 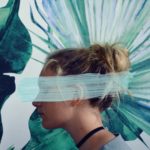 You may find that it is not common for a Gemini woman to readily commit to ...

END_OF_DOCUMENT_TOKEN_TO_BE_REPLACED 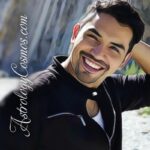 The relationship that you maintain with an Aquarius man must be based on ...