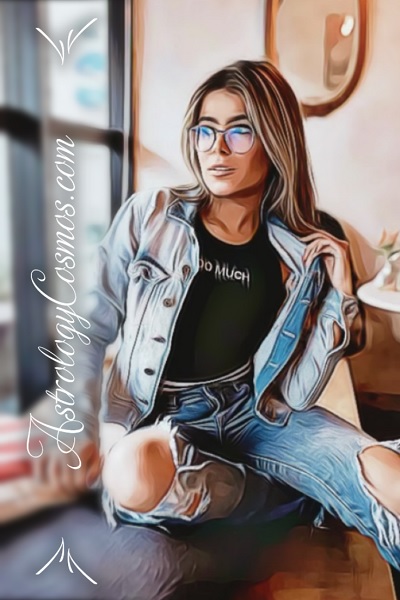 You may have noticed that the Aries woman in your life has become distant, and this may cause you to feel curious about what this behavior may mean for your relationship. While there are many reasons for an Aries woman to play a less active role in your life, it is a clear sign that her attention might be elsewhere. What follows are various possible interpretations of her decision to remove herself from your life, as this will give you a better understanding of what she may be thinking about.

If you are interested in learning about what happens when each zodiac sign becomes distant, then be certain to take this opportunity to discover how the other astrological signs may behave when they become distant.

What Happens When an Aries Woman Becomes Distant?

There are many ways that an Aries woman may express herself when she is no longer satisfied with a certain aspect of her life. When it comes to personal relationships, whether they are friendships or romantic relationships, and Aries woman is someone who values physical presence. If she has made the decision to not be an active member of your life, it may be a sign that a serious change is about to take place. While these behaviors don’t necessarily mean that she is done with you, it does mean that you will need to address the situation at hand.

When an Aries Woman Ignores Your Messages

It is possible that the Aries woman in your life will not respond to your messages on social media or through messaging applications. When you call her, she may decide to ignore you or pretend that she isn’t near her phone. There are many ways that an Aries woman may show you that she isn’t interested in communicating with you, and this may mean that there is a serious issue that needs to be discussed, though it may be difficult to do so when she isn’t speaking with you.

When an Aries Woman Takes a Long Time to Respond

When the two of you are having a conversation and she takes a while to respond, this could be a sign that she doesn’t know what to say. You shouldn’t jump to the conclusion that she doesn’t want to speak with you, as she is often working toward goals or is focused on a task. However, should you notice that these behaviors are common, then it may be a sign that she is not interested in the line of conversation that the two of you are currently sharing.

When an Aries Woman Ghosts You

If the two of you have been talking for a period of time, and she no longer responds without a reason, then it is possible that something else has caught her attention. She may have become tired of the conversation that you were having, or she may have begun a new conversation with someone else. Of course, an Aries woman may be nourishing numerous friendships at once, so she may simply be tired of juggling numerous conversations at the same time.

When an Aries Woman Blocks You

For one reason or another, an Aries woman may make the decision to block you. It is possible that you said something that she felt was inappropriate or that made her realize that your relationship was not viable. She may be maintaining a serious relationship with someone else, and she has decided that nourishing a relationship with you is not conducive to the success of that relationship. If she blocks you over social media, then it is likely that she is no longer interested in pursuing your relationship.

When an Aries Woman Ignores You in Person

The nature of your social relationship may be changing, and the only indication that you have regarding her feelings may be that she no longer pays attention to you. This is often a sign that she has decided to focus her energy elsewhere, but it doesn’t necessarily mean that she doesn’t like you anymore. She may feel uncertain about what she wants, so this may cause her to behave in a noncommittal manner. Of course, when an Aries woman ignores you after the two of you have spent a lot of time together, then it may be a sign that she is no longer interested in you.

When an Aries Woman Responds With Short Statements

If you see her in person and speak with her about something, then you may find that she will respond in a quick way. You should pay attention to her body language at this time, as this will give you a better understanding of what she is thinking. She may simply be shy and uncertain of how to talk with you. It is also possible that something about you has annoyed her. Her social relationships may play into how she interacts with you, so you should take the time to notice how her friends treat you as well.

When an Aries Woman Avoids You

It is possible that she will decide to avoid seeing you in public. When this happens, it is likely because you have done something that made her feel hurt. This extreme reaction is often reserved for people who betrayed her trust or made her feel embarrassed. If you notice that she sees you and turns around, then you may make her feel unsafe. When an Aries woman becomes distant in this regard, you should not attempt to reach out to her. Give her space and time that she needs to determine what is appropriate for the future.

When an Aries Woman Is Rude

You may attempt to talk with an Aries woman, especially one that you know, only to find that she is dismissive and rude to you. If this happens, then her feelings are clear. This happens when she has given you a variety of signs which you have ignored. If you try to press an issue, especially when she has made it clear that she doesn’t want to talk to you, an Aries woman may certainly respond through harsh or cruel statements.

When an Aries woman becomes distant, you may feel that she has unjustly decided to remove you from her life. However, it is certain that there are reasons that have made her come to the conclusion that she is better off without you. If she decides to give you an opportunity to address any concerns or issues that she may have, then be certain to take the time to learn about how to get an Aries woman to forgive you.