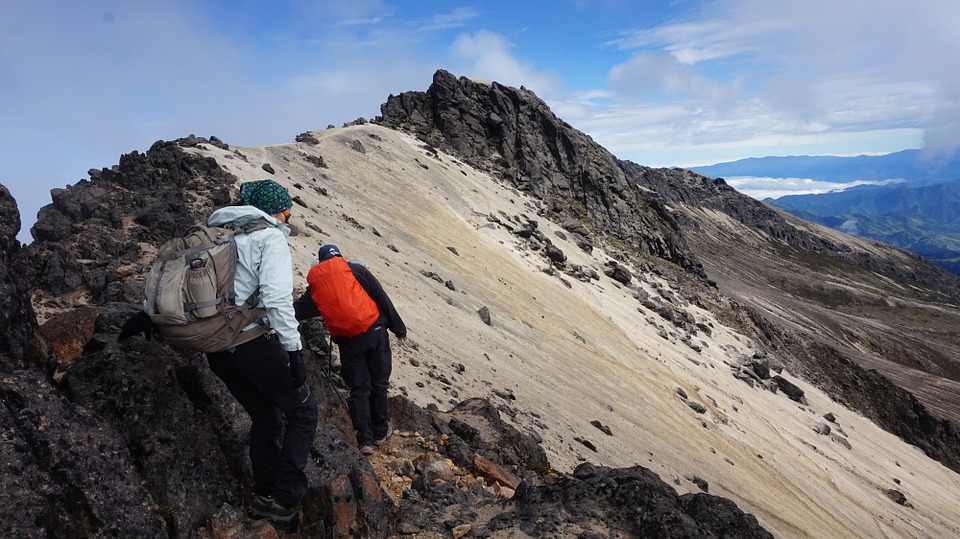 He is amazing to look at, wonderful in bed and loves adventures. You think he is the perfect man for you, but you are uncertain if he is even interested. Learning how to attract an Aries man can help you capture your Aries’ attention and get the relationship of your dreams.

If you are looking to learn how to attract each zodiac sign, then you will find that you will be greatly benefited by providing yourself with the insights available within our collection on the subject. Throughout the course of your relationship, it is certain that you will benefit from going through our article about how to have a healthy relationship with an Aries man, as this will provide you with a wide range of information that will help you successfully nourish your connection.

How to Attract an Aries Man

If you want to capture your Aries man’s heart and soul, there are a few things that your Aries will find completely irresistible. Modesty, a little feminine vulnerability, the ability to stand up for yourself, determination and strength will all help you to capture his heart. An Aries loves the thrill of the conquest and the chase, so you need to be willing to step back and let him be the traditional romantic at times.

Famously, Casanova was an Aries man, which makes him among the most attractive zodiac signs. Known as the world’s greatest lover, he loved the thrill of the chase, adventures throughout Europe and beautiful women. Your Aries man is a modern version of this earlier lover. If your personality matches well with his, your heart will be set racing as he leads you on an adventure of excitement. An Aries man is quite driven, so he will be the one working late into the night as he tries to capture his next goal. Because of his drive and ambition, he will want to find a partner who is just as successful. He may want you to be slightly less successful than he is though because an Aries is competitive and loves to be the best.
.
Learning how to attract an Aries man is not always easy. You have to walk a fine line between being talented and successful, but not overshadow him in the process. He will want a challenge though, so you can be as opinionated as you want. While he wants a challenge, he also likes to win, so be prepared for a man who has a tendency to be a poor loser. If you get in a fight, he will want a victory. At the very least, he will want to agree to disagree. This aspect of an Aries man can be quite difficult to deal with since he still needs a woman who is strong and able to challenge him. Learning to handle this balancing act can take a while, so be prepared for a sharp learning curve.

Your Aries thrives on adventures, excitement and anticipation. The best part of a relationship for an Aries is the start. They love the thrill of finding someone new and the uncertainty of the chase. Once he starts to settle down, the excitement and thrill start to wear off. If you want to find out how to attract an Aries man over the long run, you need to learn how to bring enthusiasm for a relationship. An Aries man hates to be bored, so you have to keep his passion alive with spontaneous ideas, sudden adventures and enjoyable experiments in the bedroom.

While he might like the thrill of the chase, an Aries man hates subtly. If you are trying to hint about what you want or how you feel, he will never, ever get it. Instead of beating around the bush, just tell him what you want. Be careful though. If you are too available, he will miss out on the thrill of the chase. An Aries is ruled by Mars, who is the god of war. As such, your warrior wants to conquer and fight for what he wants. Don’t play mind games with him, but you also shouldn’t be too readily available. Flirt with him outrageously at first so that he gets the hint, but then step back and let him do the chasing.

In learning how to attract an Aries man, you have to understand his assertiveness and independence. He likes to be the boss and will generally have a healthy (or too healthy, some would say) ego. While he does not want a shy, submissive woman who always says yes, he does like to get his own way. You have to be strong enough to make decisions on your own and be assertive, but you also have to be willing to let him lead at times. If he feels like you are pushing him around or telling him what to do, he will run the other way.

4. Don’t Force Him to Commit

As we just mentioned, an Aries does not want to be pushed around and he likes to lead. These reasons alone mean that trying to force a commitment will only end badly. In addition, trying to tie him down will remove his sense of independence and take away the seduction game that he loves so much. You have to let him decide to commit. He won’t like losing his freedom, so he has to take the lead in this arena. If you seem manipulative or controlling, he will view you as a threat to his independence. If you want to attract an Aries man, don’t push him to commit unless he makes the first move.

Does cheese take away your sexiness by making your stomach uncomfortably grumbly? While it might be awkward, just tell him this. It might be embarrassing, but he expects truthfulness. He will tell you what he thinks and feels, and he will expect you to do the same. He doesn’t like when someone plays games, and he won’t take hints. Whether you want to go out to a certain restaurant for dinner or have an embarrassing yeast infection, just tell him how you feel. While an Aries is known for having a quick temper, his fiery anger will die down just as fast as it started. In the end, you will find that it was worth the embarrassment or burst of anger to get your Aries to trust you and have faith in you.

The Best Gifts for an Aries Man

Once you figure out how to attract an Aries man, the next step is to figure out how to keep him. When it comes to gift giving, your Aries probably won’t care how you wrap the gift. The most important thing is that you cared enough and paid enough attention to him to get him a gift. More importantly, he will value a thoughtful gift that directly relates to his thoughts or interests. For example, suppose that you heard him say three months ago that he loved mystery novels. Buying him a first-edition of his favorite author shows that you care about him and were paying attention to even the smallest of comments that he made.

The Best Date for an Aries Man

Like many men, an Aries loves his food. He likes adventurous cuisine or traditional cuisine, but he hates boring, bland food. While some Aries like spicy food a lot, this is not true of all Aries, so be careful. A restaurant date is often an excellent option since he loves to eat. There is a slight risk that he may focus more on the delectable cuisine than you, so be prepared for that possibility.

An Aries man loves spontaneity, so a sudden adventure or exciting date is the perfect option. Adventurous dates are often the best for an Aries. A hot air balloon ride over wine country, racing around a go-kart track, hiking a mountain peak or speeding to a beautiful destination on a motorcycle would all be top date ideas for your Aries.

Your Aries Man and the Bedroom

An Aries man loves to be in charge, but he does not want you to be a wilting wallflower. He wants you to match his raw, sexual energy and respond in kind to his desire. He does like to take the lead though, so you have to find the right balance between letting him be in charge and being assertive.

What to Wear for Your Aries Man

Skip out on anything that is too sexually aggressive—your Aries will see it and assume that you won’t be any fun to chase or seduce. Instead, pick something pretty and feminine. This will make you attractive while also ensuring that your Aries feels like there is a thrilling chase ahead of him. Many Aries men like the color red, but just make sure that you do not end up going overboard on it.

Learning How to Attract an Aries Man and Keep Him

Once you figure out how to attract an Aries man, the next step is learning to keep him. This will be an easier task for some astrological signs than others. The best matches for an Aries man are Gemini, Leo, Sagittarius and Aquarius. A Libra woman could go either way. The worst matches tend to be Virgo or Pisces, but you may have problems if you are Scorpio, Cancer, Taurus or Capricorn.

While some people match their astrological signs perfectly, others do not. Because of this, there is always a chance that you could still have a great relationship, even if you have an incompatible sign. It does mean that you should be more careful, and both partners should certainly be self-aware about their faults.

Whatever your sign, it can be a challenge to keep an Aries man. Once the thrill of the chase is over, he will get bored in the next stage of your relationship. You need to have an aura of mystery and an ability to create new adventures. Let him gradually get to know you so that there is always a new quality or story for him to hear. You should also remember to be honest at all times. An Aries in love is fiercely loyal, so he will expect the same loyalty and honesty from you as well.

While an Aries can be possessive, selfish and blunt at times, he certainly has his good qualities. When he finds the perfect woman, he tends to idolize her as a divine goddess. Once you learn how to attract an Aries man and navigate his personality quirks, he can become an amazing partner.