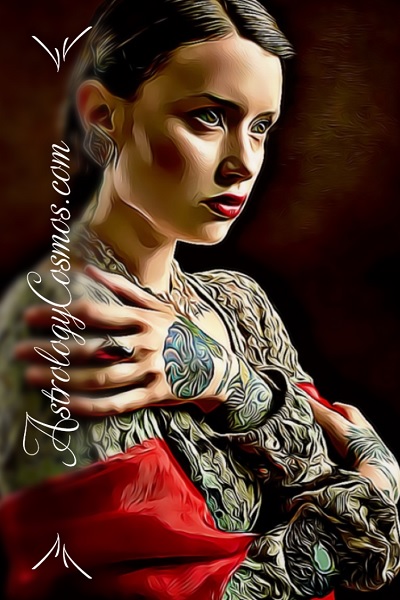 Should you notice that the Pisces woman in your life has become distant, you should consider how your behaviors may have influenced her choices. A Pisces woman is impacted may various aspects of her life, so it is possible that her decision to remove herself from your presence may not have anything to do with you. Pay attention to her behaviors, as this will help you understand the potential reasons for why she has decided to become distant.

If you are interested in learning about what happens when each zodiac sign becomes distant, then be certain to take this opportunity to discover how the other astrological signs may behave when they become distant. As you nourish the connection that you share with a Pisces woman, we invite you to consider learning more about how to have a healthy relationship with a Pisces woman, as this will provide you with access to our entire collection on the subject.

What Happens When a Pisces Woman Becomes Distant?

When a Pisces woman becomes dissatisfied with particular aspects of her life, it may be hard to tell exactly how she is going to react. In regard to her personal relationships, such as friendships or romantic relationships, a Pisces woman feels that physical presence is fundamental to the success of her relationships. If she has chosen to no longer spend time with you, then it likely means that your relationship has become less important to her. Of course, this doesn’t always mean that she is done with you, but it does indicate that you are no longer her primary focus.

When a Pisces Woman Ignores Your Messages

You may discover that the Pisces woman in your life has decided to ignore your messages on social media or other messaging applications. When you attempt to give her a call, it is possible that she will choose to not accept your call, and she may even offer you excuses as to why she isn’t answering you. When a Pisces woman behaves in a manner that reveals that she doesn’t want to speak with you, it likely indicates that there is an issue that needs to be discussed, though it will likely be difficult to reach out to her at this time.

When a Pisces Woman Takes a Long Time to Respond

When speaking with a Pisces woman, it is possible that she will take a long time to respond to you. Be careful not to jump to the conclusion that she doesn’t like you, as she may simply be focused on something else in her life. She is prone to daydreaming, and she always values her social relationships, so she may be speaking with someone else at this time. Of course, if you notice that she constantly puts you on the back burner, then it is likely a sign that your relationship is stressed.

When a Pisces Woman Ghosts You

You may realize that, no matter what you do, the Pisces woman in your life chooses to not respond to you. When a Pisces woman ghosts you, it is a sign that she has decided that you are no longer worth her time and attention. She may have decided that something you said caused her to feel that you do not value her, and she has chosen to respond in kind. Of course, it is possible that there is something else going on, as Pisces women are prone to having numerous influences in her life.

When a Pisces Woman Blocks You

Though you may be unaware of her reason for doing so, a Pisces woman may decide to block you. This likely is due to the fact that something you said made her feel uncomfortable or offended. Whatever her reason, she has made it clear that she doesn’t want to be around you. When a Pisces woman becomes distant, you should be aware that she has little interest in looking back. You were in her life once, and you behaved in a manner that made her realize that you are not someone that she wants in her life. When a Pisces woman blocks you, your best option is to decide what you want for your life without her in it.

When a Pisces Woman Ignores You in Person

When you notice that a Pisces woman begins to ignore you, it is certain that your current relationship is changing. There may be various reasons why she chooses to not pay attention to you, so you should not assume that her behaviors mean that she doesn’t like you anymore. It is possible that she is simply confused or uncertain about what she wants for the future, and this may cause her to become noncommittal in her behaviors and responses. Of course, if the two of you were close and she has decided to begin ignoring you, then it is a clear sign that your relationship is less valuable to her.

When a Pisces Woman Responds With Short Statements

It is possible that you will notice that she will begin to respond to you in a quick or short manner. It is important that you are mindful of her body language during these discussions, as this will provide you with a better understanding of what is on her mind. She may simply be uncertain about what to say or how to say it. Of course, when a Pisces woman responds with short statements after the two of you had an argument or falling out, then it is a sign that she is considering distancing herself from you.

When a Pisces Woman Avoids You

When a Pisces woman becomes distant, it is possible that she will decide to avoid you entirely. This happens when you have done something that caused her to feel insulted or offended. If you notice that she turns around and walks away when she sees you, then it is certainly possible that your behaviors are unforgivable. Abstain from attempting to reach out to her when she exhibits these behaviors, as she will likely push you away if you try to force a conversation with her. She needs this time to make a decision about what she feels is appropriate for the future of your relationship.

When a Pisces Woman Is Rude

When you speak with a Pisces woman who has given you signs that she doesn’t want to have a conversation with you, it is possible that she will respond to you in a rude manner. She may become dismissive or harsh, as this may be the only way for her to get you to understand what she wants. If you continue to ignore her behaviors, then she may decide that another course of action may be appropriate. If you have reached this point, then you should be aware that your relationship has reached its conclusion.

You may feel that the behaviors of a Pisces woman are inappropriate or unjust, especially if she has decided to block or ghost you. If you make the decision to attempt to speak with her, then you should be aware that she may remove herself completely from your life. However, she may give you an opportunity to address your concerns. To help you achieve your goal, you should take this opportunity to learn how to get a Pisces woman to forgive you.