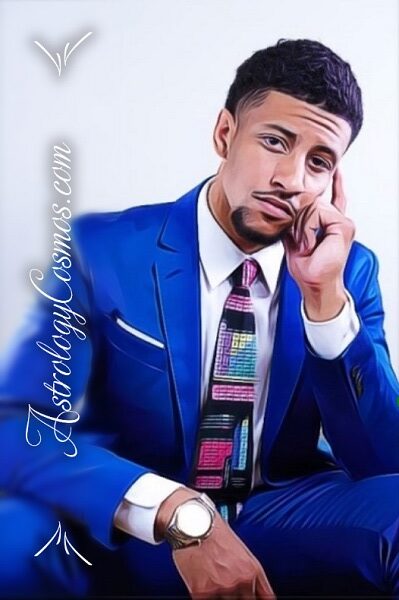 While he may be a good family man, he isn’t particularly traditional. He loves to have a powerful woman in his life because your success reflects on him. He does like to have control of his family life, but that is because he wants to make his dream family life a reality.

If you are interested in learning about how each zodiac sign behaves when in love, then feel free to read through some of our other posts on the subject. You can take this chance to learn how to have a healthy relationship with a Scorpio man.

Overview of a Scorpio Man in Love

A Scorpio man is extremely goal-driven and ambitious. He wants to be successful, and he doesn’t want to let anything stand in his way. This can make him seem detached and unemotional at times.

While some people perceive a Scorpio as bored or uninterested initially, this is only because they are extremely passionate. They want to work on their goals and passions, and anything else can bore them out of their mind.

A Scorpio needs to have goals to work toward and he needs to feel involved. He wants to be successful, so he will grow frustrated if there isn’t a way for him to grow in his current life.

A Scorpio man may be passionate and intense, but he dislikes showing that side of himself in public. In a relationship, he wants a woman who is successful and confident in herself. Sometimes, a Scorpio man in love will come off as disinterested or bored because he’s trying so hard to hide his inner passion for you!

While he likes stability, he isn’t afraid to try new things in the bedroom and experiment. At first glance, the Scorpio man may seem extremely moody and mysterious. These aspects are balanced by his seductive, passionate nature. If you can handle his moodiness and desire to control the world around him, you can enjoy a rewarding relationship.

If you are uncertain if he’s interested or not, feel free to check out our article on how to tell if a Scorpio man likes you.

What Is a Scorpio Man Like in a Relationship?

You often hear that a Scorpio man will quickly jump in bed with any pretty woman. While this may be true, it doesn’t mean that he is indiscriminate about his relationships. He has to be intrigued by a woman if he is going to stay with her. She must be intelligent, confident and unique if she wants to get his attention and have him for more than just a one-night stand.

Once a Scorpio man finds a woman that is completely amazing, then he will stick to her forever. He will give his all to his relationship and his partner. Nothing matters more to him than the happiness of his partner.

Once he has found the right woman, he will quickly become attached. Because of this, he can even seem controlling at times. He can be intense and possessive to the woman that he loves. This is just how a Scorpio man in love is though. When he loves someone deeply, he wants to keep her forever.

A Scorpio man likes success and confidence in his partner, so he won’t mind if you own a better house or make more money than him. In many cases, these things can make him like you more. He wants a woman who is extremely successful, and he doesn’t mind if you are a bit more successful than he is. If you are his match, then he will commit to you for the long haul.

Once the relationship is underway, there are some good things you can expect from your Scorpio man in love. Your Scorpio is good at talking about his feelings and problems. Normally, he can talk about his feelings without ever becoming angry. He would rather get to the solution to the problem than devolve into a useless argument.

What Are the Downsides to Dating a Scorpio Man?

No one is perfect, so your Scorpio man is going to have just as many flaws as anyone else. As most women who have dated a Scorpio are aware, a Scorpio man can be extremely controlling. He has his perfect relationship and future in his mind’s eye already, and he will manipulate you to reach that goal.

While he is loyal to the woman that he loves, he can also get jealous easily. He is extremely passionate, and he won’t like having to share the attention of his partner with anyone else. His selfish, controlling attributes can be tamed by the right woman, but be wary as you start out the relationship.

For his partner, there is one other potential problem in the relationship. A Scorpio man in love is known for being passionate and intense. Unfortunately, this can quickly devolve into a mood swing before long. He seems to be passionate in one moment but is completely detached in another moment.

A Scorpio man hates seeming weak, so he is hesitant to show his sensitive side. He actually is rather romantic though, so his moodiness stems from the constant battle between hiding his fiery passion and not seeming too uninterested. If you can learn to handle his mood swings, you will eventually get to enjoy his more loving, sensitive side.

What is the Type of Woman a Scorpio Needs in a Relationship?

While he might have a one-night stand with a pretty face, he won’t hang around for long. A Scorpio man doesn’t want a fake facade that is like a flower pot: pretty on the outside, empty within. He wants a woman who is as confident, fierce and passionate as he is. He also wants a woman who is gorgeous as well. A Scorpio is looking for a woman who has a great attitude and is extremely confident.

If you feel hemmed in by his jealousy or frustrated with his possessiveness, you should tell him. By learning how to tell a Scorpio man how you feel, you can make sure that both of your needs are being met in the relationship.

What Is a Scorpio Man Like in the Bedroom?

Known for his mysterious nature and fiery passion, a Scorpio can be amazing in the bedroom! He loves the entire act of love-making because it allows him to express his seductive, passionate nature. While he might seem unemotional on the outside, he is teeming with desire and need within.

His mysterious nature and seductive charms make women naturally drawn to him. Once you are in the bedroom, it only gets better from there.

While a Scorpio man may be great in the bedroom, there are some potential problems you should watch out for. Scorpios love to have wild love lives and have an unbelievably high sexual drive. They are willing to try just about anything once or twice when it comes to the bedroom.

A Scorpio man in love won’t put up with boring missionary positions every night. Because of this, you have to have an equally high sex drive and a desire for bedroom adventures to match your Scorpio. If you want a stable, gentle lovemaking session, you probably want to find a different partner.

If you have the desire to match your Scorpio, you can prepare for a wild adventure. A Scorpio man in love likes to please his partner, but he will definitely be looking for the next new thing. Keep an open mind, and you never know how your evening will turn out!

What Is the Best Romantic Compatibility for a Scorpio Man in Love?

If both signs are self-aware and in touch with their inner nature, there is no reason why a Scorpio man can’t be with any zodiac sign. You can benefit from learning about the personality traits and characteristics of a Scorpio man as you seek to strengthen your connection.

There is a lot of individual variations between different Scorpios, so don’t discount the perfect man just because your signs aren’t compatible. With that said, there are some zodiac signs that tend to work best with a Scorpio man in love.

What Are the Signs a Scorpio Man Is in Love With You?

Are you still uncertain if you have a Scorpio man in love or lust? Don’t worry! If your boyfriend or crush shows any of the following signs, then there is a good chance that he is falling for you fast!

What Is a Scorpio Man’s Greatest Weakness in Love?

Ultimately, the greatest weakness of a Scorpio man in love is jealousy. No matter how much he tries to help it, he can’t stop himself from feeling jealous when other people hit on you or show an interest. His jealousy doesn’t always stop there either.

In some cases, he’ll even be jealous of anyone else who gets to spend time with you. Because of this, you may have to deliberately talk about your boundaries because you deserve time with friends and alone. Over time, your Scorpio man in love will eventually adjust and become a more accommodating partner, but it can definitely take some practice!