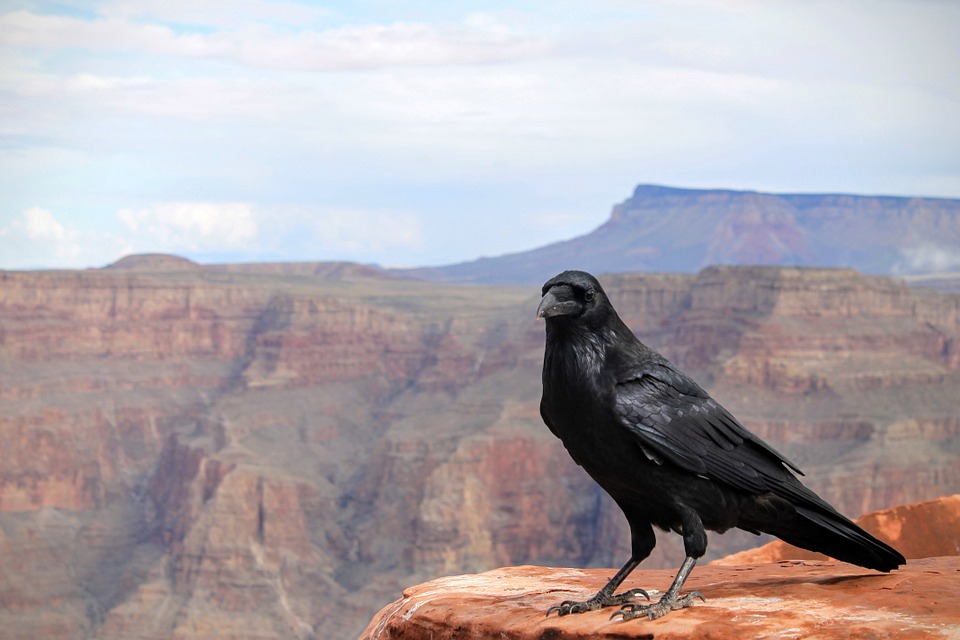 Unlike some of the Native American zodiac signs, the Raven totem is known for being a diplomat. This astrological sign is naturally full of tact and is talented at maintaining a harmony in their life. It seems like the diplomatic Raven can talk to just about anyone, and their positive attitude is attractive to the people around them.

Overview of the Raven Totem in the Native American Zodiac

Someone falls under this totem if they were born between September 23 and October 22 in the Northern hemisphere. In the Southern Hemisphere, the corresponding dates are March 21 to April 19. This means that the Raven roughly matches the Aries and Libra in the Western zodiac, depending on which hemisphere you were born in.

Known as the Crow totem or the Raven totem, this Native American zodiac sign is known for being curious and diplomatic. At the same time, the Raven struggles to trust their own decision-making skills. They have the talent to make wise decisions, but they often second guess themselves.

This sensitive soul has a romantic side and is quite the idealist. In life, Ravens spend a lot of their time trying to discover the perfect partner. Sometimes, they become too focused on their goal of romantic happiness and miss out on other events, opportunities and relationships in their life.

To other people, the Raven may seem naive. This is slightly misleading though because the Raven is guided more by their sense of idealism than naivete. They do have a tendency to be distracted and entranced by things that appear beautiful on the exterior, so it is important for the Raven to make sure that things are actually what they appear to be.

In Native American astrology, the Raven totem also has a tendency to ignore problems and hope for the best. They often wait until the situation is so clearly a problem that they just cannot ignore it anymore.

Unlike some Native American zodiac signs, the Raven totem dislikes being alone. They typically prefer being around other Ravens, and they hate having to go out on their own. The Raven loves to make people happy. At times, this can lead the Raven to forget their own needs. They become so focused on the happiness of others that they forget to recharge their inner self and find that same happiness in their own lives.

As a Raven matures, they learn how to navigate these problems. They discover their unique talents and abilities. A matured Raven shines brightly with their own inner abilities.

The Personality of the Raven Totem

This Native American zodiac sign is connected the the Air Element, the West Wind and the direction of the West. They are also linked to the Month of Dead Leaves. For many Native American tribes, the Raven or Crow is thought of as a companion who helps the Medicine Man on his or her spirit walks.

The Raven has a talent for seeing beyond the earthly world and the present. They can commune with the magical realm and spirits. These tendencies mean that the Raven can often adapt to the world around them and will seek out a spiritual path from an early age. The Raven is also able to help those who want to seek out their own vision in life.

Since the Raven naturally wants to make everyone happy, they are often a pleasure to be around. The only problem is that their desire for harmony means that they ignore their own beliefs. They may capitulate to what other people want just because they want everyone else to feel happy.

Luckily, the Ravens natural empathy helps them understand what others really need. A fully realized Raven is a source of great insight. They help to ring balance and justice into the world around them. Like the other members of the Butterfly clan, the Raven loves inspiring ideas and has a keen mind.

Because of their connection to the Air element, the Raven is subject to rapid changes in their emotions and moods. They are talented at communicating and have a high energy level.

The sacred stone for the Raven totem is Azurite. This stone helps to give the Raven a sense of psychic clarity that cuts through lies and negativity. It helps them to navigate between the different realms. With the addition of Ivy, the Raven is able to pursue good fortune and well-being.

For a career, the Raven should seek out a job that helps them develop equity and justice in the world. Because of their natural communication abilities, the Raven can work with just about anyone. They are great at taking part in a team and are known for their honest communication. At the same time, the Raven has to be careful when they work in groups. They may ignore their own good ideas because they want other people to like them.

As a messenger, the Raven does well in any job that involves communication. The Raven might work hard to enjoy a comfortable life, but they are also happy to share their good fortune. Often, the Raven totem will distribute the fruits of their labor to their loved ones and charities.

The Raven is a dependable, loving partner. Once they find the person they care the most about in the world, they will be strictly monogamous. This Native American astrology sign partners well with Deer, Owl, Falcon, Otter and Salmon totems.

When dating a Raven, expect a relationship that lasts forever. The Raven’s main goal is to ind a life partner that they can stay with forever. If you want to make your Raven happy, make sure that he or she has a cozy, comfortable home life. Once the Raven totem finds the one they love, they are an attentive lover, seductive in the bedroom and extremely loyal.