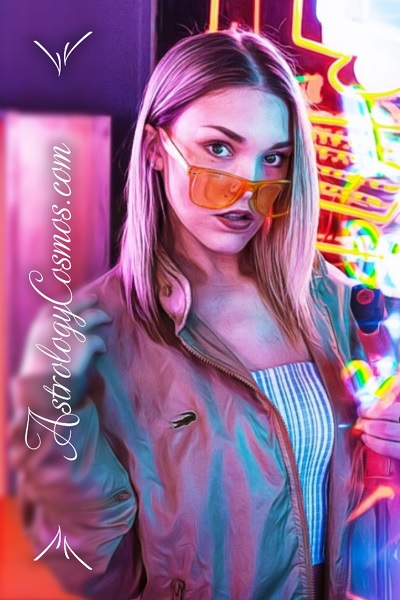 As the adage explains, beauty is in the eye of the beholder. What one person finds to be an attractive quality in a partner, another may view as a flaw. In this manner, each Zodiac sign is attractive in their own right. This article seeks to explain how each of the naturally attractive Zodiac signs may manifest in each person. Likewise, each person is guided by their own sign when gauging the beauty of another person, and they must also be aware of the influences and values that they have developed over their lives. It is certain that you will find great benefit in learning how to attract each zodiac sign.

If you are looking to learn more about how the stars influence our features, then take this time to learn about the qualities according to the astrological signs.

Physically, Mars has blessed an Aries man or woman with an energetic and forceful quality. The spark that guides their minds has also shaped their body. Due to the inborn values of an Aries, they will likely take pains to nourish an athletic figure, while those that choose not to, they may be unconsciously aware of the exercises that they do throughout their day.

Aries, the first of the signs, is known for the head, brain, and eyes. Often, the head of an Aries man or woman is especially noticeable. This may manifest as a striking beauty or a powerful structure. The brain is equally sharp and likely is revealed through quick wit and intelligence. The eyes of an Aries are often noticeable, which is often remarked upon by those in their life.

Venus, the ruling planet of Taurus, blesses those born under her with a vivacious physical form. The tendencies of a Taurus man or woman cause their bodies to be prominent, either with muscles, fat, or leanness. They follow a natural path in life, which is a manifestation of their hedonistic desires. They will form their body in regard to their pleasures and the pleasures of those they seek to attract.

Taurus, known for their charisma, rules the throat, neck, thyroid, and voice. In this manner, the throat and neck of a Taurus man or woman will be naturally accentuated. Whether thin or wide, their neck will be powerful and noticeable. The thyroid, the gland which produces numerous hormones in the body, ensures that the Taurus body and mind are well-regulated. Voice, important to this most vocal of signs, is a dominant and influential trait of the Taurus.

Ruled by Mercury, a Gemini man or woman is built for communication. Their qualities are that of enthusiasm and curiosity, which influences their frame. They are expressive in their mannerisms, which may cause them to appear radiant. Like their guiding planet, they may change their body form as the need arises. Because of this, it is not unusual for a Gemini to be light or heavy, though they often remain healthy.

Gemini, guided by spontaneous action, manifests in the shoulders, arms, hands, fingers, and lungs. Because of this, they appear to be lithe and impressive. Depending on their vocation and avocation, they may be built for power, dexterity, or grace. From the shoulders to the fingertips, their arms will express the quality of their life. Their lungs, additionally, influence them toward activity and conversation, which gives them a particularly expressive figure.

Influenced by the Moon, those born under Cancer are prone to alterations and change. Throughout the course of their life, it is their emotions that influence their form. A nurturing soul ensures that most Cancer men and women are healthy. As the months and years past, their physique will likely change more than others, giving them a body that matches every season. Their family is important to them, and their natural sympathetic heart will likely cause them to look much like their family members or those who they are close to.

Cancer, known for their intuition and emotion, is sovereign of the chest, breast, and stomach. In this manner, their qualities are naturally impressive, though this may manifest in a variety of ways. Throughout their life, they may change their activities and goals. Their chest and breasts are noticeable, regardless of their size or form. Likewise, their stomach is the center of their life, though this does not mean that they are unhealthy. Their stomach is a sign of their emotion and thoughts, and its form is often an indication of their social or emotional relationships.

Born of the Sun, Leo is an imposing and powerful figure. Their confidence and assertiveness molds their body to reach their ambitions. Generally, Leo men and women are active people, which causes them to be fit. Those that are not healthy often manifest strength regardless of their actions. Often, their body tends toward extremes, and this manifestation is based on their desires. Leo is often an owner of renowned figures, and their bodies tend to be reflections of their personality.

Leo, the undisputed paragon of his or her own self, is the king of the upper back, spine, and heart. A Leo person’s upper back is a symbol of their ability to push toward their goals. Regardless of the physical form, it is certain that their body will be imposing. The spine, often a symbol of courage, may be particularly noticeable in a Leo. Most importantly, the heart provides vitality to all aspects of Leo, which manifests and vim and vigor.

Guided by Mercury, a Virgo person is both diligent and resourceful. Instinct is a guiding characteristic of the Virgo man and woman. It is in this manner that leads their lifestyle, and in turn, forms their body. This often means that they are in touch with their natural tendencies and the needs of their body. This may mean that they are prone to being healthy, while others choose to allow their desires to guide them. Their controlled behaviors tend to cause a Virgo man or woman to be reliable in the physical form.

Virgo, a symbol of purity, rules the intestines and spleen. These organs are important to the immune system, health, and digestion. In this manner, a Virgo man and woman are often the epitomai of health. They often follow their gut, which indicates the manner in which they eat and exercise. A well-maintained lifestyle manifests in their health, which may appear in their skin and face. Their physical appearance is often related to their social and emotional relationships.

Blessed by Venus, a Libra man or woman is charming and flirtatious. These aspects may manifest throughout their actions but always appear in their physical appearance. With this in mind, they often direct their physical form toward attracting those that they seek to bring towards them. They are social beings, which greatly influence how they choose to appear to others. If those in their life want them to look a certain way, then it is likely that they will work toward that appearance.

Libra, a sensual being, dominates the kidneys, endocrine system, lower back, buttocks, and skin. Their kidneys, which are often prominent, ensure that they are healthy. Their endocrine system, which controls hormones in the body, often is responsive to the influences in their life. Skin, which is a strong indicator of health, often glows with vivacious energy. Likewise, their lower back and buttocks are often enticing features of a Libra, regardless of size.

Influenced by both Mars and Pluto, a Scorpio person is guided by both a desire to conquer and consume. Because of this, they may appear in a host of extreme forms. One may dedicate their life to health, while another focuses on hedonistic desires. Often of singular mind and pride, a Scorpio will work towards a specific goal, and their body will be an extension of that goal. This passion will not only share their mind but also their form.

Scorpio, both lustful and striking, is the ruler of the genitals and groin. As such, many Scorpio men and women are known for their sexual vigor. While this does not always indicate size, the genitals often have a strong and handsome quality. The groin, likewise, indicates their powerful and forceful mannerism. Regardless of their qualities, they will behave in a manner that accentuates these aspects of their body.

Jupiter, the largest and most magnetic of planets, is the lord of Sagittarius and guides the men and women born under its rule to be generous and intelligent. They are curious, which often leads to them trying new things, such as diets and exercise regimens. This does not mean that they vary greatly from time to time in regards to their physical form, but rather will go through periods of experimentation and pleasure. When a Sagittarius man or woman finds what pleases them, they will likely choose to behave in a particular manner, though they may always keep an open mind in regards to other options.

Saturn, which is often connected with mystery and wisdom, guides those born under this sign to be disciplined and practical. They are often guided to be hands-on, which greatly influences their physique. They are aware that if something needs to be done than it is their follow-through that will cause it to be completed. In this regard, they will understand what is needed of them, and they will work in a manner that causes their body to be efficient for the conditions set upon them.

Capricorn, born of stability and patience, is the lord of the skeleton, joints, and teeth. Their endurance is manifested by the durability of their skeleton. Their skeletal features, such as their collar bone, chin, or rib cage are often striking. Their joints, likewise, are often apparent. This is a sign of their flexibility. Finally, their teeth, regardless of their quality, are evident. These physical aspects are reflections of the practical and deliberate manner in which they live.

Born of both Saturn and Uranus, Aquarius is the true manifestation of freedom, and this shapes the body of an Aquarius person in a revolutionary manner. An Aquarius man or woman is highly individual, though they often find themselves being unpredictable. In this manner, their body shape may change without their perception. They are formed by influences that most people do not understand, such as the interactions of their friends and the motives behind their values.

Aquarius, defined by innovation and change, manifests control of the calves and ankles. It is this aspect of the body that guides modification and action. Often spry, an Aquarius man or woman has defined legs. Their calves are often particularly revealing of their quality of life. Meanwhile, their ankles are impressive. Whether they are heavy or thin, their ankles are remarkable.

Under both Jupiter and Neptune, Pisces is torn into two, which greatly influences the duality of the features of a Pisces man or woman. Imagination is a particularly powerful influence on this person, which often causes them to change their appearance from time to time. This isn’t simply on a whim, rather it is an expression of their intuition and creativity. It is possible that a Pisces person may choose to accentuate features that they find particularly important.

Pisces, both romantic and elusive, rules the feet and toes. Dancing and movement are important to a Pisces, and these activities often influence their feet. Their feet are often sleek and beautiful, which is a sign of their desire to tread new paths. Their toes contain the most personality of all of the signs. Their connection with the earth and desire for pleasure is experienced with their toes.