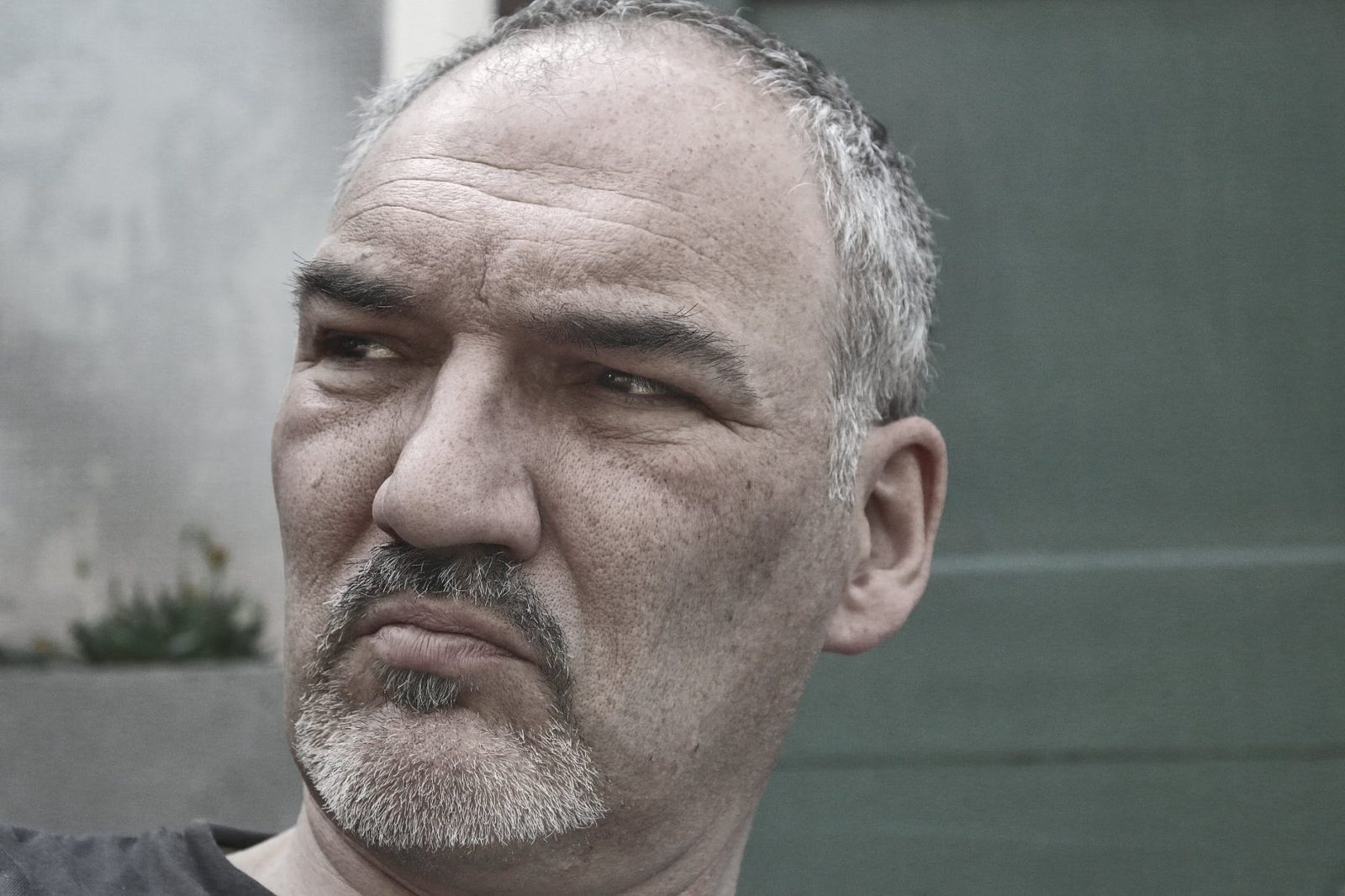 A Virgo man has a special need to feel safe and secure within his relationship. When the person that he trusts betrays or insults him, it will cause him to feel that his previous belief system was flawed. In essence, he will realize that you are not interested in treating him how he wants you to treat him, and he will need to take a second look at the validity of the relationship. In general, he may be soft-spoken and not interested in conflict, but it is certainly likely that he will respond sharply when he has been harmed.

If you are looking to learn about what happens when each zodiac sign is hurt, then we invite you to read through our entire collection on the subject, as this will help you navigate every relationship in your life.

What Happens When a Virgo Man is Hurt?

If you choose to hurt the Virgo man in your life, then you can be certain that he will defend himself. Generally introverted, you may be surprised when a Virgo man makes the decision to make himself and his position heard. Instead of being forceful, he will likely attempt to be intellectually critical and logical. His natural tendency to find errors and solutions may cause him to have the entire conversation in his head before he shares his feelings with you. When the two of you have this discussion, he is interested in hearing your explanation for the offending behavior. If you choose to behave in a manner that causing him to feel angry and frustrated, then you should take this opportunity to learn about what happens when a Virgo man is mad at you.

You may find that the Virgo man in your life may critique his own actions during this time as well. He wants to know how his statements or behaviors influence your actions, though he is not interested in being blamed for your decisions. If he allows his emotions to overtake him, then you will likely find that his despondency will cause him to not bring up the subject. If this occurs, then the arguments that he has within himself will likely increase the stress within your relationship.

Supposing you made the terrible decision to cheat on him, you will likely find that he will not forgive you. Infidelity is a betrayal on numerous levels, and at the root of it, he can never trust you again. Even if he does make the decision to forgive you, you can be certain that he won’t forget your behaviors. A partner that cheats on a Virgo man will find that the relationship is permanently altered. He will watch your behaviors for indications of further misdeeds, and you will likely find that he will become more jealous or controlling.

He may make the decision to turn his attention inward. If he misjudged you, then he will need to take this time to reevaluate why he overlooked the obvious signs. It is possible that he will criticize himself until he becomes physically unwell. When you notice these signs, you need to speak with him about your behaviors. If you truly care about the Virgo man in your life, then you will not allow him to become swept up in doubt, which may lead to actions that are self-destructive. You may even find that your decision to bring up the topic when you notice that he is suffering will help him feel more interested in fixing the problems in your relationship.

What Does a Virgo Man Hate in a Relationship?

As you maintain a relationship with a Virgo man, you will find that there are certain statements or actions that cause him to feel insulted or annoyed. In general, a Virgo man is forgiving, but egregious errors will likely cause him to become severely stressed. You will likely find that small disagreements will either fade from his mind or they will become major disagreements. Rather than testing him, you will find benefit in avoiding these ten following behaviors, as this will help your relationship remain successful. Should you make the decision to ignore this advice, then you may find that you will need to understand what happens when a Virgo man is done with you.

Neglectful: A Virgo man is interested in maintaining a relationship based on respect and trust. If you make the unfortunate decision to repeatedly ignore him, then you will find that he may detach himself from you. He will likely address your behaviors, as he doesn’t want to end a relationship just because he wants attention. However, if you make the decision to passively remove yourself from his life, then he will make an active effort to remove himself from you.

Rudeness: There is no reason to be harsh or uncaring when interacting with your partner, especially if you want to maintain a successful relationship with a Virgo man. Likewise, he doesn’t want to see you being rude to other people either. In general, Virgo men are kind and compassionate. If he sees someone in need, then it is certainly possible that he will help them. If you choose to abuse those who need support, then you may find yourself alone without even an explanation.

Shouting: If you make the decision to yell or shout at a Virgo man, then you can expect that he will respond negatively. If you have something to say, then you can certainly share your thoughts in a mature and respectful manner. He has no interest in being around someone that makes him feel unsafe, and yelling is often a sign that there is a deeper problem. If you feel that he doesn’t listen to you, then make a more logical or reasonable argument, rather than raising your voice.

Laziness: While Virgo men aren’t particularly driven by a desire for action, they are also neither interested in maintaining a relationship with someone who is an anchor. If you are not interested in taking action, then ensure that you do not prevent the Virgo man in your life from doing so. When you prevent him from reaching toward his goals, you may find that he will respond by removing himself from you.

Forgetfulness: When a Virgo man makes the decision to maintain a relationship with someone, he constantly is thinking about the person in his life. If he makes an agreement or plan, then he intends to keep his promise. If you forget about him, even once, then he will likely believe that you do not care about him. He will be direct with you about his feelings, and if he shares himself with you and you make the decision to ignore him, then he will likely end the relationship.

Anxiousness: In general, you can expect a Virgo man to be relatively balanced. He doesn’t want to be held back, but he also doesn’t want to be forced to act when he isn’t ready to. If you are constantly anxious or worried, then it is certain that he will pick up on that energy. When he does so, he may become frustrated or annoyed. Of course, people have valid reasons to feel stressed, and he will certainly understand that. However, if you choose to live your life concerned about little things, then you may find that he will remove himself from you.

Invasive: A Virgo man doesn’t demand privacy, but he doesn’t want his personal time to be invaded either. He may invite you to join him in his hobbies and interests, but he needs occasionally needs time to himself. If you interrupt him during his time alone, then ensure that you listen to his requests. If you impose yourself on him, then it is likely that he will push you away. He respects your personal time, and he needs you to respect him as well.

Disorderly: If you are someone who is generally sloppy or disorganized, then it is possible that you will find that the Virgo man in your life may avoid you. He is not necessarily finicky, but he wants things in his life to be in its proper place. It is possible that he will clean up after you. However, he will expect that you take notice of his behaviors and alter your own. If you choose to continue to be chaotic, then you may find that he will be agitated or annoyed.

Unpreparedness: Most of the time, Virgo men are prepared for the future. If you are someone who is generally unprepared, then you may find that you may cause the Virgo man in your life to feel stressed. He does not want to be stuck in a dangerous situation because you chose to not bring the proper equipment. Similarly, you will find that Virgo men tend to want the people in their life to be educated and informed.

Gossip: One of the most common issues that upset Virgo men is gossip. If a Virgo man shares a secret with you and you may the decision to betray that trust, then you will find that your relationship may be irreparably damaged. If he feels that personal exposure will lead to public ridicule, then he can not feel safe and secure with you. Be careful not to share anything that a Virgo man says unless he specifically mentions that it is public information.

You have a choice about how you are going to navigate your relationship. If you make the decision to be respectful and considerate, then you have a chance of maintaining this healthy connection. You should take this time to understand how to tell a Virgo man how you feel.