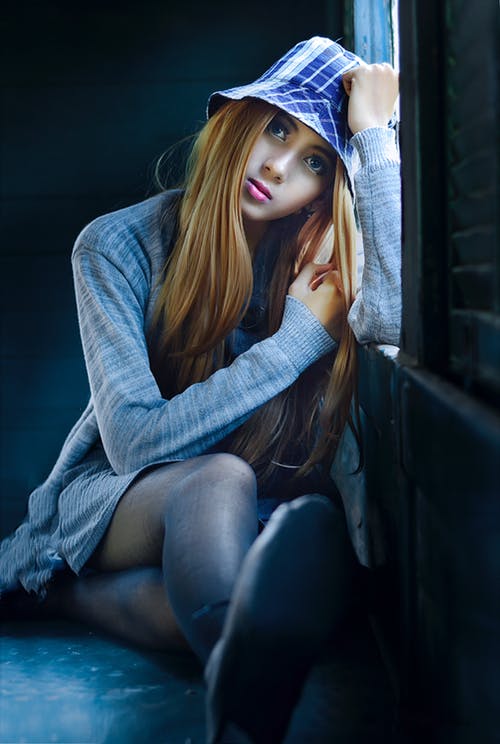 While maintaining a relationship with an Aries woman, you may find that your behaviors were inappropriate or unacceptable. Should you harm an Aries woman, you may find that she will be difficult to apologize to. This isn’t because she is ornery, rather you have shown her that you are willing to insult or betray her. You will find information within this article that will help you learn how to apologize and gain forgiveness of the Aries woman in your life.

How to Get an Aries Woman to Forgive You

Aries women are known for being spontaneous and brash, which may mean the Aries woman in your life may quickly respond with anger or frustration. Rather than avoiding upsetting her for this reason, it would be best to learn how to avoid causing her harm in the first place. You need to understand her reasons for being upset, as this will bring many benefits to your relationship. If she feels that your behaviors were inappropriate, then it is certain that there is a logical reason for her to feel this way.

Similar to the fire that guides her, she is often quick to anger and difficult to pacify. When learning how to get an Aries woman to forgive you, it is important to keep her fundamental element in mind. This is because she is not driven by pure emotion, rather by a set of fundamental beliefs and values that greatly influence her behaviors. She will inform you of which of your behaviors caused her to feel this way, and she will expect you to respond to her position in a mature manner. If you choose to attempt to blame her for your actions, then it is certainly possible that she will make the decision to end the relationship.

To help you understand why she is upset, it is important that you realize the context of your behaviors. What is acceptable in one setting may not be acceptable in another. She will explain how your behaviors made her feel, though this does not mean that the action itself is unacceptable. For example, arguing in private may be perfectly appropriate, but arguing in front of her friends may not be. This could be based on her desire to maintain a certain reputation among her social relationships.

It would be most beneficial for you to be direct and honest, and it is certain that the Aries woman in your life will be equally clear about her feelings. In general, you can expect that Aries women will not play games or subject you to tests. If she thinks that you are behaving inappropriately, then you can expect that she will be forthright regarding her feelings. To ensure that this relationship is successful, you must make an effort to understand what changes you need to make.

Accepting and Acknowledging Her Feelings

When you have learned which behavior causes her to feel in which way, it is important that you accept what she has told you. Her feelings are valid, even if you don’t agree with the fundamental values that she is basing those feelings on. Get an Aries woman to forgive you by listening to what she has to say. It is important that you acknowledge that she is not overreacting, as she needs to know that you are listening to her. Deciding to argue against her core beliefs is a counterproductive and unacceptable use of your time.

Your behaviors will absolutely need to be addressed, as she has no interest in allowing you to skirt around the subject until she forgets the topic. Her natural impatient will ensure that you maintain your focus on the subject at hand. If you attempt to go on a tangent, then you can expect that she will return your attention to the discussion. Should you continue to ignore her, then you will find that she will become frustrated or upset. For an Aries woman, it is important that you respect her needs and place her at the forefront of your life.

If you feel that your offending statements or actions were acceptable, then it is important that you address the conversation from an intellectual and rational perspective. If you attempt to defend yourself using emotions, then you will find that you will annoy the Aries woman in your life. She will likely still believe that your behaviors were inappropriate, but at least she knows that she needs to address your values instead of your behaviors. You will likely find that she will speak with you about why you felt something was acceptable, as this will be her way of convincing you to change your belief system.

After you have accepted and acknowledged her feelings regarding your actions, you will have to reach an understanding about the future of your relationship. You can expect that you will need to make changes, and the extent of these changes needs to be determined. You can explain how her behaviors influenced your response, but it is important that you do not try to blame her for your actions. You may find that both you and your partner will be making reasonable and appropriate changes, as this may be the only acceptable course of action.

Unfortunately, some people make the decision to have an argument, rather than a discussion. If you are the type of person who is a warrior rather than a diplomat, then you can absolutely expect that the Aries woman in your life will respond in a similar manner. While it is possible that this may help the two of you reach a conclusion to the disagreement, it will likely not help you gain her forgiveness. In turn, you may find that this relationship will come to an end, even though you incorrectly think that the problem has been resolved. To get an Aries woman to forgive you, you must be willing to dedicate your time and energy to resolve the situation.

For an Aries woman, forgiveness is not limited to only the intellect. You may find that small disagreements may be best addressed through the physical touch. She is sensual, and while intimacy will not solve all of your problems, it may help the two of you overcome unimportant issues. It is important that you do not try to resolve major problems with physical interactions, as this could cause her to feel that you do not respect her feelings or beliefs. If she believes that you are only maintaining a relationship with her for her body, then you will find that you will lose her heart and mind.

After emotional tensions have diminished, the two of you need to determine an appropriate framework regarding future actions or disagreements. Either this relationship will burn to a crisp, or the two of you will develop a mature understanding of how to navigate your concerns in the future. An Aries woman will forgive you, supposing that you are considerate and mindful. You may find that this conversation requires foresight, as future problems will likely be different than the current issue at hand.

At this point in the conversation, you may find that she has already allowed your mistakes to fade from her mind. She may not yet have forgiven you, but she is aware that you are working in a positive direction. It is likely that an Aries woman will directly explain her needs to you. She may ask you to be more communicative, less flirtatious with others, or to make some other behavioral change. When she shares these desires with you, it is important that you inform her that you are aware of her feelings and will take appropriate action in the future.

When the two of you reach this point in the discussion, you may find that she is in a more positive mood. It is possible that she will be ready to move on and focus your shared attention on something else. However, his conversation will remain in her mind for some time into the future, so you can not simply return to your own ways. She will be monitoring your behaviors at this time. If you slip up, then you can expect that she will respond immediately, either through conversation or by ending the relationship. Aries women will forgive small errors, but they will not repeatedly suffer the same insults.