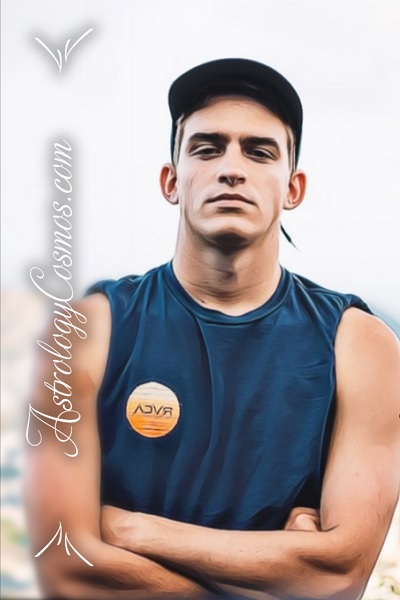 When you maintain a relationship with someone for a long period of time, it is possible that the relationship will come into conflict. He is analytical and tends toward being objective, though there still remains room for his feelings, even though he is known for not being ruled by his emotions. He is an assertive person, whose general peaceful attitude is often clouded when his intellectual mind is overcome by negative feelings. More than most people, Aquarius men are more likely to express themselves in a highly individualistic manner. When his emotions begin to control his actions, he may make the decision to detach himself from the relationship with the intention of protecting himself.

If you are looking to learn about what happens when each zodiac sign is mad at you, then you will find that our exhaustive collection on the subject will provide you with many insights. Should you be serious about this relationship, be certain to provide yourself with a variety of information about how to have a healthy relationship with an Aquarius man, by reading through our entire selection on the subject.

What Happens When an Aquarius Man is Mad at You?

Known for their kind and positive disposition, it is uncommon for him to become irate and inappropriate with his actions. If he is pushed in a manner that harms him, then it is possible that he will become subversive to the relationship. He may act in a passive-aggressive manner to sabotage the relationship, or he may act in a more direct manner. It is possible, as well, that he will choose to attempt to work to reform the relationship. It is not an act of forgiveness that he seeks, rather he hopes to come to a conclusion of a harmful and negative situation.

As this relationship becomes stressed, it is likely that the Aquarius man in your like becomes cold. This may be his way of expressing his negative feelings without actively behaving in a harmful manner toward his partner. His positive and negative aspects are not hidden from view, as he is not particularly skilled at hiding his feelings and thoughts. However, he may protect himself by acting in a detached and distant manner.

When you are learning what happens when an Aquarius man is mad at you, it is important for you to acknowledge that they are guided by formula and structure. If they have a concern that needs to be addressed, then it is likely that they will speak with you in a similar manner as they have during any other disagreement. The individualized aspect of every Aquarius man will color his behaviors at this time. However, you can likely expect that he will care little for your feelings when he speaks, as you have made the decision to harm him.

Throughout the course of your relationship, it is possible that you will find that he is focused on creating a community of like-minded people. He wants to be around people who are interested in sharing ideas and concepts. When this occurs, you should be aware that he may spend time with the people who he has made friends with. He will focus on his career, hobbies, or interests, and he may work with those in his life who share his similar goals.

If you have made the decision to act with infidelity, then he will likely respond in a similar manner. He is extremely independent, which will color his actions and cause him to behave in accordance with his desires. There may be someone from his past who he is interested in maintaining a relationship with, and he may seek to act with this in mind. At this time, he may become impersonal and irresponsible, especially in regards to his interactions with you, while he may be friendly and thoughtful to others.

It is possible that he is will make the decision to look inward and spend time alone. This would be a reasonable decision for him, as he doesn’t want to harm his partner, even if you have made the decision to hurt him. As you learn what happens when an Aquarius man is mad at you, it is important to know that he is not particularly interested in revenge or any negative activities. He is aware that positive actions breed positive actions, and he knows there is little benefit in taking harmful action.

He is intelligent and interested in focusing his energy on his interests. If he is an artist is working on a project, then he may be interested in putting his attention there. This is not with the intention to harm his partner, rather he is making the most of the time given to him to focus on his hobbies or career. This may seem that he is being aloof or uninterested. It is possible that when he is harmed that he will allow his energy to be focused elsewhere, and this may lead to the end of the relationship.

Others Expressions of His Anger

If he chooses to be direct with his feelings, then it is likely that he will be sharp or even cruel. He is not necessarily forgiving, but he will certainly work toward a conclusion of the problem at hand. If he feels that the best way to protect himself is to remove you from his life, then is likely that he will act in a manner that will push you away. He may make the decision to hold a grudge until the end of the relationship, which may color your interactions with petty jabs.

Of course, it is possible that he may behave in an erratic manner. This is not because he intends to be irrational, but rather he does not feel safe and secure in the relationship. He may express himself in random outbursts or become more vocally judgmental. He may become dispassionate or choose to act in a manner that you have never experienced before. These actions may cause you to question what the future of your relationship has in store.

When the two of you make the decision to speak about which behaviors of yours caused him to feel that you have harmed him, it is best to open up a discussion with him. It is likely that you will have noticed various signs, and you can either choose to initiate the conversation or wait for him to do so. Most importantly, when you are learning what happens when an Aquarius man is mad at you, you need to know that he needs to feel that you listen to him. Be certain to give yourself as much information as possible, as this will help you learn about how to get an Aquarius man to forgive you.

You will find benefit in giving him the chance to open up. He will want to share his thoughts with you, especially in relation to which specific statement or action that you made which harmed him. He likely won’t bring up any other issues, unless there is another relevant action that he has been thinking about for some period of time.

After he has shared himself with you, you should acknowledge his feelings. Do not cast blame on him, rather communicate the reasons for your actions clearly. He wants to know that you have understood his needs and that you are going to make changes. This conversation will likely lead to his forgiveness in word, but perhaps not his forgiveness in memory. You may find that your breach of trust will come into conversations in the future, especially in regard to precedence.