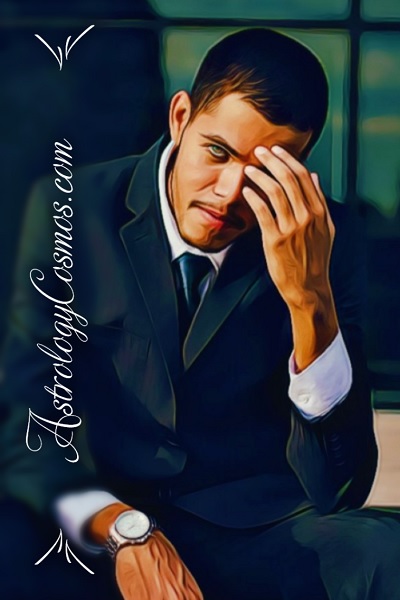 One of the most common characteristics of an Aries man is that he makes and reaches his goals. In general, he is independent and would rather be single than maintain a relationship with someone who harms him. When he makes a decision, it is certain that his natural ambition will lead him toward his goal. This intense individual, however, is not immune to emotional suffering. While maintaining a relationship with a romantic partner, friend, or family member, you should never behave in a manner that betrays his trust. His burning soul will cause him to react bitterly if he feels harmed by someone that he cares for. Take this time to learn more about what happens when an Aries man is hurt.

If you are looking to learn about what happens when each zodiac sign is hurt, then we invite you to read through our entire collection on the subject, as this will help you navigate every relationship in your life. Throughout the course of your relationship, it is certain that you will benefit from going through our article about how to have a healthy relationship with an Aries man, as this will provide you with a wide range of information that will help you successfully nourish your connection.

What Happens When an Aries Man is Hurt?

The guiding element of Aries is fire, which influences the Aries man to be ruled by both his intellect and emotions. He is truthful, though this may manifest in a direct and harsh manner. With this in mind, he will expect that his partners are similarly honest and clear about their feelings. Should his partner make the decision to betray him, his natural tendency is to respond with a cruel temperament. This is because he does not understand why someone that claims to care for him would choose to harm him in such a manner. Should you purposefully harm him, then you will find a benefit in learning about what happens when an Aries man is mad at you.

Along with independence and straightforwardness, an Aries man is quick to decide a proper course of action. When he is upset, he will quickly make a decision about what is appropriate and viable for the future of the relationship. If he realizes that the relationship is no longer someone that he wishes to maintain, then he may end the relationship without explanation. If his partner chooses to cheat on him, then he will respond in a similar manner, though his purpose might be revenge, rather than pleasure.

You will have no trouble realizing exactly when an Aries man is hurt. Additionally, you will not have to guess what action or statement caused him to feel insulted. He will explain precisely which of your behaviors made him feel upset, though he may allow his emotions to fill his voice. It is possible that his fiery temper will be revealed in his voice, and you may realize that you will have to respond in a reasonable and controlled manner. If you choose to be combative at this time, then it is certain that this discussion will evolve into an argument.

After he makes his decision regarding the validity of the relationship, it is certain that he will take appropriate and immediate action. If the two of you concluded that the relationship is still acceptable, then you may find that his thoughts are no longer dwelling on the subject. If the situation was not resolved, then he will likely take this time to himself. He will look for a way to express his displeasure and emotional turmoil, such as jogging or dancing. A career-oriented Aries man may put his energy into his work, and long hours may cause the relationship to fall apart.

What Does an Aries Woman Hate in a Relationship?

Being aware of the potential reasons that may cause an Aries man to become upset is important. To this end, it is highly beneficial to become aware of what will cause him to feel this way. Of course, each individual is colored by their beliefs and values, so the Aries man in your life may have special issues that need to be addressed. To ensure that he remains happy and confident in your relationship, you will benefit from avoiding these ten things. Should you behave in the following manner until she decides that this relationship is not viable, then you should take this time to learn about what happens when an Aries man is done with you.

Insincerity: An Aries Man seeks to maintain a relationship with people that he can trust. If he finds that his partner or someone close to him has lied or misrepresented the truth, then it is likely that this will cause a major problem that needs to be addressed. It is certainly possible that a lie can lead directly to the end of the relationship, as he may never be able to trust you again.

Whining: When an Aries man comes against a hurdle or obstacle, he makes the decision to overcome it. He solves problems, and he expects the people in his life to do the same. When someone complains about something that they have the capacity to change, then it may cause him to lose respect for that person. If someone complains about a problem that is unsolvable or irrelevant, he may realize that the people in his life simply want to complain just for the sake of complaining.

Controlling: In general, an Aries man seeks to be the leader of any situation or relationship. Additionally, he greatly desires his freedom and individuality. If his partner attempts to control him, especially in regards to his social experiences, it is certain that he will address his concerns. The battle of wills that comes next either reveals him as the champion, or he will make the decision to end the relationship. He has no interest in chasing someone, as he would rather be alone than behind another person.

Boring: He will always seek excitement. Within him is a desire for exploration and change. If he finds that the person in his life is predictable or lazy, then he may decide that he needs to alter this relationship. Someone who does not keep his attention will soon find themselves out of his life. He isn’t interested in changing you, as he would rather be with someone that he doesn’t need to change.

Uncertain: An Aries man is always certain of himself. When he wants to make a change or take action, then he doesn’t want to wait for the approval. Most importantly, he doesn’t want to wait for someone to make up their mind when he has already done so. If the person that he is with is confused, then they should simply follow his lead. Regardless of their decision, he has likely already moved on to something new.

Wailing: When an Aries man is hurt, there is no benefit in crying for attention. Everyone has bad days, troubles, burdens, and suffering. He understands that there may be times when his partner needs to release his emotions through tears. However, he has no interest in extended periods of crying and wailing. If you are interested in revealing your emotions in this way, then it would be best for you to do so without him nearby.

Disrespectful: No matter who you are maintaining a relationship with, you can be certain that respect is an important aspect of any connection. However, for an Aries man, respect is always on his mind. Every action that he does is calculated to express how he feels about another person. If someone ignorantly or purposefully shows that they do not respect him, then it will certainly cause him to feel slighted and insulted.

Uncompromising: Aries men are stereotypically uncompromising, and he is not interested in maintaining a relationship with someone who is equally inflexible. He is interested in having reasonable conversations and reaching an appropriate agreement, but if the person he is speaking won’t give an inch, then neither will he. If this occurs, then he is just as likely to turn away from this relationship as he is to start a huge argument.

Aloof: He doesn’t need to be the center of attention at all times, but he certainly needs to be recognized. If his partner chooses to ignore him, then it is certain to cause him to feel that he is not valued in the relationship. He is filled with self-confidence, and he would rather be alone than with someone who does not focus their energies on him.

Regressive: By nature, an Aries man is looking toward the future. He is interested in making a positive change in his life and in the life of the people that he maintains relationships with. If someone that he cares for is constantly looking toward the past, then he may become impatient with them. He respects their freedom, and he may simply allow them to move in their direction, just as he moves in his own direction.

When an Aries man is hurt, you should be mindful of how your behaviors cause him to react. It would be expected for a relationship with an Aries man to end if the other people decide to follow a path that does not work toward a successful and positive future. If you are interested in working toward the future, then you should learn how to tell an Aries man how you feel.