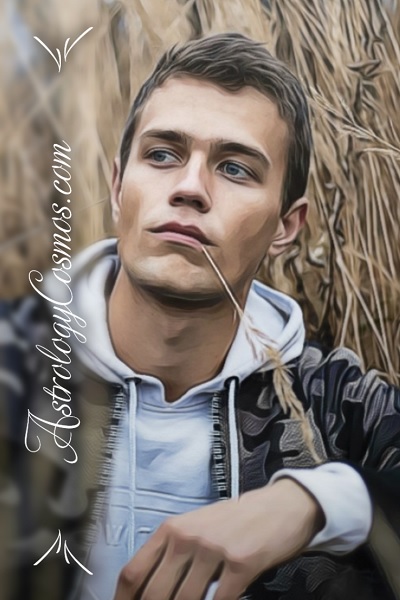 If you are looking to learn about what happens when each zodiac sign is mad at you, then you will find that our exhaustive collection on the subject will provide you with many insights. Throughout the course of your relationship, it is certain that you will benefit from going through our article about how to have a healthy relationship with an Aries man, as this will provide you with a wide range of information that will help you successfully nourish your connection.

What Happens When an Aries Man is Mad at You?

Each Aries man may behave differently when he is mad. Some may express their anger toward you. Others will avoid you to spend time with other people. One Aries man may withdraw into a ball of fury, while another may explode at the slightest interaction. Since each person is different, this article will help give examples specific to each type. At the end, we will offer potential courses of action that make help you recover from your mistakes and help you to gain his forgiveness.

An Aries man is born of fire and ruled by Mars. His natural male energy compounds the influences of the planets and stars. When an Aries man is mad at you, he may behave in a confrontational or aggressive manner. This attribute may cause some Aries men to believe that it is appropriate to hurl insults or behave in a threatening manner. Others who recognize that those behaviors are unacceptable, may argue in a combative manner.

If your action that brought him to anger was targeted toward him, such as betraying his trust or insulting him, then he will likely return that energy back to you. Like the ram, an Aries man confronts threats head on. He will have no compunctions about reflecting your behaviors back toward you. When in conflict, he intends to win and has no desire to beat around the bush. Some may express their natural arrogance by refusing to speak with you. Others may be ruled by stubbornness and reject anything that you say.

It is possible for an Aries man to avoid direction confrontation, though it is less likely that they will choose this route. Aries men are particularly driven by their physical desires, and their jealously may cause them to be suspicious of your behaviors. In regard to infidelity, and Aries man will likely return the favor to even the playing field. If you cheated on an Aries man, then you may expect that he will exhibit the exact same behavior. Moreover, he won’t acknowledge that it was inappropriate, as his behaviors were based on revenge rather than infidelity.

When an Aries man is mad at you, he may avoid you completely. It is likely that he will spend additional time with his male friends. He may desire to fight or cause trouble. It would not be above an Aries man to start a fight with a stranger because he is upset with a behavior that his partner or friend chose to exhibit. He is impulsive, and this may cause him to go on a road trip with his friends at a moment’s notice.

Not all Aries men are the same. Some will choose to isolate themselves away from you and everyone else that they know. Their pride may cause them to avoid others, as they do not want to show their emotional weakness. Unfortunately, this causes the anger of the Aries man to be like a burning ember. His feelings may continue to months on end. As long as his feelings are not addressed, his negative feelings will influence every behavior that he makes. Of course, he is likely going to be hyper-sensitive at this time, which may cause him to lash out in anger at trivial interactions.

His isolation may lead him into a depression. Naturally, this will cause him to feel poorly about himself and his actions. He may begin to blame himself for why you chose to hurt him. Because he naturally thinks highly of himself, these negative feelings may cause him to go into a deep spiral of negative emotions. In turn, he may treat you poorly as a reflection of his own personal inadequacies. Sadly, this can lead to psychological abuse. If this occurs, then you may have to avoid him to protect your personal well-being.

When restless, an Aries man may lose sleep which may cause him to be less rational and logical. When rebellious, he may stop follow the agreements that the two of you discussed earlier in your relationship. He may act with violence, though this behavior is not restricted to an Aries man. If he chooses to physically or psychologically abuse you, then you need to immediately end the relationship and potentially speak with law enforcement. It is important to always ensure that you are safe and secure.

It is not only beneficial to learn about what happens when an Aries man is mad at you. It is important to understand and learn how to get an Aries man to forgive you. Seeking forgiveness from an Aries man is straightforward, though the path may be difficult. Being successful in your attempts requires persistence and honesty.

You must acknowledge his reason for being upset. It is likely that a behavior or lack of action on your part has caused him to feel slighted. If you are aware that he is mad at you, then you should be direct with him in attempting to learn the cause. He will be honest and direct with you, though he may be sharp or gruff in his statement. Do not allow his personal anger to cause you to behave in a manner that is negative as well. This will only increase the confrontation, and you will not be able to gain his forgiveness.

Now that you have acknowledged his feelings, you must understand why he had those feelings. It is likely that he felt harmed by your actions. His pride is of utmost importance, and your behaviors likely caused his ego to be bruised. Now that you understand him, you need to inform him of the reasons for your behaviors. A simple apology will not solve this problem. You must explain your logical reasons for why you felt your behavior was appropriate.

After you have understood and acknowledged his feelings, you can explain the reasons for your actions. Now you are at the final step of resolving the situation and earning his forgiveness. At this point, the two of you will have a discussion about which actions and behaviors are appropriate the in the future. When an Aries man is mad at you, you should view the final discussion as a contractual agreement. The two of you will agree on a new set of rules and continue your relationship from that point on. Ensure that any behaviors of his that were inappropriate are addressed at this time, as it is important that he understands how his actions influenced your own.