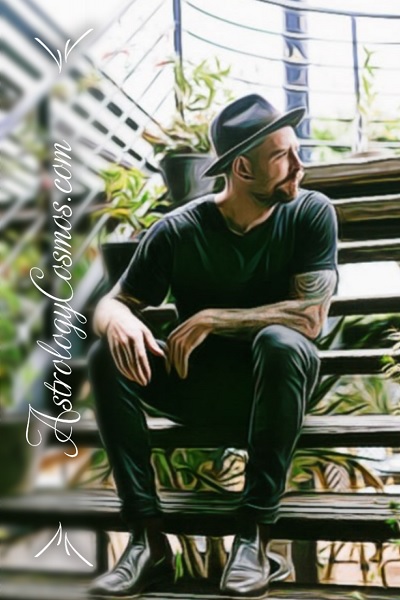 When you notice that a Libra man becomes distant, it is certain that his behaviors are influenced by various aspects of his life and your relationship. If there has been stress within your relationship, then he may decide that it is more beneficial for him to focus his attention and energy elsewhere. Remain mindful throughout the discussions that you have with him, as this will give you a greater understanding of what kind of future he envisions.

If you are interested in learning about what happens when each zodiac sign becomes distant, then be certain to take this opportunity to discover how the other astrological signs may behave when they become distant. To aid you in every aspect of your friendships and romantic partnerships, we invite you to consider taking this time to look through our collection about how to have a healthy relationship with a Libra man.

What Happens When a Libra Man Becomes Distant?

Should he realized that he is no longer happy or content with his life, a Libra man may decide to make a major change. When he looks inward, he may discover that the fundamental issue that he is dealing with is your relationship. Physical presence is important to him, so when a Libra man becomes distant, it may mean that he has weighed his options and decided that it would be best if the two of you parted ways. While this doesn’t mean that he is done with you, it does indicate that there is a serious issue that may need to be addressed.

When a Libra Man Ignores Your Messages

You may find that he will choose to ignore your messages on social media or other messaging applications. He may even decide to not pick up your calls, which may cause him to make up excuses for his behaviors. When you notice that a Libra man ignores your messages, you may want to speak with him in person. However, this may be difficult, as he is an expert at avoiding situations that he doesn’t want to be a party to.

When a Libra Man Takes a Long Time to Respond

When a Libra man becomes distant, you can expect that one of the ways that he will reveal his feelings is by taking a long time to respond to you. Of course, it is possible that he is busy with a project or other social relationship, so you should not attempt to accuse him of avoiding you. If you notice that these behaviors become more frequent, then he has already made the decision to begin the process of ending your relationship.

When a Libra Man Ghosts You

It is possible that he will decide to simply stop speaking with you, and this behavioral change may be sudden and without explanation. When a Libra man ghosts you, it means that he has judged your relationship to either be too stressful or too unpleasant for him to maintain. As he seeks to balance his personal life, a Libra man may choose to ghost you. If this happens, then you should realize that there is no benefit in attempting to reach out to him, as he has made his feelings clear.

When a Libra Man Blocks You

When a Libra man becomes distant, he may decide that it would be best to just block you. This only happens if you have treated him in an insulting or offensive manner. When a Libra man blocks you, you should be aware that he has made the final decision regarding your relationship. He is a deliberate individual who calculates how his behaviors will influence his future. If he has blocked you, then it is certain that he has decided that he would be better off without you.

When a Libra Man Ignores You in Person

If your relationship has come under serious stress, then it is possible that a Libra man will decide to ignore you in person. While this doesn’t necessarily mean that he isn’t interested in being your friend anymore, it should make you realize that there is a problem. Of course, he may simply be nourishing a social relationship with someone else, and this may have caused him to prioritize that relationship over yours. Should the two of you nourished a strong relationship together, however, and he decided to remove you from his life, then it is likely that your relationship has concluded.

When a Libra Man Responds With Short Statements

You may find that a Libra man will begin to respond to you with quick or short statements. When a Libra man distances himself from you, it is possible that he will do so with slow, deliberate actions. You may be able to watch as your relationship diminishes, especially when it comes to your conversations. These sharp responses are likely due to him either having nothing to add to the discussion or because he doesn’t enjoy what the two of you are speaking about.

When a Libra Man Avoids You

Should you notice that a Libra man decides to avoid you, be aware that this is because he doesn’t want to speak with you. If you attempt to have a conversation with him after he has given you signs that he isn’t interested in talking to you, then it is possible that he will simply turn around and walk away when he sees you. When this happens, it likely is due to how your behaviors make him feel. If he feels unsafe or disrespected, then he will have no interest in strengthening your connection.

When a Libra Man Is Rude

When a Libra man becomes distant, it generally means that he is done with you. If you press the issue, then he may decide to push you away by being harsh or dismissive. When a Libra man is rude, it means that you have crossed a line and he doesn’t know what else to do. The only way to potentially salvage your relationship at this point is to give him the space he needs to make a decision about what he wants for the future. If he decides that his life no longer needs to involve you, then make peace with his choice.

Should a Libra man make the decision to separate himself from you, you may feel that his behaviors were unwarranted or unfair. This may cause you to feel that you should speak with him, and doing so may help you overcome his concerns or worries. If he gives you the opportunity to share yourself with him, then it is important that you are mindful and attentive to his reactions and statements. Be sure to take this time to learn how to get a Libra man to forgive you.