Mercury is the closest planet to the sun, which gives it a special solar connection. In Greek mythology, Mercury was the messenger of the gods. Mercury in astrology is connected to the colors gray and yellow as well as to the day Wednesday. It is linked to such ideas as children, cars, hands, ears, minds, expression, words, writing and the voice.

Mercury in astrology is closely connected to the ancient myths of the god, Mercury. In myths, Mercury was a god who brought information from one spiritual plane to another and could incorporate knowledge. While he was often known as a trickster, Mercury also represented the way our personalities can split. Mercury shows how we reason, think and fill our existence. Mercury is the ruler of Virgo and Gemini. As such, it forms the connection between our practical human nature and habits and our mental plain.

In astrology, Mercury is generally connected to communication and the way we think. This planet is all about information and where our mind focuses during our lifetime. If it is accented in your astrological chart, it often shows some type of special relationship with a brother or sibling. Since it rules Gemini, it often means an extra focus on the benefits and challenges of brotherly love. Mercury in astrology is all about self-expression and our verbal understanding. It shows us how to explain our own inner truths to the rest of the world. With its close-up access to the sun, it is the planet of awareness and making rational decisions. It demonstrates our abilities to analyze our situations and make choices based on the light in our life and our brain.

Mercury as a Planet

In our solar system, Mercury is the smallest planet. It is located closest to the sun, but this does not make it the warmest planet. Venus actually holds that role because its atmosphere keeps in more of the heat. Meanwhile, Mercury orbits quickly around the sun and makes three revolutions around the sun for every single revolution made by earth. This means that three years on Mercury squeeze into just one year on our planet. Because of this, Mercury's retrograde motion happens three times each year. Because of its rapid speed, ancient civilizations once assumed that Mercury was actually two different stars with one appearing in the morning and the other appearing at night.

The Manifestations of Mercury

All of our thinking, talking and walking is within Mercury, but there are always two sides of the coin. Regardless of our natal position, the strength and weakness of Mercury is its duplicity. This means that we may look to either side of an argument to find answers. If it is in the seventh house, it shows an inclination to find love from two different partners at once. Mercury is a planet driven by organization, multiple functions and mental power. It shows everything that we were set on Earth to do or say. As such, it represents our abilities, awareness and humanity.

Mercury is the master of all movements whether you are driving a car, taking a bus or walking. It is a natural wanderer that is always on the go. Mercury never stops unless something needs to be fixed or thought out. It is the planet of rationality, reasoning and thinking. As such, it shows the brilliance we have in deciding on matters using careful reasoning. It also shows our hands and how we can use them.

While there are many positives associated with Mercury in astrology, its duality means that there are always dangers to watch out for. This trickster hides behind Pisces and the Water element. This is no good for Mercury because Pisces lacks clarity and rational Mercury dislikes to take anything on faith. Mercury is a natural skeptic and likes to analyze situations. Emotions are hard to accept, and it puts our ego in line. If we are unable to bring our emotions along with us, Mercury makes it impossible to communicate on a deeper level and tends to become superficial. For our energy to remain flowing, we must speak and act without judgment and keep in touch with our emotional center. 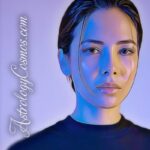 A Virgo woman may have various influences in her life that may cause her to ...

END_OF_DOCUMENT_TOKEN_TO_BE_REPLACED 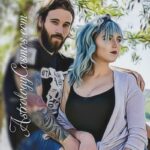 As you nourish your social relationship with a Gemini man, you may realize ...

END_OF_DOCUMENT_TOKEN_TO_BE_REPLACED 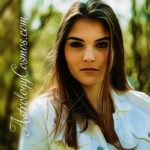 When an Aquarius woman feels harmed or insulted, there is no telling what ...

END_OF_DOCUMENT_TOKEN_TO_BE_REPLACED 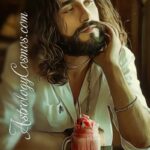 When you want to learn how to date a Cancer man, you will find that your ...