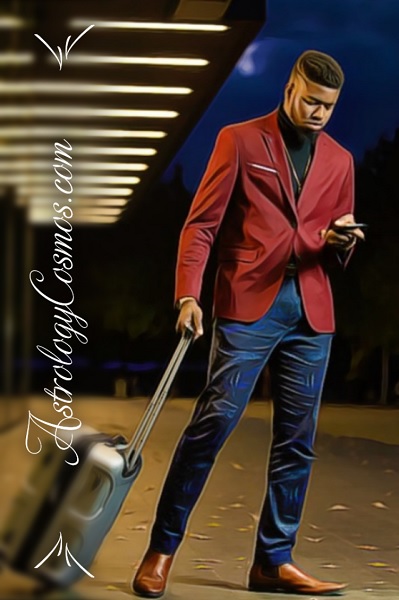 As you maintain a relationship with a Leo man, it is possible that he will make the decision to separate himself from you. When a Leo man becomes distant, it may make you feel that your relationship may be faltering. While his behaviors may not mean that he doesn’t want to be your friend anymore, it is clear that something is on his mind. As his personal relationships are particularly important to him, any changes in his behaviors may be indications that there is something that you need to address.

If you are interested in learning about what happens when each zodiac sign becomes distant, then be certain to take this opportunity to discover how the other astrological signs may behave when they become distant. We welcome you to take this opportunity to peruse through our entire series about how to have a healthy relationship with Leo man, as this will support you at all stages in your friendships and romantic relationships.

What Happens When a Leo Man Becomes Distant?

If a Leo man realizes that the relationship that he is nourishing is no longer satisfying, then it is likely that he will distance himself from that person. His friendships and romantic relationships are important to him, and he highly values physical presence in every relationship that he maintains. When he begins to separate himself from someone, it likely means that he is considering what his life would be like without that person. Of course, when a Leo man becomes distant, it doesn’t necessarily mean that he is done with you, but it should make you realize that your relationship may be untenable.

When a Leo Man Ignores Your Messages

It is possible that he will decide that he is no longer interested in responding to you. When a Leo man ignores your messages, it is likely that he will choose to not pick up your calls as well. You may find that he will stock speaking to you on social media or other messaging applications as well. It is possible that he has decided that he is more interested in nourishing his other social relationships at this time. Though it may be difficult, this may be your sole opportunity to speak with him about the issues at hand.

When a Leo Man Takes a Long Time to Respond

You may find that a Leo man begins to take a long time to respond to you, and this may be a sign that he is confused or uncertain about what he wants to say to you. Of course, these behaviors don’t always indicate that he is interested in ending your relationship, as he may be focusing his energy elsewhere. He is a social creature, so he may be nourishing a social or romantic relationship with someone else. If these behaviors happened frequently, however, then this may be a sign that he has become less interested in your relationship.

When a Leo Man Ghosts You

When a Leo man becomes distant, you may find that he will decide to entirely remove himself from your life. This may occur without an explanation or apparent reason. When a Leo man ghosts you, it is likely due to a major issue that developed during your relationship. It is possible that you insulted or offended him, and he felt that the best course of action was to separate himself from you. If you get ghosted by a Leo man, then you should abstain from reaching out to him, as it is clear that he isn’t interested in maintaining a relationship with you.

When a Leo Man Blocks You

A Leo man may choose to block you, especially if you behave in a manner that is inappropriate. It is certain that he will give you signs, such as ghosting you, that should make you realize that he doesn’t want to speak with you. If you have behaved in a way that made him realize that you do not respect him, then you may find that he will make this decision. When he blocks you on social media or other messaging applications, you should be aware that your relationship has concluded.

When a Leo Man Ignores You in Person

It is possible that a Leo man will make the decision to ignore you. It is possible that he will decide to avoid you entirely, and this may make his behaviors seem particularly extreme. You should be mindful of how his friends interact with you, as this will give you greater insight into his feelings regarding your relationship. You may find that he simply is focusing his energy on another social relationship, and that leaves little or no time for him to spend with you.

When a Leo Man Responds With Short Statements

Should you notice that a Leo man responds with you with your statements, then you should take note of this behavioral change. Be mindful of his body language, as it is certain that his behaviors will help you understand what he is thinking. He may simply be focused on something else, as he is generally known to be an ambitious individual. If you have behaved in a way that made him feel frustrated or annoyed, then it is likely that he has decided that it is best to keep your conversations short.

When a Leo Man Avoids You

When a Leo man distances himself from you, you may find that he will do everything that he can to ensure that the two of you don’t interact. If you notice that he turns around and walks away when he sees you, then it is certain that your behaviors have made him feel uncomfortable or unsafe. If you offended or insulted him, then it is likely that your relationship is no longer able to be repaired. Should you notice these behaviors, it is important that you do not attempt to press the issue, as this could exacerbate whatever problem that he may have with you.

When a Leo Man Is Rude

If you choose to ignore the signs that he has given you, then you may decide that it is appropriate to attempt to have a conversation with him when he isn’t interested in speaking with you. When a Leo man becomes distant, he may choose to become gruff or dismissive. You may notice that he will become particularly rude or offensive, as he is attempting to push you away. Should you notice these behaviors, you should acknowledge that your relationship has ended.

You may feel that he has chosen to distance himself from you due to an inappropriate or unacceptable reason, and this may impel you to speak with him. If he decides to maintain a conversation with you about the subject at hand, then it is important that you remain mindful and attentive throughout your conversation. His body language and reactions will help you understand what he is thinking. To help you during this time, you should learn how to get a Leo man to forgive you.