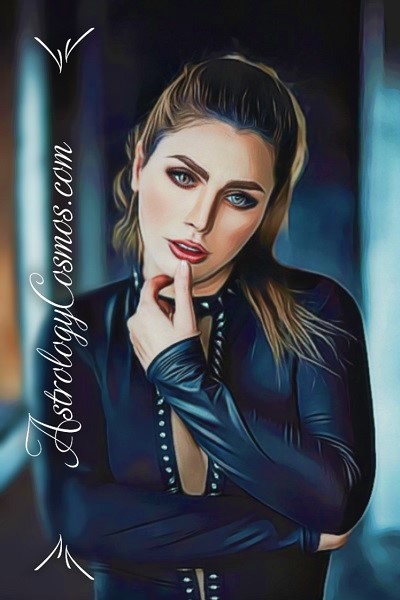 What Happens When a Capricorn Woman Is Hurt?

When hurt, the average Capricorn woman may become rigid and withdrawn. At times, she will behave like a glacial wall, and will respond icily is she responds at all. It is likely that she will turn her energy and attention to her career or other social obligations. If her attention changes, then her plan will change, and the person who hurt her may find themselves on the periphery of her life. It is even possible that her mind will change without an indication, and the offending individual will find themselves removed from her life suddenly after she has thoroughly weighed her options.

At first, it is likely that her feelings will remain well within her stoic mind. Depending on the Capricorn, she may or may not decide that it is worth her time to share her feelings. After a period of time, she will either inform the person who has harmed her of her opinions or ask some pointed questions. If she respects the person in question, then she will require a reasonable response, but will not entertain excuses. If she has lost respect for her partner, especially in cases such as infidelity or neglect, then the decision will be swift, harsh, and final. When this occurs, you will need to learn about what happens when a Capricorn woman is mad at you.

When a Capricorn woman is hurt, she will likely find solace in looking inward and making a decision about her future. Capricorn women will likely be found with their nose to the grindstone, particularly those who have flourishing careers. Unlike other signs, she will be more likely to weigh the potential reasons that caused someone to harm her. She is aware that each person has influences in their lives which may be stressful, but she certainly will not accept harmful actions that were influenced by whims of fancy or illogical arguments. She will likely take time to deliberate, and during that time people, she is willing to accept new evidence or assertions. However, once her decision has been made, the topic has been concluded.

How to Get a Capricorn Woman to Forgive You

When a Capricorn woman is hurt, the deliberation time is the only opportunity available for a discussion to be had. She will likely speak to her friends, family, and coworkers about her situation, but only those that she trusts deeply. It is this categorization that she has founded her life upon, and if you find yourself removed from this process, then the judgment has likely been determined. It is certain that you were aware of the behaviors that this Capricorn woman finds acceptable or unacceptable, as she is unlikely to keep secrets from someone that she trusts or has established a relationship with.

It is unlike a Capricorn to hold a grudge, as it is more likely that she has excised a negative influence from her life. She has likely forgiven inappropriate or harmful behaviors, but she most certainly will not forget. If the relationship has ended, then she has moved on and will not likely be willing to attempt to nourish the relationship in the future. If she is willing to forgive you, then it is likely that she will be direct about her needs and what actions you need to take. It is up to you to accept her decision and make the required changes or to get out of her way.

Apologies may be not only useless but counterproductive when dealing with a harmed Capricorn. She is not looking for excuses, she is looking for someone who will take responsibility for their actions. Most importantly, she wants someone who will acknowledge their mistake and give her assurances that they will not make the same decision again.

Capricorn women live their lives by a defined set of rules. This guideline may be different for each Capricorn, but you can be certain that it is set in stone. As both an earth and cardinal sign, it is unlikely that she will change her principles for something as mutable as an emotional relationship. If she has decided to place her relationships above herself, then she has placed her trust fully in that person. If betrayed, then the foundation will crumble in a moment, and she will be off to bigger and better things without a second thought.

If you are seeking forgiveness from a Capricorn woman, then do so immediately and without hesitation. Acknowledge your mistakes and do not offer an excuse. Explain that you will change your behaviors. You may feel as though your actions are scrutinized, as she is making sure that you are keeping to your word. In time, if you are worthy of her trust, she will integrate you back into her life and move forward with you, shoulder to shoulder.

What Does a Capricorn Woman Hate in a Relationship?

When nourishing a relationship with a Capricorn woman, you will be aware of her needs, likes, and dislikes. However, there are some commonalities among Capricorns that you can assume before in-depth conversations are discussed. Think of these following dislikes as clauses in a contractual agreement, rather than topics open for discussion. Should you make the decision to continue to behave in an inappropriate manner, then you will need to understand what happens when a Capricorn woman is done with you.

Excuses: One of the primary aspects of a Capricorn is that she has no time for excuses. The requirements of the relationship have been determined and accepted. If her partner or someone in her life chooses to ignore these values, then it better be for a valid reason. Excuses, especially excuses based on someone’s inability to control themselves, are entirely unacceptable. If a mistake has been made, then it must be acknowledged and future behaviors changed.

Indecision: A Capricorn will take however much time is necessary to weigh the available evidence to make a decision. She has no problem with taking the time to come to a conclusion regarding a question. However, there is a point where a decision must be made. She will not wait indefinitely for someone to resolve a question. If she has made a decision while others linger, then she will continue on, with or without the other person.

Indolence: For her, few things are as valuable as ambition. She is aware that ambition leads people along many different pathways. It is even acceptable to her if she does not understand the goals of her partner, as long as that person has goals they are striving for. What she cannot accept are laziness and inaction. A partner who does not contribute to the relationship or work toward their own goals will find themselves removed from her life.

Control: Capricorn women rarely like to be controlled by a partner who attempts to prevent her from holding the reins of her own life. Her career, family, and goals are incredibly important to her self worth. She may be willing to take advice from someone, but she will certainly not be bullied or coerced.

If she feels unappreciated or disrespected, then the offensive person will find themselves forgotten and alone. When a Capricorn woman is hurt, whether she is pressured or neglected, she will make the decision to rely on the only person that she can trust, herself. However, if you show her that you are an attentive and mindful partner, then you will be able to tell a Capricorn woman how you feel.