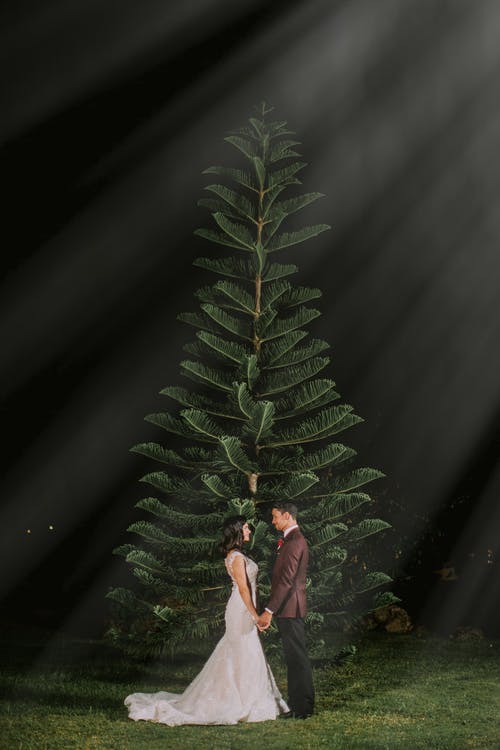 Throughout the course of your relationship, you may find that your statements or actions may have caused the Capricorn man in your life to feel that you have harmed him. He is often pessimistic, so small concerns in his relationship may cause him to feel that there is a major problem. He is also sensitive and practical, and he may feel concerned that your behaviors are signs that you are no longer committed to the relationship. When upset, he may be restless and unforgiving, as he would rather move on from a relationship than be further injured by it.

If you are looking to learn about what happens when each zodiac sign is mad at you, then you will find that our exhaustive collection on the subject will provide you with many insights. We invite you to look through our entire collection regarding how to have a healthy relationship with a Capricorn man, as this will supply you with a wide range of information that will help your relationship flourish.

What Happens When a Capricorn Man is Mad at You?

The element of earth is the framework of every Capricorn man, while his guiding planet is Saturn. He is often traditional and disciplined, which may mean that he feels that a relationship that has been betrayed may be no longer viable. He is often secure in his decisions, which will likely influence his actions at this point in the relationship. He may choose to attempt to create restrictions in regards to your relationship, or he may turn his attention toward the past. The discussion to move past your error which caused this conflict may prove to be more troublesome than your behavior itself.

Importantly, he wants you to recognize his feelings toward your action. He may not be particularly interested in addressing what you did to offend him, rather he wants you to inform him of the reason why you thought that it would be appropriate to treat him poorly in the first place. Unfortunately, he will likely be haughty or upset when he speaks with you. If he chooses to speak with you, then you can expect him to be headstrong and direct.

He may also choose to focus his energy in a passive-aggressive manner. When you are learning what happens when a Capricorn man is mad at you, it is important to know that he may express himself in a variety of ways. He may spend time with other people or alone, and this is likely because he wants you to know that he is ignoring you. His intention is likely to cause you to address the concerns, which will give him an opportunity to be defensive in his actions. It is likely that this scheme is designed to cause you to feel overextended, which will give him a chance to respond in a calculated and sharp manner.

One of the most important aspects of a Capricorn man is that he is particularly stable and decisive. He will not act irrationally, but he will likely be aggressive. If you have made the unfortunate to breach his trust through maintaining an inappropriate physical relationship, then he will respond in a similar manner. This may not be for his personal pleasure, though it is likely that he will enjoy it, but rather his intention is to cause you calculated suffering.

Additionally, he is patient, and he will use this to his advantage. He may make some time as he seeks his revenge. His behaviors at this time are likely not based on his feelings toward you, rather the experiences that he wants to share with the people who he is spending his time with. He may focus on his career or whatever project he is working on at that time. Throughout this time period, he may vent the negative feelings that he once had for you, or they may boil inside of him.

It is likely that he will turn his attention inward, as self-centered people tend to do. This is related to his desire to detach himself from what he feels for the person who has harmed him. When he looks inward, he may make the decision that he needs to spend more time on himself. During his time alone, he may choose that the relationship is no longer viable. If you are unable to reach out to him at this time, then you may find that the partnership may end without discussion.

Of course, he may use this time to focus his energy on introspection. It is likely that you offended a value of his, rather than his personal sensibilities. When this happens, he may need to take a look at the ideals that he holds in regards to your relationship. If you have chosen to betray his trust, then he may think that the contract of the relationship needs to be altered. When this occurs, he may decide that your action was acceptable for both partners, you and him.

It is certainly possible that he will choose to behave in a cold and unresponsive manner. While perhaps immature, it may be the best way for him to defend himself from the actions of his partner. After withdrawing into himself for an extended period of time, he may choose to explode in an unpredictable way. When this happens, it is likely because he allowed his thoughts and anxiety to churn without the ability to release his feelings.

When he addresses his concerns with you, he is not looking for an excuse or a deflection of blame. As you learn what happens when a Capricorn is mad at you, you will find that he is interested in a direct and honest conversation. He will be cold and logical, and he will expect that you do not turn the argument into an emotional conflict. If you choose to evade the discussion, then he likely will turn his coldness into fire.

As you navigate the conversation regarding his feelings and you attempt to gain his forgiveness, you will find benefit in being earnest at all times. If you feel that his actions have influenced your actions, then you may bring this information up at this time. Of course, you should not attempt to put blame on him at this time. Doing so will absolutely cause detriment to your cause, so it is important to be factual rather than emotional. This is the perfect opportunity for you to learn about how to get a Capricorn man to forgive you.

When you learn what happens when a Capricorn is mad at you, it is important that you match his patience. As he speaks with you, you will understand his tone and where he wants the conversation to go. Listen to what he has to say, as it is unlikely that he is keeping secrets from you. He will be direct with his feelings, and he will expect to you specifically address his concerns. Direct your statements to his, as you will find that the conversation will likely be mature and swift. When you learn a Capricorn man is mad at you, you should always be transparent in your speech and actions.

With every relationship, trust and honesty are at the crux of a successful relationship. You should take this opportunity to be close with him. When you are not actively speaking about the conflict at hand, you should share your tenderness and sensitivity with him. This will give the two of you an opportunity to nourish the relationship and make new memories. As you progress through this relationship, you will find that the best course of action is to accept and acknowledge his feelings regarding your actions.