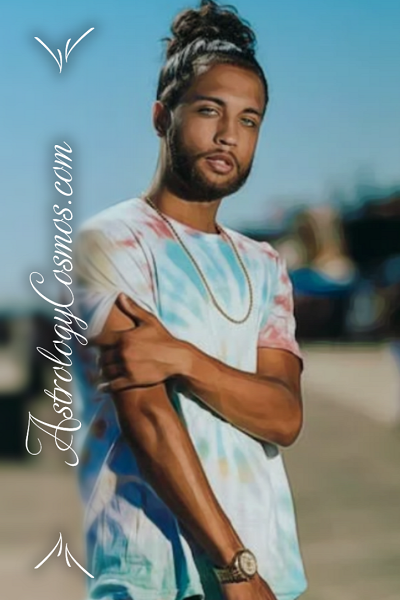 You thought everything was going great, but then your Cancer man suddenly stopped texting back. If this is the case, don’t worry quite yet because there are many reasons why a Cancer man might not text you back right away. Read on to find out what to expect and what you can do about this situation.

How Do You Deal With a Cancer Man Being Distant?

A Cancer man needs to have some alone time. If he doesn’t have time to mull over his feelings, he’ll get stressed out and unhappy. With some alone time, he can think over the relationship and realize that being with you is the right choice.

Other than letting him have the alone time he needs, you can also help your Cancer man by apologizing if you hurt his feelings. Cancers are known for getting moody when their feelings are hurt, so be upfront about any mistakes you’ve made and try apologizing. Try asking him what you can do to fix the problem.

You should also stay positive. It’s normal for people to need some alone time, so don’t panic if he’s not texting back right away. Give him his space for a bit.

Once he’s had enough space, try asking for his help with an activity. You could also think of a fun date idea he’d enjoy and ask him to go with you. Activities are a great way to reconnect, and Cancer men often have an easier time opening up when they are with their girlfriend or wife in person.

Why Does a Cancer Man Stop Texting You Back?

There are many reasons why a Cancer man won’t text you back right away, so don’t start panicking right away. While something could be wrong, he may also just be busy or distracted. Take some time to think about your relationship and his individual personality type to see if you can understand which reason is why he isn’t texting you back anymore.

Before you jump to negative conclusions, think about how he normally acts around you. This zodiac sign is all about the home and hearth, so it’s highly irregular for him to suddenly act in a flaky or disrespectful way. If he isn’t texting you back like normal, something might be wrong.

He may have broken his phone, or he may have just heard that his grandma died. Either way, there might be something going on in his life that is keeping him from responding to your texts like normal.

The typical Cancer has a supportive, emotionally caring personality. However, his overall reliability doesn’t extend to mobile devices. Cancer men are notoriously unreliable when it comes to texts, so don’t read too much into it.

This emotionally sensitive man sometimes needs a bit of time to think. He may be using this time to decide whether this relationship is right for you. A Cancer man is all about family and deeply committed relationships, so he won’t want to stay in a partnership that he doesn’t see a long-term future in.

Life can get in the way. Even if he wants to text you every minute of the day, his boss or professor may have other ideas. Be forgiving and assume the best until you know otherwise.

Beginning a conversation can be difficult because this zodiac sign is notoriously shy. If you just started dating, the problem may be simply that he doesn’t know what to say. Check out our article with 100 cute texts for a Cancer man for some ideas about what you can say to get the ball rolling.

6. He Wants Some Alone Time

A typical Cancer man needs his alone time to think over what he wants out of life. This isn’t always a negative or a positive. It just is what it is. If he needs some space to relax and think about life, leave him be. When he’s ready, he’ll be more than happy to reach out to you again.

What to Do When a Cancer Man Stops Texting You

Before we go any further, put down your phone and keep your itchy texting fingers away from your touch screen. The last thing you should do is keep texting if he hasn’t responded. If his sudden silence was for a good, understandable reason, constant texts will only drive him away.

Once you’ve literally or metaphorically set your phone down, read on to see what to do when a Cancer stops texting you.

How Do You Get a Cancer Man to Text You Back?

If you want a Cancer man to text you back, you should flirt subtly with him and pay him some compliments. While this isn’t always the case, many Cancer men will love having deep conversations about their feelings and goals in life. If you’ve been dating for a while, you can try writing a heartfelt message or love letter to him.

Cancer men generally want someone who is stable and reliable. They eventually want a happy home life, so they need a partner who can be their equal in life. Because of this, don’t send him a dozen texts to try to get him interested. He’ll like you more if you are a stable, independent woman who knows what she wants and isn’t about to grovel for someone else’s affections.

What Do You Do When a Cancer Man Ignores You?

If you are already in a committed relationship, tell him he needs to get over it and talk to you or you’re leaving. A real relationship never relies on silent treatment or game playing. If this is how he’s acting, the best thing you can do for yourself is to leave.

If you aren’t sure why he’s ignoring you, try assuming the best. He may just be busy at work or need some space. It’s also entirely possible he set his phone down before he responded and forgot all about your text. Don’t panic–if the reason why he’s ignoring you is a good one, he’ll end up sending you a text once he remembers.

You never want to keep chasing someone who is ignoring you. If a Cancer man is ignoring you for a good reason, then he’ll eventually send you a text after all. You can also ask him about it in person if you’ve been in a relationship with each other for a while. If he’s ignoring you for a negative reason (like wanting to end the relationship), then nothing you do will change his mind–you’re better off if things just end now rather than later if that is where things are headed.

What Does It Mean When a Cancer Man Doesn’t Respond?

As we’ve said before, there are many reasons why a Cancer man won’t respond to a text. He may have set down his phone in a different room, or he might just need some space. Cancer men also won’t respond if their feelings are hurt, so you can also take some time to think about how he is feeling. He may also just be going through something tough in life, and he just doesn’t have time to text.

There are many reasons why a Cancer man won’t text you back, so think about his feelings and the situation before you jump to conclusions. Since the best relationships tend to be based on open and honest communication, it’s always a good idea to ask him about your worries when you see him in person instead of letting your fears fester. In most cases, a Cancer man doesn’t respond to texts for entirely understandable reasons, so give him a chance instead of immediately writing him off.