When it comes to a relationship, communication is one of the most important things you can do. Unfortunately, it takes two people to communicate. If an Aries man is not texting back, you might feel confused or upset. Is he genuinely interested in you? Or did you misread the signals?

There are a number of reasons why you might not get a text back right away, so try to assume the best. Wait it out because he’s most likely just busy. Aries men are known for being extremely goal-oriented, so he’s probably just chasing his next dream. When he has time to take a break, he’ll check his phone and get back to you.

Why Do Aries Ignore You?

A typical Aries man won’t text you back if he’s busy or occupied by his next goal. If you seemed boring or inauthentic, he might not be interested. In addition, an Aries man will try to ignore you if you try to take away his freedom.

While Aries men are generally good about showing their anger and arguing a point, they’ll sometimes take the path of least resistance. If he decides it isn’t worth his time to engage, an Aries man will ignore you for a variety of reasons. He’d rather enjoy his life than spend his time arguing or explaining to you why there’s a problem.

With that said, you probably shouldn’t assume your Aries man is angry. He’ll almost always express his anger instead of bottling it up, although there is a tendency for this sign to self-isolate. In most cases, an Aries man won’t text you because of the following reasons.

What to Do When an Aries Man Stops Texting You

First of all, don’t panic. And don’t rush to send a second, third, or millionth text. If an Aries man isn’t texting you back right away, give it at least a day or two before you follow up. The last thing you want to do is appear pushy or needy.

To figure out what to do when an Aries man stops texting you, try the following tips.

Before you invest a lot of time and energy in this relationship, you should first figure out if the Aries man likes you back. Then, you can use your texts to seduce him. If you are uncertain about what to say to flirt, we have a list of 100 top texts for Aries men you can test out.

How Do You Get an Aries Man to Text You Back?

If you want to get your Aries to text back, you should start by being confident. Aries men don’t want wilting flowers and passive women. Send your text with confidence, and don’t backpedal. Most importantly, don’t spend 50 follow-up texts if he doesn’t text back instantly.

Aries men tend to be to the point, so small talk probably isn’t the best texting strategy. Instead, you should lead up to an event, adventure, or outing of some sort. Most Aries are inclined to do outdoor activities, so a hike or kayaking trip would be a fun way to get to know each other.

Aries men also value honesty. They’d rather someone be blunt with them. If it looks like he might be interested, don’t be afraid to make a move–he’d much rather know where you stand than waste his time guessing about your feelings.

Remember: a typical Aries man doesn’t want to waste his time on small talk. He wants his conversations to be honest, blunt, and to the point. If you want to go out on a date with him, just say it. At the very least, ask him to meet up and hang out with you. He will feel a lot more comfortable hanging out with you in person than wasting his time on small talk and texts.

If an Aries man won’t text you back, don’t assume the worst. Aries men generally don’t like texting and small talk, so he probably isn’t waiting next to his phone for your replies. Most likely, he doesn’t even realize that you’ve texted him yet. If he has read the text, there are excellent odds he set it down before he remembered to send you a reply.

An Aries man loves the thrill of the chase, so don’t flood his inbox with texts. Instead, show him that you are the confident woman you are. Wait for his response–and if it turns out he doesn’t feel the same way, you should cut your losses and move on. There’s no point in waiting around for someone who isn’t interested, and he knows he can text you if he wants something more out of your relationship. 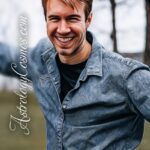 Leos are the life of the party and tend to have a large group of friends. ...

END_OF_DOCUMENT_TOKEN_TO_BE_REPLACED 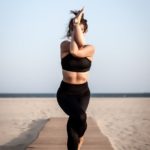 Meditation is meant to be a lifelong process of concentration, with the ...

END_OF_DOCUMENT_TOKEN_TO_BE_REPLACED 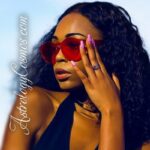 As you navigate a relationship with a Libra woman, it is possible that your ...

END_OF_DOCUMENT_TOKEN_TO_BE_REPLACED 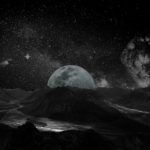 The planets in astrology are not just the planets. When astrologers talk ...