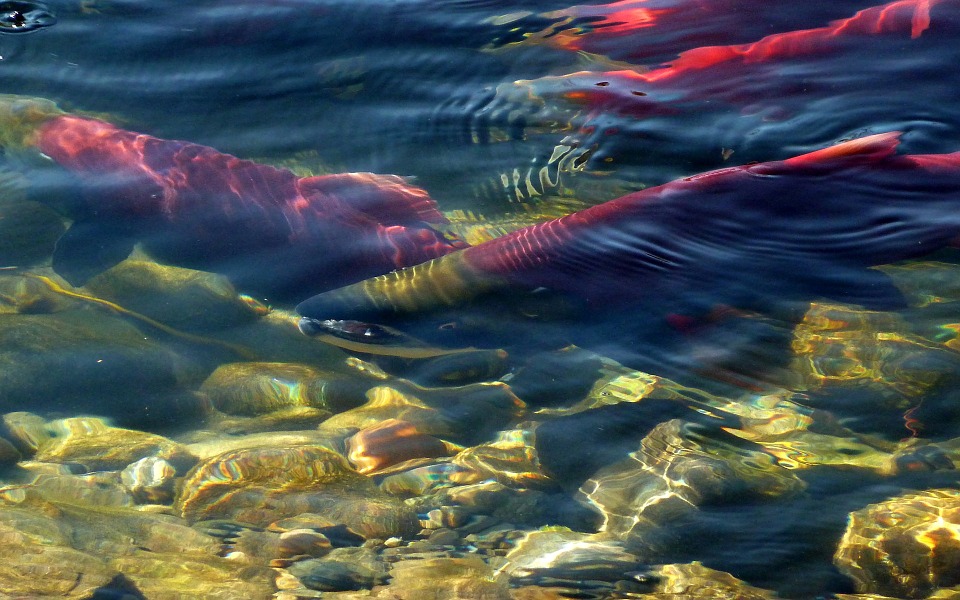 A Salmon totem is all about enthusiasm and innovation. This Native American astrological sign is all about inspiration and creativity. They are driven y their passion, so they often do great things in their life.

Overview of the Salmon Totem in the Native American Zodiac

The Salmon is someone born between July 22 and August 22 in the Northern Hemisphere. In the Southern Hemisphere, the corresponding dates for the Salmon totem are January 20 to February 18. This birth totem roughly corresponds to a Leo and an Aquarius in the Western zodiac. Unlike other zodiac signs, the Salmon totem is more than happy to swim upstream and against the current of life. Even if they have to work against the current, they will courageously forge a new path to get what they want out of life.

Driven by their passion and bravery, the Salon totem does have a tendency to see the world in just black and white. One of the most challenging lessons for the Salmon is learning how to let go of dogma and a rigid view of the world. When the Salmon can do this, they are able to move in harmony with the natural balance of the world instead of always fighting against it.

The Salmon totem represents someone who likes to live by example. When they are in a group, they are often an enthusiastic leader that others love to follow. The Salmon’s courage and enthusiasm drive other people to go for challenging goals and accomplish great things.

While the Salmon likes to live their beliefs and set an example, they are still troubled by self-doubts. Beneath the surface, subconscious thoughts worry the Salmon about whether they are good enough. Often, the Salmon will try to allay these worries by seeking outside validation and accolades from others.

Even when confronted by the impossible, the Salmon totem will never give up. This Native American zodiac sign is also driven to reproduce in some way. This could be as simple as having children, or it could mean reproducing their creativity and brilliancy in another creative form. Until they recreate their personality and creativity in the world, the Salmon will not be satisfied.

The Personality of the Salmon Totem

In Native American astrology, the Salmon is all about navigation and finding their own way. This type of person seems like they always know just what to do in life. They seek out new adventures in the world and always know how to find their way home again.

To outsiders, the Salmon can seem like a bit of a drama queen at times, but this is not because they have a huge ego. In reality, the Salmon needs to transform into a more self-actualized being. At times, this can lead to misconceptions and people mistake an attempt at self-actualization for ego.

The Salmon’s season is one of maturity, abundance and growth. They are ruled by the cardinal direction of the South-Southwest, the South wind and the Fire element. This connection is the reason why, despite their watery habitat in real life, the Salmon has a fiery passion and enthusiasm that they bring to everything that they do. Like anything that burns with such intensity, there is always a potential that the Salmon can end up burning out.

The Fire element lends the Salmon totem a natural exuberance for life and a strong sense of bravery. When combined with the Southern wind and direction, the Salmon is an exceptionally passionate Native American astrology sign. They are connected to the summer season, which lends the Salmon some rejuvenation. Spending time in nature and learning to be respectful to the earth help the Salmon rejuvenate.

This Native American birth totem is associated with Carnelian. This fire stone brings the Salmon a strong willpower to accomplish everything that they want. It also instills a sense of confidence in the Salmon. Meanwhile, the raspberry cane plant helps to ring the Salmon totem a sense of joy and cleansing.

The Salmon is all about living the good life, but this does not mean that they are greedy. Instead, they would much rather achieve abundance and share their newfound richness with others. In Native American culture, the Salmon is typically thought of as a symbol of providence and wealth. Fish bones are often sent back to the waterways so that the fish can achieve a rebirth.

If you happen to be dating a Salmon, keep in mind that there is a time and place for everything. The Salmon might be full of passion, but they believe that there everything should be in its proper place. Additionally, remember to praise your Salmon because they need to feel appreciated to be happy.

For a career, a Salmon needs a job that is more than just a 9-to-5 cubicle position. They have a sense of enthusiasm that they want to bring to the workplace, and they really thrive when they can connect to their tasks on an emotional level. Because of their natural talent for organization, a Salmon totem is often an excellent choice for management. They do well in feel-good companies like non-profits, charities and health care.

When it comes to dating a Salmon totem, expect to have an interesting, seductive time in the bedroom. This Native American zodiac sign will also have fun with foreplay or role playing because of their natural sense of drama. While you can always find a way to make any Native American totem work, the best love compatibility for this birth totem will generally be found with Otters, Deer, Owls, Falcons or Ravens.

If you are dating a Salmon totem, start finding new ways to surprise and romance your partner. In Native American astrology, the Salmon is often quite idealistic when it comes to relationships. They have an idea of what the perfect partnership will be like, and they will work to achieve it. Once the Salmon is committed, they will be exceptionally loyal. Their fiery passion is sure to keep the romance alive and strong!