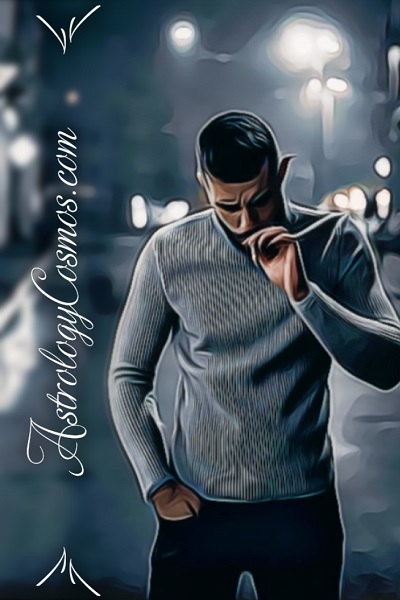 It may have come to your attention that the Aries man in your life made the decision to become distant, and this likely made you realize that his behaviors indicate that there may be a change in your relationship. For an Aries man, there are various reasons for him to choose to become a less active part of your life, and you should acknowledge that this means that he is focusing his energy somewhere else. The following possible interpretations of his choice to become distant will provide you an additional understanding of his feelings.

If you are interested in learning about what happens when each zodiac sign becomes distant, then be certain to take this opportunity to discover how the other astrological signs may behave when they become distant. Throughout the course of your relationship, it is certain that you will benefit from going through our article about how to have a healthy relationship with an Aries man, as this will provide you with a wide range of information that will help you successfully nourish your connection.

What Happens When an Aries Man Becomes Distant?

When an Aries man no longer finds pleasure or satisfaction in a particular aspect of his life, you may find that his expressions may be vivid and powerful. In his personal relationships, whether simple friendships or more complication relationships and Aries man finds that physical presence is fundamental to the success of a relationship. When he decides to remove himself from you, this means that he is focusing his energy elsewhere. While these behavioral changes don’t always mean that he is done with you, it should make you realize that there is a serious issue to be discussed.

When an Aries Man Ignores Your Messages

When an Aries man makes the decision to no longer respond to your messages on social media or other messaging applications, then it is possible that he is simply ignoring you. If you give him a call, you may find that he doesn’t pick up or he may even give you an excuse as to why he didn’t respond to you. Should you realize that he doesn’t want to communicate with you, it should make you realize that there may be something that he feels is harming your relationship.

When an Aries Man Takes a Long Time to Respond

When an Aries man becomes distant, it is possible that one of the ways that he will express himself is by taking a long time to respond to you. While this doesn’t necessarily mean that he isn’t interested in maintaining a relationship with you, it is a sign that his attention has been focused elsewhere. Aries men are known for working toward goals or projects, and it is possible that he has realized that these aspects of his life may be important to him at this time.

When an Aries Man Ghosts You

You may realize that an Aries man will suddenly disappear from your life without a reason for doing so. When an Aries man ghosts you, it is possible that he simply forgot to contact or communicate with you. However, it is likely an indication of a more serious issue. He may have decided to maintain a serious relationship with someone else, and he has realized that nourishing your relationship may be detrimental to the success of a more important partnership. It is also possible that your behaviors have made him realize that your relationship has no future.

When an Aries Man Blocks You

If you have chosen to ignore the various signs that an Aries man may have given you, then it is possible that he will decide to take drastic action. When an Aries man blocks you, it means that your relationship has reached its conclusion. Should you realize that he has blocked you on social media or other applications, then it means that he doesn’t want you to reach out to him. Abstain from speaking with him, as he will choose to communicate his concerns with you in the future, supposing he wants to.

When an Aries Man Ignores You in Person

It is possible that you will realize that an Aries man has made the decision to pay less attention to you. This is a sign that the nature of your social relationship has changed due to a recent interaction. While this doesn’t always mean that he doesn’t like you anymore, when an Aries man distances himself from you, it is a clear sign that something is wrong. If an Aries man ignores you after the two of you have maintained a relationship for a long period of time, then it is certain that your relationship is rocky and stressed at this time.

When an Aries Man Responds With Short Statements

When you speak with an Aries man, you may realize that he will choose to respond with sharp or short statements. At this time, it is important that you are mindful of his body language, as this will help you understand what is on his mind. It is possible that he is simply confused or shy, and he may not know what to say. On the other hand, something that you said may have caused him to feel annoyed or frustrated, and this may be the reason why he is distancing himself from you.

When an Aries Man Avoids You

You may find that an Aries man will begin to avoid you in public settings, and this is normally due to your decision to behave in an insulting or offensive manner. If you notice that he turns around and walks away when he sees you, then you should be aware that you may have caused him to feel emotionally unsafe. When an Aries man becomes distant and steers clear of you, abstain from attempting to speak with him. He needs to take this time to decide what he wants for the future of your relationship if there is a relationship to be maintained at all.

When an Aries Man Is Rude

Though you may have noticed some of the signs above, you might have decided to press the issue with him anyway. When an Aries man is rude or dismissive toward you, it means that you have crossed a line. As you continue to show him that you are not attentive or respectful to his statements and body language, it is certain that he will become progressively more upset with you. In an effort to push you away, he may become cruel or cutting in regard to how he speaks to you.

You may feel that his decision to become distant may be unreasonable or inappropriate. This may drive you to attempt to address whatever concerns that he may have at this time. If an Aries man gives you this opportunity to speak with him, then keep in mind that you should remain mindful of his reactions at all times. To help you work through any issues that you may have, you should take this time to learn how to get an Aries man to forgive you.