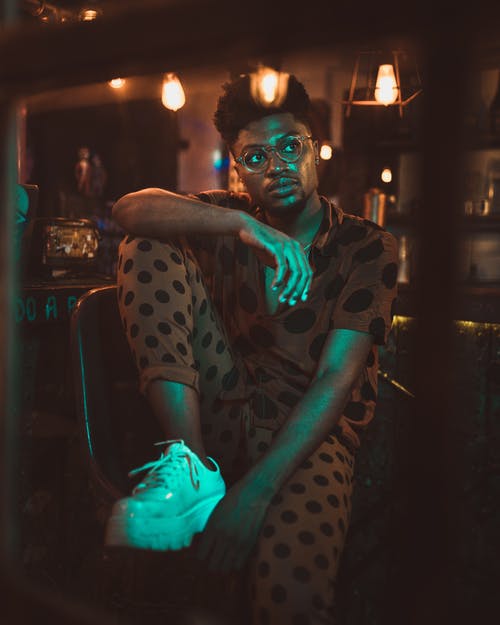 You can expect that a Cancer man has certain qualities that make them unique. Famously, Cancer men are known for being persuasive, emotional, and intuitive. He experiences the world through his heart, which often causes him to navigate the world in an empathetic manner. He may allow his feelings to influence his intellectual and social pursuits, and this may be why he is known for perseverance and diligent. He seeks the satisfaction that comes from strong social relationships and meaningful accomplishments. In general, Cancer men share a host of traits that guide them toward being compassionate individuals.

Each person is host to both positive and negative aspects of their character. Within a Cancer man, elemental water guides him to experience the world in an adaptable and indirect manner. He doesn’t mind change, though he may hold onto what makes him feel secure. His vocation may be important to him, but only if he feels that he is working toward something in line with his values. While he may show endless care toward one thing, he may be absolutely dismissive of another. A Cancer man is often able to overcome concerns in his life by withdrawing into himself, only to act at a critical moment.

Should a Cancer man determine that he finds value in what he is doing, there is nothing that will cause him to turn his attention away. In relationships, he is incredibly loyal and attentive. His desire to show his care for his partner is abundant and absolute. A Cancer man has the ability to influence those that he chooses to speak to, which often causes him to be information and assertive in conversations. What drives him is a desire to benefit a cause or movement that brings benefits to the world around him. A selection of positive Cancer man personality traits and characteristics follows, which was written with the intent to help you better understand his tenacious nature.

A Cancer man is able to determine what course of action needs to be followed to be successful. When he chooses to speak with someone, he is clear and convincing. In relationships, his intention is to ensure that his partner is aware of his needs and desires, while he simultaneously attempts to better understand what would please his partner.

He is often deeply aware of his emotions, which causes him to throw himself into whatever is going on in his life. In his relationships, he expressing his profound feelings with great frequency and intensity. A Cancer man will express himself in an artistic manner, and it is likely that he will consciously sensationalize the guiding feeling within his heart.

You may find that he behaves in an instinctual manner, which often allows him to say the right thing at the right time. Driven by his gut, a Cancer man seems to avoid stresses and navigate obstacles. Regarding his career, a Cancer man will respond to the known circumstances in an automatic manner, which is trained through experience and insight.

Positive and negative traits exist in everyone, and Cancer men are not an exception to the rule. These attributes may cause him to ignore people and tasks in his life that he should be more attentive to. He may not be aware of how his actions influence others, and it is possible that he may be uncaring when informed of the information. A Cancer man may be suspicious or pessimistic, which may add stress to every aspect of his life. The following list of negative Cancer man personality traits and characteristics are often linked to his insecurities, especially due to memories that feel especially emotionally powerful to him.

Due to his natural intelligence and desire to avoid conflict, he often attempts to behave in a subversive manner. He may choose to twist facts or use secrets to achieve his ends. A Cancer man may choose to use other social and emotional relationships to supply pressure. Selfish behaviors may be common in Cancer men who feel defensive or withdrawn.

Cancer men are famously moody. They may behave in an unpredictable or irrational manner, especially when they are in a stressful situation. He may choose to be part of someone’s life one moment, only to be absent the next. If he closes himself off from someone, then it is possible that he will lash out in the future for no apparent reason.

When he works toward a goal, a Cancer man may decide that the ends justify the means. He may use unfair or dirty tactics in a calculated manner. If he chooses to seek revenge on someone, then it is likely that he will attempt to cause that person deep emotional suffering. A Cancer man is cunning, and he may plot and scheme for an extended period of time before acting.

Of course, all Cancer men are influenced by events from their past, current values, and future ambitions. The Cancer man in your life may be compassionate, stable, transparent, jovial, or adventurous. He will journey through his life by avoiding the negatives and embracing the positives. While he may be pessimistic at times, it is likely due to practical concerns and emotional tensions. As he becomes more mature, he will become more interested in devoting his life to a partner or a vision. He may become more focused on his attention over time.

While maintaining a relationship with a Cancer man, there are many things that you can do to ensure that the partnership is successful. Trust and loyalty are particularly important to him, which often causes him to react exceptionally negatively when betrayed. His intuitive nature will help him understand what you need, and he may address your concerns before you vocalize them. For those who work with Cancer men, they will find that his attitude is related to his productivity and attention to detail. Transparent honesty will help ensure that your relationship can navigate the rough waters that may appear in life.