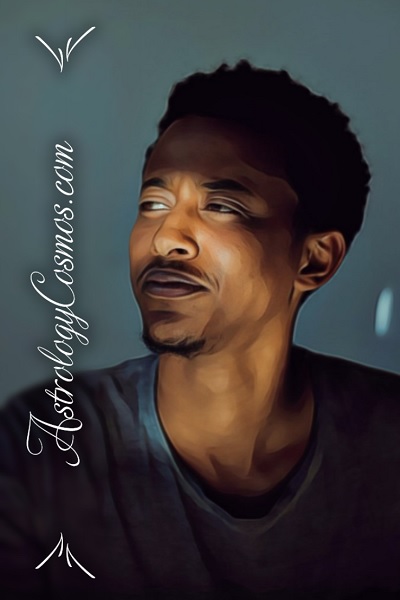 If you are looking to learn about what happens when each zodiac sign is sad, then take this time to develop your capacity for empathy and compassion, as this will help you support the people who are in your life. We invite you to look through our entire collection regarding how to have a healthy relationship with a Capricorn man, as this will supply you with a wide range of information that will help your relationship flourish.

What Happens When a Capricorn Man Is Sad?

At first, a Capricorn man may simply seem as though he is burdened by his thoughts and feelings, and it is likely that he won’t be greatly impacted by his emotions. In some cases, however, he may express himself as though he is mad or angry. If this occurs, then you should take the time to learn about what happens when a Capricorn man is mad at you. This article which follows was designed to help you understand when he is dealing with grief, regret, or doubt.

You will find that being attentive and mindful will help you realize small changes in his behaviors. This will give you an opportunity to address what is bothering him before his feelings overtake him. When he becomes overburdened, his resolve may crack and he may focus his energies on the negative aspects of life. The list which follows is available for you to learn more about how a Capricorn man may behave when he is sad.

He Begins to Fumble

The key to the success of every Capricorn man is his self-confidence. When he feels sad, it is common for him to feel that he is less than capable. As time progresses, these feelings may develop into debilitating insecurities. Every mistake that he makes compounds in his mind, and eventually he may stop attempting to work toward his goals. This may eventually influence his relationships, as he may become critical of his behaviors and failures. He may choose to end a relationship, especially if he feels that he is failing in regard to his role in the relationship.

When he thinks about his own troubles, it is possible that he may become selfish. This may cause him to lose perspective, and he may attempt to rush other people. This could develop into pride, which will influence him to feel that other people are wasting his time. Instead of treating them poorly, he may decide that he has better things to do. Because of this, he may choose to isolate himself from others, which could lead to issues in regard to his career or personal relationships. Similarly, he may rush his own actions with could cause his additional stress in the future.

He Reevaluates His Goals

Before this point in time, he may have felt sure about where he was heading. Depending on the importance or severity of the stress that his causing him to feel bad, he may decide that he needs to make a major change in his life. It is likely that he will begin moving toward his goal with deliberate energy. When the time is right, it is possible that he will take drastic action without speaking with others about his decision. If you notice that he is making serious plans, then address him regarding his behaviors.

His Values Begin to Change

If something that was core to his beliefs caused him to get into a situation that he could have avoided, then it is possible that this will influence him to look inward. Introspection may lead him to determine that his personal philosophy or belief system needs to be altered. Similarly, he may decide that someone in his life needs to change themselves or he may recognize that he needs to react differently to certain situations. Regardless, his personality may change after a serious bout of sadness or melancholy.

How Can I Make a Capricorn Man Happy?

When it has come to your attention that the Capricorn man in your life is sad or upset, be certain to support him by attempting to make him feel better. Should no one in his life attempt to support him, he may determine that he should strike out on his own, which may involve moving to a new city. If you realize that his behaviors are more akin to anger or rage, then you should take the opportunity to learn about what happens when a Capricorn man is hurt. The list that appears below will help you understand how to make a Capricorn man feel happy.

You may find that he will reach out to you when you least expect it. There may only be a handful of chances to address his concerns, and he may choose to attempt to have a discussion with you late at night. Be certain to show him that he is important to you. If he is ready to have a conversation with you, then be a critical listener who is able to provide constructive input. This will show him that you care about him, which may be the difference between him behaving in a manner that may be inappropriate or unacceptable.

During this time, a Capricorn man may feel that he needs help. However, it is possible that his pride will prevent him from asking for support. If he makes a mistake, then be there to help him repair it. If he is having problems with someone in his life, then be present to guide him in a direction that is beneficial. He may be looking to you for input, though he may not be willing to share his desires. There may be a balancing act between his pride and his need for support at this time, so simply show him that you have his best interests in mind.

It is important that you do not manipulate him, as he will likely realize what you are doing. However, you should attempt to guide him to a more positive mindset. If he is sad, then empathize with him. Throughout the conversation, you should speak about more positive subjects. When you change topics to things that he is passionate about, it is likely that his mind will become alive again. If he wants to focus on a single issue, then simply provide an uplifting note in your voice.

A Capricorn man is known for being stable and resolute. However, when he is sad, it is possible that he will likely allow his undermined confidence to make him feel insecure. It is possible that he will behave in a manner than you know is uncharacteristic. These actions may be detrimental, so you should be supportive at this time. If he has a bad day, then be there to speak with him about his thoughts and feelings. Should he become emotional, simply listen to what he has to say and provide a kind word from time to time.