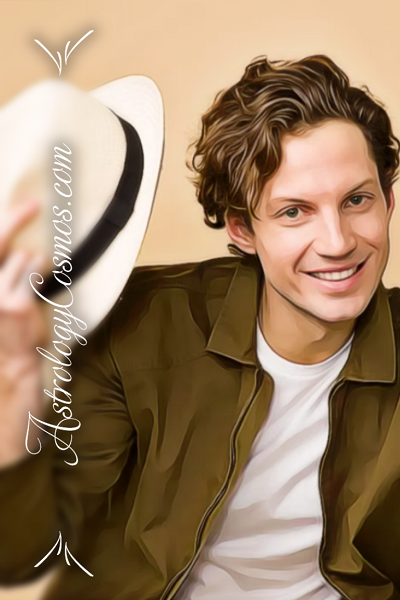 The typical Taurus man is all about home and hearth, so it’s pretty strange for him to stop texting you back. A Taurus man may become distant or start ignoring you if he no longer feels into the relationship. It’s also entirely possible he is just overwhelmed with work or school, so you don’t want to read too much into this right away.

Sometimes, a Taurus man won’t text you back because he hates texting. It could be a sign he isn’t interested, or he may just view you as a friend. Before you jump to conclusions, read on to figure out all of the reasons why a Taurus man isn’t texting back.

Why Is a Taurus Man Distant?

A typical Taurus man is only distant if he isn’t confident about a relationship. Once a Taurus man falls completely in love, he’ll prioritize his partner and family above everything else. While a young Taurus may still be learning about himself and trying to play the field, an established, older Taurus wants to have a happy home life.

This doesn’t mean you should panic right away. After all, it takes time to figure out if you really care about someone or not. He may be initially distant, but he’ll come out of his shell and be more present after he has determined that you are truly the right woman for him.

Why Does a Taurus Man Stop Texting You Back?

Before you worry about a breakup or a relationship on rocks, you should learn more about the many reasons why a Taurus man will stop texting you back. He may be busy, overwhelmed at work, or tired of texting. It’s also possible he has questions about where your relationship is headed, so it’s important to take a few moments to think about the many reasons why he isn’t texting back as much.

What to Do When a Taurus Man Stops Texting You

First of all, don’t panic. There are a lot of legitimate reasons why a Taurus man will stop texting you, so don’t jump to conclusions and send off a flurry of panic-stricken texts. The best thing you can do right now is to wait and see what happens–if you absolutely have to, you can send one (one!!!) follow-up text.

There’s no point in panicking at this stage in the game. If you panic and start harassing him about texting you, it’ll only seem clingy and drive him away.

We can’t stress this enough. Don’t text him every five minutes about whether he has texted you or not. This isn’t a good idea if you had any hope of pursuing a relationship with him.

If he doesn’t respond to your initial text, you can wait a day and send another text because he might have forgotten or accidentally deleted it. Don’t do anything more than that.

People get busy. They break phones and forget to respond. If he doesn’t text back, assume the best until you find out otherwise. If you got the vibe that he liked you when you were together in person, don’t read too much into whether he texts back regularly or not.

How Do You Get a Taurus Man to Text You Back?

If you’re unsure about what to say to your Taurus man, here are some texting ideas to get you started. Sometimes, you just have to find the right thing to say to get the conversation going. Often, the best idea is to start a conversation about something he cares about because he’ll be more likely to text back.

For example, you can ask him for advice about restaurants if he loves eating out. If he loves horror movies, get him to tell you which movies he thinks are the best horror movies in history. People are more likely to engage in a conversation if they care about the topic.

A typical Taurus man is slow, steady, and deeply committed to the people he cares about. You won’t catch him texting back for long if he doesn’t think the relationship is worth pursuing. Often, the best way to see where you stand with a Taurus man is by noticing the amount of effort he puts into the relationship. More effort equals more interest.

What Does It Mean When a Taurus Is Ignoring You?

Normally, Taurus men like to take things slow at first and get to know you. If he doesn’t flood your inbox after a first date, this is completely normal. Plus, Taurus men tend to be shy in texts, so he might be better at opening up if you talk to him in person instead. You might just think he’s ignoring you because of his initial shyness.

If he isn’t just feeling a bit shy, he might seem like he’s ignoring you for the following reasons.

Spend some time getting to know his texting style and his normal behaviors. Over time, you’ll get a better idea about what’s normal for him. Often, the best thing you can do with a Taurus man is to be open and honest with him. He’s not a mind reader, so the only way he’ll find out you’re worried about his lack of texts is if you tell him.

Ultimately, the bottom line is that there are a lot of reasons why a Taurus man won’t text you back. Many of them are perfectly harmless, so don’t panic and get too worried about it. Shoot him a text, and then wait a day before you try to text him again.

If he doesn’t text back and doesn’t seem interested, it probably isn’t a loss. Sometimes, people can be amazing human beings but not be a good fit for each other. If this is the case for you, give it some time and move on. You’ll find that special someone, even if the Bull doesn’t end up being the one for you.