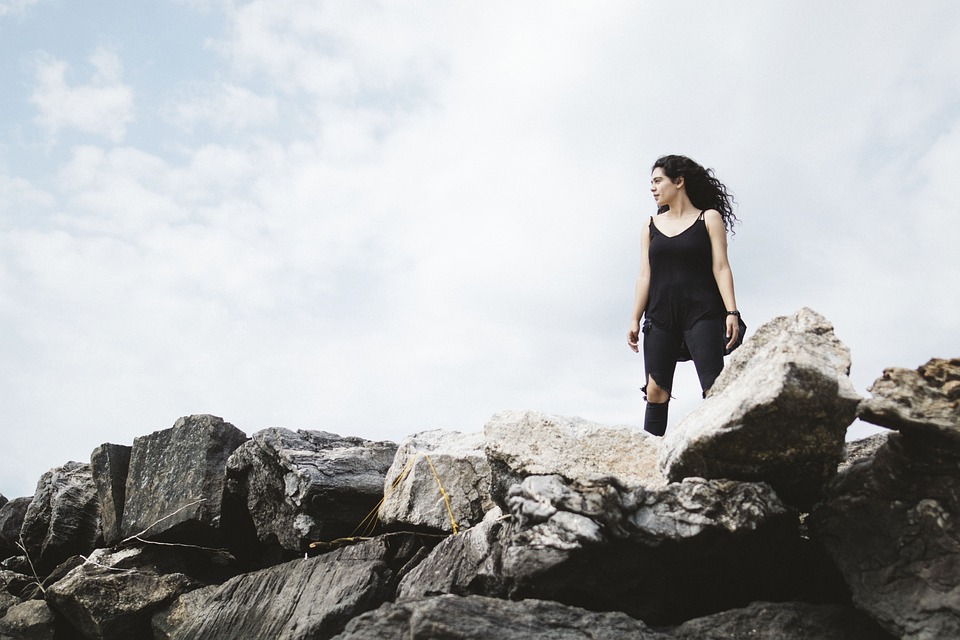 A Leo woman personality type is all about the pride, ambitions and conquering spirit of the lion. A Leo woman is typically strong and independent. She does not need other people to tell her what to do, and she rarely wants to stop and listen to other people’s opinions. The personality of a Leo woman is typically happier when no one else is telling her what to do. She thrives on being her own boss or having a career where she has control. She would always rather give orders than follow them.

If you are looking to better understand the personality traits and characteristics of each zodiac sign, then we invite you to look through our extensive collection on the subject. Because of the dynamic nature of a Leo woman, we welcome you to consider reading through our article about how to have a healthy relationship with a Leo woman, which will help you navigate every aspect of this relationship.

A Leo woman personality wants to be her own boss. She thrives on jobs that give her status and power. Unlike some zodiac signs, she has the ambition and drive necessary to reach her goals. A Leo woman aims high and likes to be the center of attention. She loves when people ask her for advice, pay attention to her and listen to her opinions.

As a younger woman, the Leo may join school clubs or take part in school government. She wants to prove that she is as good as—and ideally, better—than anyone else. These activities help Leo girls grow as a person and gain self-confidence. As an adult, her confidence and self-esteem will take her far. While most people do not think of a Leo woman as creative, she actually has a highly creative impulse. It just is not in “normal” creative areas like painting or poetry. Instead, she uses her creativity to put her skills to work. She may also use her creativity when it comes to how she expresses her fashion sense. Whether she uses the latest styles or unusual clothes to flatter her appearance, a Leo woman is good at making a strong first impression.

Like any astrological sign, there are some negatives associated with a Leo woman personality type. She thinks quite highly of herself, so she does not tolerate insults or poor behavior. If someone offends her, she lets them know it. She is fiercely independent, so she will not allow anyone to push her around. Her ambition and independence also means that she sticks to her dreams and won’t give up.

A Leo woman personality type hates being controlled. She will not allow herself to stay in any relationship where she feels like other people are bossing her around or controlling her. She likes to be in charge and be the boss, so this can lead to a bit of a bossy streak when she is not in a position of leadership. Once she is officially the boss though, she is generally an excellent boss and respectful of her workers.

There are some individual variations among Leo woman personality types, but there are a number of common traits that you can expect.

With her high self-confidence and self-esteem, it is unsurprising that a Leo woman personality trait is to seek attention. She is a decision maker who takes action and executes her plans. At the same time, a Leo woman likes to have praise. While she has a naturally high self-confidence, she is also aware of how other people think of her. She does not want people to feel left out, and she likes to be included. Her goal is to bring people together. Whether she realizes it or not, a part of the Leo woman craves acceptance and attention.

With so much focus on their ambition and confidence, many people do not realize a Leo woman’s capacity for friendship. Like the lioness, she is fiercely protective of her loved ones. She is a kind, generous friend for people who have earned her loyalty. Because of this, the Leo’s friends tend to like being around her.

One common trait of the Leo is leadership. Out of all the zodiac, this is one sign that thrives on taking charge. While everyone else is afraid to make a move, the Leo woman knows exactly what to do. Because of this trait, she tends to take roles in management where she can put this trait to good use.

A Leo woman cannot be constrained or held back. If she feels like her partner is controlling or overly jealous, she will move on and not look back. Her fearless spirit means that she is willing to take charge on her own if no one else is willing to.

A Leo woman tends to be quite optimistic. Part of this is because of her own personality. She is confident that she can navigate any crisis, so she is not pessimistic about the future. As long as she has her own judgment and skills to support her, the future is not something that she needs to fear.

When it comes to arguments and strife, the Leo does not back down. She has strong opinions, and she wants them to be heard. Detractors say the Leo woman is stubborn, but she knows differently. She knows what she wants, thinks and feels. Because of this, she will be straightforward in telling you what she thinks and will not let anyone get in her way as she competes for her goals.

While she might seem like a hard-shelled, goal driven leader, there is another side of the Leo woman personality. She might not need other people to support her, but she feels criticism deeply. A Leo woman loves to be praised and respected. When other people criticize her, it makes her feel insecure and vulnerable. Despite your outer lioness, a cub lurks inside that wants to be loved as much as any other person.

The thrill of an early romance is enticing for the Leo woman. She loves the excitement and the feeling of conquering another person’s heart. Like the lioness, she is willing to spend time on a long hunt if it means that she can nail the perfect kill. While she might like the thrill of the hunt, a Leo woman personality type is also quite capable of settling down. She loves the adventure of being single, but her sexual drive entices her to shop for a partner. Once she finds someone who satisfies her need for excitement, sex and adventures, she is willing to settle down for a relationship. Relationships with a Leo woman tend to be quite emotional and deep. When there is a fight, don’t be surprised if her inner lioness escapes and passionately argues her side.