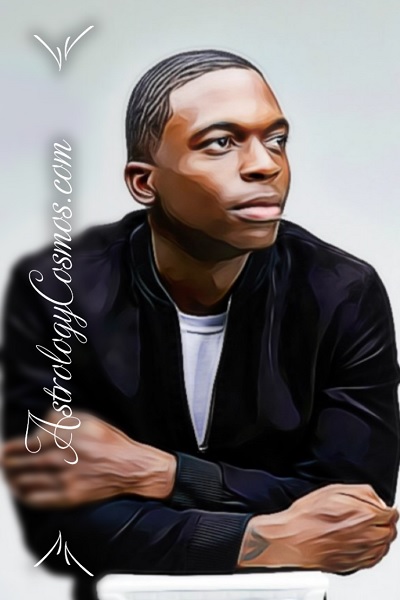 As you maintain a relationship with a Sagittarius man, it is likely that you will speak or behave in a manner which may cause him to feel harmed. In general, a Sagittarius man is positive and does not hold grudges, so if you are seeking his forgiveness, then it is likely that you have done something serious to cause him to feel this way. He will not hold a grudge, but he will keep your actions in mind in case you choose to behave in a similar manner in the future. This article will help you navigate this difficult period in your relationship and learn how to get him to forgive you.

How to Get a Sagittarius Man to Forgive You

When you attempt to gain forgiveness from a Sagittarius man, you need to take the time to understand what aspect of his values or emotions that you have harmed. He will be direct when he speaks with you about his feelings, and it is unlikely that you will have to tease it out of him. You will benefit in bringing up the conversation, as this will help him understand that you are interested in learning how to make him happy. This will go a long way in regards to him making the decision of whether or not to forgive you for your actions.

Since you are learning how to get a Sagittarius man to forgive you, it is important to know that he is an excellent listener. He wants to hear your explanation and reasons for your actions. Your values are what he is seeking to understand, as he needs to know why you chose to behave in that manner. When he understands you, he can share himself with you in a logical and reasonable manner. He doesn’t want to come off as irrational, even though his emotions are likely coursing through him at this time.

Using your explanation as a foundation for his statement, he will inform you of how your behaviors upset him. He will explain which of his personal values that you have betrayed and how he expect you to behave in the future. This is not out of a desire to control you, rather this is because he is interested in protecting himself from future harm. He may allow his emotions to overcome him, and if this is the case, then you will benefit from behaving in a empathetic manner.

There is no benefit in offering excuses at this time. Reasons, such as which of his behaviors influenced your actions, are acceptable. However, he has no interested in you blaming him for what you have done. He wants to know what he can do to prevent you from harming him in the future, not baseless accusations. You are responsible for your actions, and he wants you to know that you can not simply attack him when he is hurt. After he has shared himself with you, you need to show him that you understand him.

After you have realized his reasons for being upset, it is important that you show him that you accept what he has to say. Nothing will cause him to feel more negative than being ignored, especially when he exposes himself on an emotional level. If you choose to not listen to what he has to say at any time while you are seeking his forgiveness, you run the certain risk of having him immediately end the relationship. While he explains himself to you, you should respond after each important point in acknowledgment.

He is aware that holding onto anger and negative emotions will only harm him, so it is his deepest desire to resolve this situation. You may find that the process of forgiveness is completed over a long period of time. This constant conversation is not to humiliate you, but rather to give him a way of explaining the importance of the situation. If you seek his forgiveness for a behavior and make the same decisions again in the future, then it is likely that choice will bring ruin to the relationship.

Be sure to give him plenty of time to share himself with you, because he likely has other concerns that he may need to address at this time. It is difficult for him to make the decision to bring up a negative topic, so if he does, then it likely means that there are other considerations that need to be addressed. You may find that the primary problem that he is addressed was just the final straw, rather than the primary problem.

As you navigate this discussion, you will need to recognize each topic that needs to be addressed. You should change each behavior, not just a single one. Once he has shared his feelings with you, he will expect that you listen and absorb everything that he has to say. Luckily for you, it is certain that he will repeat the major concerns numerous times. He will ensure that there is no reason for you to not acknowledge his feelings. Ensure that you change your behaviors, verbally, intellectually, and emotionally.

Sagittarius people are ruled by Jupiter, which is known for its positive and radiant energy. It is not his desire to control his partner, but only to be respected as an equal. He has no interested in revenge, but rather to maintain a relationship with someone that he does not need to be in conflict with. He is an emotional person and does not want to feel that he is exposed to someone who does not care for his feelings. It is possible that he has forgiven you before you made the decision to ask for it, but is important to him to know that you care enough about him to ask.

While you are learning how to get a Sagittarius man to forgive you, it is important to encourage him through this process. Make sure that he feels safe and confident in your relationship at this time. You may find that this discussion may be most successful if you choose to speak with him in a social place. This will ensure that he behaves in a more stable manner, and it will also require that you act in a mature manner as well. Be receptive when listening and honest when speaking, and you should be able to ensure that the relationship is successful.

If he is in a negative mood at this point, then you may need to ask him if there is something else that you can address. He is generally positive, so a negative emotion may be an indication of a secret that he has not yet brought to your attention. If you are attentive and he feels secure, then he will share the subject with you as well. When this occurs, you may find that this most serious of topics will lead to another conversation entirely.

When you learn how to get a Sagittarius man to forgive you, you need to know that he will continue to monitor you. If he makes the decision to broach the subject in the future, then it is for good reason. He wants to know that you have stood by your word. This is not a discussion that he wants to have, but he may feel that it is important to bring it up. Speak truthfully and honestly with him about your thoughts. At this point, you should have addressed everything that has been bothering him, and you may want to share your concerns with him as well. As with every relationship, you should ensure that you are always honest and transparent with him.