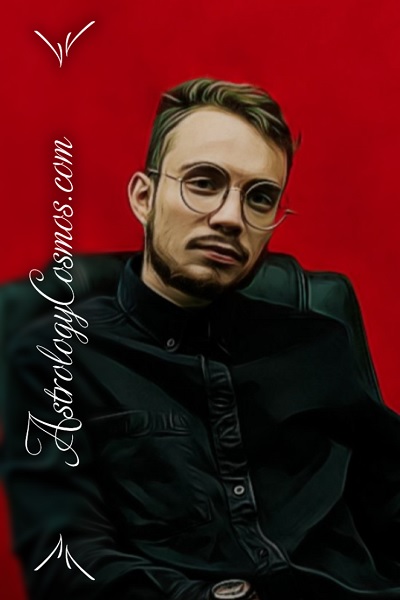 Throughout the course of a relationship with a Cancer man, it is possible that you may cross a line which may cause him to feel slighted and uncertain about the future of your relationship. A Cancer man is ruled by his emotions and his keen sense of intuition. If you have offended the Cancer man in your life, then you will have to navigate through his natural pessimism. If he is brooding, then you may want to let him know that you are there to speak, but you will need to wait until he pulls himself out of his protective shell. This article will help you find the proper course of action that will overcome his fears and concerns.

If you want to learn about how to get each zodiac sign to forgive you, then you are more than welcome to look through our entire selection on the subject of forgiveness. It is certain that you will benefit by looking through our entire collection about how to have a healthy relationship with a Cancer man, as this will help you during every aspect of your relationship.

How to Get a Cancer Man to Forgive You

When attempting to seek forgiveness from a Cancer man, it is important to understand that he is controlled by the changes in his moods. At one moment, he may be filled with positive energy and ready to address any problem from the past. At the next moment, it is possible that he mind will dwell on previous interactions. It is likely that he knows that you want to speak with him, as his intuition will guide his mind toward solving problems in his life. However, you will likely need to take action to remedy any disagreements or insults. To be successful in your attempts, it is important to be able to determine when he will receptive to your apology.

He will likely focus his energy inward, as if repairing his self-worth. When he is upset, he doesn’t want to share his feelings or have a disagreement. Rather, he would like his partner – the person that he trusts – to understand why he has harmed him. Cancers are naturally faithful, though they will certaintly demand that their partner shows the faith loyalty. Being insulted, betrayed, or harmed in another manner will cause a Cancer man to withdraw inwards. When he feels comfortable and decides to speak with his partner about what is going on in his mind, then he will do so.

If you are seeking forgiveness, then you need to understand why he is upset. This likely won’t come from talking to him, but rather understanding his values and goals. He wants you to figure out what you did that harmed him, and he expects you to take action to rectify your actions. If you do speak with him, then his behaviors regarding certain subjects will certainly inform you of his reasons for being upset. This is how to get a Cancer man to forgive you.

You may find benefit in being patient with him. He may be slow to move, especially if he feels rushed. As he shares himself with you, it is important to listen to every word that he says. He may not be upset about exactly what may have caused you to be upset in a similar situation. An insulting word may not cause him harm because of the definition of the word, rather he was likely harmed because the person he loves felt that it was acceptable to insult him in the first place.

When you have realized why he is upset, it is important for you to address your actions and how they influences his feelings. After you share yourself with him, he will likely feel comfortable sharing himself with you. Because he is aware that you understand his values, he will explain in what manner you caused him to feel negative. He is not offended, but rather personally harmed by an action by his partner that was meant to hurt him. Accidents, while common, are often manifestations of a lack of care or thought in the mind of a Cancer man.

He is likely suspicious about your motives, even if you are only attempting to get him to forgive you because you want him to be happy with you. He may feel that you just want to feel better about yourself and that you are not interested in changing your behaviors. Because of this, he needs you to address his concerns through action. While a verbal apology is beneficial, it is nothing compared to changed behaviors.

Acknowledge his feelings by being creative in the manner that you spend the next couple days. You may want to behave in a manner that is spontaneous, rather than something planned. This will help him feel excited about the relationship again, especially if the disagreement was based issues common in stagnant relationships. Perhaps go somewhere or do something that reminds him of the start of your relationship, as this will bring up feelings of nostalgia.

You may find that it is beneficial to remain silent and simply listen to him vent his worries and fears. If he chooses to cry or otherwise express his emotions physically, then remain with him so that he is aware that you care for him. He wants to feel comfortable and safe with you, and he doesn’t want to feel that he needs to pretend to be someone else. During this time, you may want to reminisce on the enjoyable experiences that the two of you shared together.

Compromising with the Guiding Moon

Every Cancer is ruled by the Moon, which is known for its control of the tides. He does not want to act in a manner that forces his partner to behave in a certain manner, rather he would rather his actions help influence his partner in a beneficial direction. He does not want to be controlling, rather he wants to maintain a relationship with someone who will dance along side him, rather than fight against him. In short, he feels that a relationship should be naturally balanced, rather than something that needs to be constantly attended to.

Each relationship is different, so it is important to learn how to get a Cancer man to forgive you in his specific way. Some want to spend time together, silently. While others need you to inform him that of each thing that you need to address. Others still may keep their feelings hidden, waiting for their partner to realize that something needs to be spoken about. In this manner, it is especially important for the person who is seeking the forgiveness of a Cancer man to allow their intuition to guide them. In this way, the relationship with a Cancer man will be more like choreography, rather than a competition.

As with any relationship, it is not simply enough to apologize and change behaviors, but rather amends need to be made. When learning how to get a Cancer man to forgive you, it is incredibly important to think about this step throughout the discussions leading to it. You should be able to anticipate the desires of the Cancer man, rather than having him tell you what he wants. After changing your behaviors, you should give him something that will make him feel happy.

One of your statements or actions caused him to feel negative. You then spoke with him or spent time with him to make him feel neutral or ambivalent. Afterwards, you need to have a discussion or behave in a manner that makes him feel positive. Ensure that you give him an opportunity to share himself with you. He may have some ideas about what he would like you to do, if you haven’t already realized what he wants.

After you realize what is needed to be done, you should take appropriate action. Spend additional time together, as this will help to strengthen your relationship. Share your thoughts with him, and ensure that you give him a chance to share himself with you as well. While he may hold a grudge, your changed behaviors will make him realize that you are a able to be a better partner to him. As you continue to learn about the values and ideas of your partner, you will reduce mistakes in the future.