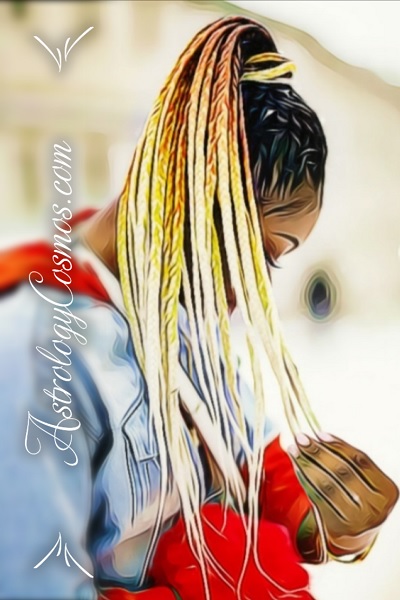 Throughout your relationship with the Leo woman in your life, you may have noticed that her recent behaviors have shown that she is distancing herself from you. This may make you feel uncertain about the stability of your relationship. She may have decided that she is interested in making a major change in her life, especially as her social relationships are incredibly important to her self-worth. The following insights are available to help you understand what may be going through her mind.

If you are interested in learning about what happens when each zodiac sign becomes distant, then be certain to take this opportunity to discover how the other astrological signs may behave when they become distant. Because of the many qualities of a Leo woman, you will certainly find a benefit in going through our article about how to have a healthy relationship with a Leo woman, and you will find that you will be better able to navigate every part of this relationship.

What Happens When a Leo Woman Becomes Distant?

When a Leo woman determines that a personal relationship she is maintaining is no longer worth her time, then it is certain that she will become distant. In regard to her friendships and romantic relationships, there are few things more important than physical presence. When she makes the decision to avoid you, then it is certain that she is considering making a change. While this doesn’t necessarily mean that she is done with you, it does indicate that there is an important conversation that needs to be had.

When a Leo Woman Ignores Your Messages

You may find that the Leo woman in your life has made the decision to not respond to your messages on social media or other messaging applications. When a Leo woman ignores your calls or claims that she wasn’t near her phone, it is often an indication that she has realized she wants to nourish other social relationships in her life. When this happens, it doesn’t always mean that she no longer wants to talk with you, but rather that there may be a major issue that needs to be addressed.

When a Leo Woman Takes a Long Time to Respond

When a Leo woman becomes distant, she may reveal her feelings by being slow to respond to your messages. While this may mean that she is uncertain about her feelings or confused about what she wants to say, it may also mean that she has decided that there are more important things for her to focus on. A Leo woman may easily lose herself in a project or social gathering, so you should not jump to any conclusions. That said, she may have decided that she is no longer interested in nourishing the line of conversation that you are having at this time.

When a Leo Woman Ghosts You

You may find that all of a sudden, the Leo woman that you thought you were good friends with has decided to ghost you. This means that she may have decided to remove herself from your life without an explanation. When this happens, it is likely due to new social or emotional relationships that she has decided to put her energy toward. More than most people, Leo women are known for allowing their social relationships to have a large impact on their life. If her friends or partner doesn’t want her to maintain a relationship with you, then she may decide to cut you out of her life completely.

When a Leo Woman Blocks You

You may wonder why she blocked you, and it is possible that you will never know. However, there are many reasons why a Leo woman may block you, especially if your behaviors have caused her to feel irritated or annoyed. More often than not, she has decided that your relationship is no longer viable and she may not see you as part of her future. If she decides to block or delete you on a social media account, then it is clear that she has no interest in nourishing a social or romantic relationship with you.

When a Leo Woman Ignores You in Person

You may have realized that the Leo woman in your life has decided to ignore you when she sees you in person. When a Leo woman becomes distant, whether she has decided to block you or ignore you, it will be made clear one way or another. You may find that her friends are avoiding you as well. While this may not mean that she doesn’t like you anymore, it is a clear sign that there is an issue that is causing her to not want to speak with you. If the two of you spent a lot of time together previously, then it is likely that her feelings for you have dwindled.

When a Leo Woman Responds With Short Statements

When you speak with a Leo woman, you may find that her responses may be short or curt. If you notice this happening, then you should certainly become more attentive to her body language, as this will help you understand what is on her mind. It is possible that she is simply shy or she may not know what to say to you. However, you may come to realize that a statement you made caused her to feel annoyed or frustrated with you. Be attentive to how her friends treat you, as this will give you a better understanding of whatever the issue may be.

When a Leo Woman Avoids You

It is possible that Leo woman may make the decision to avoid you. When a Leo woman becomes distant, it may be clear that she is trying to remove you from her life, rather than just not wanting to speak with you for the time being. If you notice that she turns away from you or walks away, then it is likely that you did something that undermined her confidence or behaved in a wildly inappropriate manner. When this happens, you should avoid attempting to press the issue, and instead give her an opportunity to reach out to you when and if she feels ready to do so.

When a Leo Woman Is Rude

If you make the decision to speak with her when she is giving you obvious signs that your relationship is in a rough patch, then she may decide to speak with you in a rude or cruel manner. This only happens after you have pushed her beyond a certain boundary. However, if you force her to respond to you in this manner, then it is likely that she has decided that you are not worth her time or energy. Similarly, you may notice that her friends may be dismissive or harsh as well.

It is possible that you feel that the Leo woman in your life has removed you from her life without a reason. However, when a Leo woman becomes distant, it likely means that she has decided that her life may improve without you. She may decide that she wants to speak with you about her feelings, or she may simply decide to remove herself from your presence. If you decide that you want to speak with her when she is behaving in this manner, then you should teach yourself about how to get a Leo woman to forgive you.