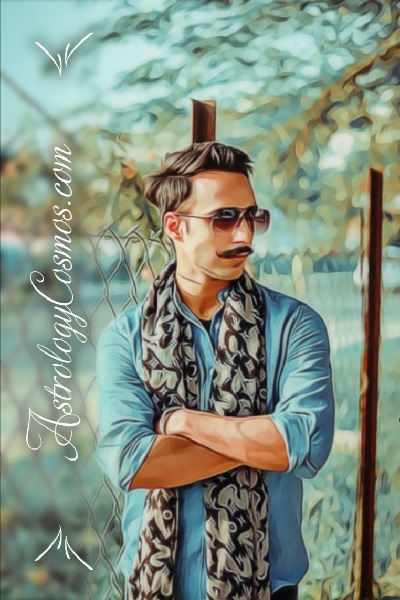 It is likely that each relationship will come to a point where one partner is upset at the other. When you are maintaining a relationship with a Cancer man, you may find yourself on the receiving end of his negative emotions. He is ruled by emotions and intuition, and he dislikes being around people that have harmed him. A Cancer man may be insecure, and these concerns are exacerbated by the behaviors of the person who made him feel negative about himself. When this occurs, he will likely give in to his mood swings and bouts of depression.

If you are looking to learn about what happens when each zodiac sign is mad at you, then you will find that our exhaustive collection on the subject will provide you with many insights. It is certain that you will benefit by looking through our entire collection about how to have a healthy relationship with a Cancer man, as this will help you during every aspect of your relationship.

What Happens When a Cancer Man is Mad at You?

Cancer men often hold in their anger and negative emotions. This may cause him to behave in a passive-aggressive manner or lash out without apparent reason. When you notice that the Cancer man in your life is behaving this way, then you need to address his concerns. It is possible that he will withhold his true feelings, or he may allow his emotions to explode from him like a volcano. He will likely target his response to attack your emotional connection and values.

You may find that it is difficult for a Cancer man to admit that he is angry, though you will certainly feel it through his statements and actions. It is beneficial for you to address his anger, but it will likely cause him to reveal his emotions in force. He is aware of the history of your relationship, so he will bring up emotional wrongs from the past. This may not be because of his desire to talk about those memories, rather he wants you to feel the pain that he is experiencing.

He will likely react in a negative manner in regards to criticism. He does not want to be judged for his feelings, and he most certainly does not want to feel patronized. If he feels that you are accepting what he is saying without understanding his emotions, then it will likely make him more upset. Communication is important to him, but understanding the deeper meaning is critical. This is why an honest and empathetic conversation is crucial to the success of this relationship.

When learning what happens when a Cancer man is mad at you, you should be aware of his general tendencies toward mood swings. These positive and negative emotional changes will be exacerbated when he feels slighted. This may cause him to be vengeful, even if he is aware that it may bite him in the future. Unfortunately, this will likely create a negative cycle of pain and revenge.

If he is interested in art, then it is likely that he will express his emotions in this manner. He may choose to consume media that matches his feelings. While maintaining a relationship with a Cancer man, you may notice him watching sad shows. This may be a sign that he is feeling inwardly negative, which may be due to something happening in his life. It is this reclusive aspect of Cancer that stereotypically defines an upset Cancer man.

As you navigate your relationship, you may learn that some Cancer men feel that they are psychic. Whether or not this is true has little bearing on his feelings. It is certainly possible that he will expend a considerable amount of mental energy attempting to harm his partner. This may manifest in a variety of ways, but it will undoubtedly sour his mood toward the person that he is directing his energy toward. If this occurs, then you may need to attempt to convince him that you are dealing with his psychic energy in a healthy manner.

When you are learning what happens when a Cancer man is mad at you, you may find that he does not seem upset at all. He may be very skilled at holding in his emotions. When this occurs, it is likely that he will spend time elsewhere. He may attempt to make new relationships or focus his energy on projects. He will likely isolate himself from the person who has insulted or harmed him, which is an indication of his desire to protect himself.

How to Get a Cancer Man to Forgive You

One of the most important aspects of learning how to gain his forgiveness is to take the time to understand exactly what is causing him to feel negative. It is difficult for him to communicate his reasons, though he can certainly express his emotions. It may be beneficial for you to experience a conversation with him on an emotional level, all while guiding him toward a more positive outlook. Be certain to teach yourself about how to get a Cancer man to forgive you.

Understanding what he wants will help you acknowledge his feelings. Inform him that you accept what he is saying, and that you will take actions that will prove that you are not going to harm in the future. He is forgiving, but he will not suffer the same slight repeatedly. Be prepared to be removed from his life if you choose to abuse or neglect him in the same manner.

Speak with him about your thoughts and feelings as well. As the two of you share your emotions, you will find that he will feel more comfortable. He wants to know that you hurt him and that you have feelings of contrition. He does not want empty words, but rather a heartfelt apology. This will ensure that he is receptive to you, and this will give you an opportunity to share your concerns and worries. This may lead to another emotional discussion, so be aware that you may have to navigate various emotional states.