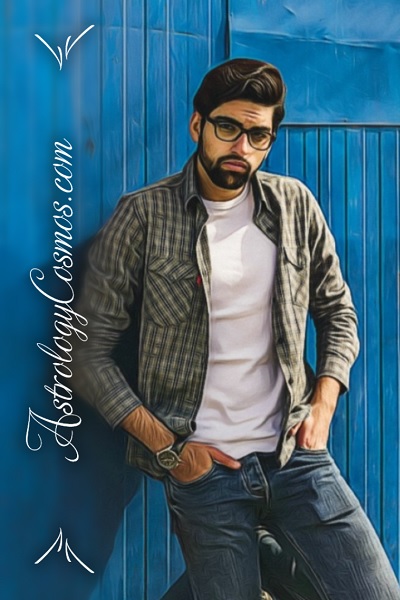 You may have had a disagreement or argument with an Aries man in your life. It is possible that you chose to take action that he felt was inappropriate or unacceptable. You have come to this article because you are interested in learning how to get an Aries man to forgive you. The road may be difficult, especially with the compounded energy from Mars and the natural tendencies of the man that you are seeking forgiveness from.

If you want to learn about how to get each zodiac sign to forgive you, then you are more than welcome to look through our entire selection on the subject of forgiveness. Throughout the course of your relationship, it is certain that you will benefit from going through our article about how to have a healthy relationship with an Aries man, as this will provide you with a wide range of information that will help you successfully nourish your connection.

Aries, the most spontaneous and rash of the signs, is the quickest to anger. For the Aries man, this energy is multiplied because of the energies that churn inside of him. This emotional reaction is strongly influenced by his personal logic, not just simply erratic feelings. If he is upset, then he likely has good reason for being so.

Like the fire that burns inside of him, his anger is easy to ignite, yet difficult to extinguish. Even if time has passed, the coals of anger still can burst into flames at any moment. Learning how to get an Aries man to forgive you involves treading lightly and offering a logical argument. After all, an Aries man is dominated by his mind above all else.

To determine the reason for his feelings, you must return to the moment the anger began. Other signs may find difficulty in understanding the logic behind his anger or mistrust, but they can be certain that it is rational and reasonable to the Aries man himself. A disagreement could remind him of something from his past, and he may see the argument as a warning sign or an indication of something to avoid. Deceitful behavior by a partner will most certainly cause him to lose trust, which be irrevocably damage the relationship.

The best way to learn why he is unhappy is to be frank and direct. Truth and honesty are the only ways to discuss the feelings of your Aries man. You don’t have to worry about coy games either, as he will be clear about his misgivings when addressed. If you can survive the onslaught of pride and ruthlessness that comes with the conversation, then you are aware of his reasons and can move onto the next step of regaining his trust.

After you determine what has caused him to feel upset or angry with you, you need to accept what he has said. A simple acknowledgment will not do, as you must fully see the logic of his reasoning. To him, there is no reason to continue the discussion unless you agree that his decision was logical. You may feel that your personal philosophies are valid, but you must acknowledge that his is legitimate are well.

Whatever has offended him will need to be addressed. Aries are well known for their ego, which spawns a host of concerns regarding jealously and impatience. Above all else, an Aries man needs to know that he is the most important person in regarding a romantic relationship. Among friends, he will want to be high on the list of people that you consult with. At no point will a son of Mars be interested in being forgotten or ignored. To him, he is either at the forefront of your life or not part of it at all.

If you are interested in defending your behaviors, then ensure that you argue through reason. Do not attempt to play the devil’s advocate or attempt to use his logical assumptions. Speak from your own perspective, and ensure that your actions are rationally based on your own values. It is clear that your behavior was unacceptable from his point of view, so it is your responsibility to explain why you decided to take a particular action and why it was appropriate to do so. Be warned, he will certainly attempt to attack your argument to ensure that its foundation is strong and reasoning is sound.

Now that you have taken the time to understand and acknowledge his position, you must engage in a debate over the status and potential future of your relationship. An Aries man is ruled by two aspects of his body, one is reason incarnate and the other is embodied passion. If your position is reasonable and the Aries man is in control of his mental state, then attempt to have a discussion with him. If you are in the wrong or his mind is overwhelmed, then take a more physical approach.

You must choose your path wisely. If you are headstrong and interested in fighting as the ram is prone to do, then lay out your position in a logical sequence. Explain your suppositions clearly and show how you felt your behavior was appropriate. However, you must also accept that your Aries man has said and ensure that you do not offend him in the future. Inform him that you acknowledge his feelings and will not behave in a manner which is not acceptable now that you are aware of his position.

If you were wrong originally and you are aware that there is no argument that can convince him that your behavior was suitable, then you may want to direct your attention to his physical senses. To be clear, this is not to excuse your behaviors, but to calm him down to a point so your apology may be appreciated. Temper his passion before you declare your apology and promise to no longer harm him. Of course, both of these plans may be futile, as Aries may choose to focus his energy elsewhere without even offering an opportunity for discussion.

At this point, the two of you will have a discussion about what the future holds. You have taken the time to understand his position. You have accepted his reasoning and you have offered your own explanation for your behaviors. This crucial moment is where the two of you will choose to burn the relationship to the ground, or rekindle the warm fires of passion and respect.

You will address this final point of the conversation the same way that you will build a fire. The disagreement between the two of you may fade in time. Now, you will need to have a discussion about what each of you expect from this relationship. You have already addressed each other’s feelings regarding the previous disagreement, though there are now other topics to be spoken about. This is important, as this will help to prevent future arguments in the future.

It is not enough to only learn how to get an Aries man to forgive you. You must take action to ensure that you do not need to earn his forgiveness in the future. Lay out the groundwork for behaviors that each of you require in the future. If there is something that makes him upset, then no longer behave in that manner. Of course, you will need to set some rules yourself. Without your input, he will continue to behave as he has always done. When this conversation has finished, be sure to seal the deal with an intellectual or physical handshake worthy of an Aries and his partner.