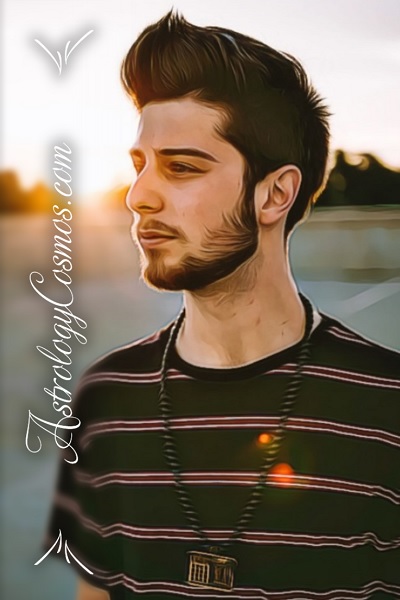 Throughout a relationship with an Aquarius man, you may find that you may insult or offend your partner. As with any relationship, it is important to overcome any problem as quickly as possible. He may have a conviction or belief that was harmed by your action or statement. Often times, restrictions or baseless rules may cause an Aquarius man to feel the need to leave a relationship that they may feel is unhealthy. As you seek his forgiveness, it is important to understand what has caused him to feel negative and alter your behaviors.

If you want to learn about how to get each zodiac sign to forgive you, then you are more than welcome to look through our entire selection on the subject of forgiveness. Should you be serious about this relationship, be certain to provide yourself with a variety of information about how to have a healthy relationship with an Aquarius man, by reading through our entire selection on the subject.

The first step to achieving the forgiveness from an Aquarius man is to understand what is causing him to feel this way. He is often controlled by his ideas, which are influenced by his fantasies and desires, which may cause his partner to feel confused or uncertain. He has a strong desire for change, which may cause him to feel that a stagnant relationship does not have a future. When his mind is made up, it is often difficult for him to change his opinion.

When you are navigating this aspect of your relationship, it is important to remember that he is analytical and will pay attention to the meaning behind your words. Learning how to get an Aquarius man to forgive you is based on understanding the thoughts coursing through his mind. He may begin to remove himself from a relationship that he feels is burdensome to his freedom. It is this streak of independence that often attracts someone to an Aquarius man, but it is also what often causes stress within a relationship.

Generally, he is simple to please and is not interested in arguing about a relationship. When he feels that the relationship has been harmed, it is easy for him to feel confused about the future. If it is difficult for him to speak with you about his concerns, then he may be interested in writing you a letter or story about his feelings. This may give you additional insight into what problems that the two of you need to address.

Intellectually, an Aquarius man requires a partner who can maintain a conversation. It would not be unheard of for a relationship to be strained because he feels that his partner does not understand the meaning behind his words. This may make his partner feel that he is aloof or uncompromising, though the truth is that he is speaking about things that another person may not appreciate or feel is valid. The most important step is to overcome this confusion. When you do so, you need to convince him that you accept his feelings.

After the two of you have figured out what is causing him to feel upset toward you, then you need to inform him that you accept what he is feelings. This may be difficult, because simply restating his concerns may not be enough. He may want to hear you inform him in your own words about what caused him to feel negative. When you are trying to learn how to get an Aquarius man to forgive you, it is important to know that communication is key.

These ideas that guide his values may have been harmed by your statement or action. If he holds a certain concept to be important to his self worth, and your words betrayed those values, then he may no longer believe that the relationship is viable. He wants to maintain a relationship with someone whose values are similar to his, as he does not want to feel that he is behaving in an immoral manner by nourishing this relationship.

When you have accepted his feelings, you need to acknowledge that his feelings are valid. He does not need his partner to hold the exact same beliefs, but he certainly needs his partner to not betray his beliefs. Inform him that you are aware that his ideologies are valid and appropriate, and you now understand what caused him to feel this way. In this manner, you can show him that you are aware how you harmed him and assure him that you will no longer behave in a similar manner in the future.

If it seems that the conversation continues for an extended period of time, then that is exactly what is happening. You may need to have the same circular discussion numerous times before the Aquarius man is satisfied that you understand. When the two of you have reached an understanding at this point of the conversation, you should bring up any concerns that you may have. Do not blame him for your actions, rather inform him of how his actions influenced your behaviors.

The key to overcoming the problems that arise in this relationship is balancing connection with freedom. He needs to know that you trust him enough to allow him to be free, though you should not allow him to wander aimlessly, as this will make him lose focus on the relationship. When you want to learn how to get an Aquarius man to forgive you, one of the most important things to know is that he desires sincerity and trust.

Like with any relationship, you must seek a way to prove yourself to him. Be honest, but do not attempt to blame him. It is your actions that harmed him, and he does not want his partner to attempt to turn it around on him. When you explain your actions, do not try to blame others, rather focus on your own values. Explain that your action was in accordance with your beliefs, but that you are now aware of how his values differ from yours and that you will now respect what he needs from his relationship.

Regardless of the situation, you need to give him an opportunity to share himself with you. This will help you understand what you need to do to gain his trust once again. He likely will share his many ideas with you about how you may make amends. You want to repair the damage that your statements or behaviors caused, so ensure that you listen to what he desires.

Ensure that you speak in a calm manner during this time. He does not want someone who is confrontational, as this will only cause him to be more interested in leaving the relationship. Instead of making an emotional argument, you should focus on an intellectual explanation. It is unlikely that his values may change during this conversation, but your position may influence his future beliefs. When understanding how to get an Aquarius man to forgive you, you should know that he is stubborn, yet not uncompromising.

It is beneficial to not attempt to restrain an Aquarius man based on social norms or tradition, as it is highly unlikely that he will value anything other than what the two of you have already based your relationship upon. Speak with him about your thoughts, and ensure that he has shared himself with you. If he seems reclusive at any time, then show him your positive energy. Honest will always support this relationship, as he needs to know that his partner is someone that he can maintain a future with.