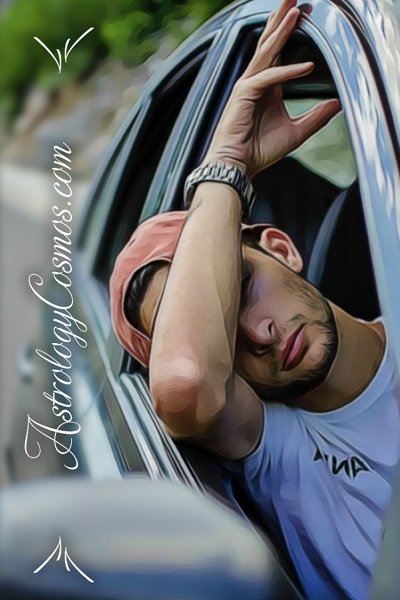 While it is difficult to accept, there may come a time in your relationship that you come to the realization that it would be best to end your partnership. With this in mind, it is crucial that you take this opportunity to learn about how he may navigate his choices and behaviors at this time. In the same vein, you should think about how to most efficiently broach the subject and remove yourself from his presence. We invite you to take this time to better understand how to break up with an Aries man.

It is certain that you will benefit by taking this opportunity to look through our entire collection about how to break up with each zodiac sign. Of course, you would serve yourself well by providing yourself with all of the available information regarding how to have a healthy relationship with an Aries man.

How to Break Up With an Aries Man

Though it is impossible to have a stress-free break up, it is possible to reduce the level of discomfort that the two of you will experience during this time. To ensure that the two of you can maintain a respectful discourse at this time, it is necessary that you balance your statements between directness and tactfulness. You can expect that he will reflect your emotions back to you, so you will benefit greatly from being calm and collected.

Of course, it would be appropriate for you to prepare for the worst. He is known for his temper and jealousy, so breaking up with an Aries man is not an occasion that should be taken lightly. You can expect that he will be frustrated or angry, and this may bring out behaviors and statements that are meant to harm you on an emotional or social level. With this in mind, you are welcome to peruse the following article about how to break up with an Aries man.

Bringing Up The Subject With an Aries Man

When you have realized that you are ready to move on from an Aries man, it is necessary that you are precise regarding your desires or lack thereof regarding your relationship. If you fail to be straightforward, then he may feel that there is still an opportunity for him to resolve whatever problems remain between the two of you. As long as he remains interested and believes that there is an opportunity for reparations, he will struggle and fight to continue to maintain a relationship with you.

Likewise, it will be suitable for you to address the issues at hand without attempting to gloss over your concerns. Instead, tell him exactly what he has done that has made you realize that you are unable to continue to maintain a relationship with him. While this may cause him to balk, deflect, or argue, it will provide him with the information that he needs to feel that there has been closure between the two of you. This will help prevent stressful interactions between the two of you in the future.

What to Expect From an Aries Man While Breaking Up

As you speak with him about your decision to end your relationship, there are many ways that he may react. In general, an Aries man is a passionate individual who will allow his emotions to become apparent in his words and actions. If he cares about you, then you can expect that he will appeal to the connection that the two of you share with each other. He may even attempt to rekindle the chemistry that was previously the foundation of your relationship.

However, it is possible that he has never had your best interests at heart or that he has realized that he is not interested in treating you with respect. Should this be the case, it is possible that he will respond with anger or disgust. During this time, he may attempt to insult or harm you, as this is his way of defending himself against perceived injustices. If this occurs, then it should be a clear sign to you that he is not worth your forgiveness, especially if he chooses to treat you poorly.

How an Aries Man Handles a Break Up

There is no single way that you can expect him to react, as every individual navigates their life in a unique manner. However, you can expect that he will either move on quickly or cling to the remnants of your emotional bond. Because of this, there are two main ways that you can interact with him during this time. Either you can cut him loose or you can continue to maintain a social relationship with him. Of course, it is necessary that you make your decision with open eyes and an informed mind.

Removing an Aries Man From Your Life After a Break Up

Most commonly, you can expect that an Aries man will do everything in his power to separate himself from you after the two of you are no longer together. While this may result in a smooth transition to the future, it is possible that he may behave in an inappropriate manner. He may be vindictive, as your decision to move on without him may cause him to feel insecure and jealous. If you are lucky, then he will allow his frustrations to influence him to focus his energy elsewhere entirely.

If he is not interested in leaving you alone, then it is possible that he may treat you in a cruel manner, especially if the two of you are forced to work with each other. This is especially common in situations where the two of you have a professional relationship together. As you learn how to break up with an Aries man, it is crucial that you consider what social interactions you can expect to have with him. As unfortunate as it may be, it is possible that you will realize that it may be best if you make a major change in your life for your mental health and emotional security.

Maintain a Friendship With an Aries Man After a Break Up

Supposing the two of you are able to remain friends and are interested in continuing a social relationship together, it may be possible to do so in a mature and respectful manner. However, you should expect that he may continue to be attracted to you. This may cause your other social or romantic relationships to be undermined by his presence in your life. Should this occur, you will need to have another serious conversation with him regarding his place in your life.

Of course, it is possible that the two of you will be able to maintain a platonic friendship without complications. You may find that he will become a fiercely loyal friend who will support you at all times, even when it comes to budding romantic relationships that you may in the future. With this in mind, you can nourish a healthy connection by remaining physically distant yet intellectually close with each other. Keep in mind that your relationship is unique, so you will need to allow your personal insights and experiences color the way that you choose to navigate the future.

Keep a close eye on him at this time, as he may be overcome by his doubts and insecurities. If your relationship almost ended due to infidelity, then it is possible that he will continue to behave in an unacceptable manner. Likewise, other failures may temporarily be quashed until he feels comfortable enough with your relationship to misbehave again. Regardless, you should make sure that you keep him to the standards that you expect from him. By showing him that you are serious and attentive, you will drastically increase the likelihood of him remaining true and loyal.