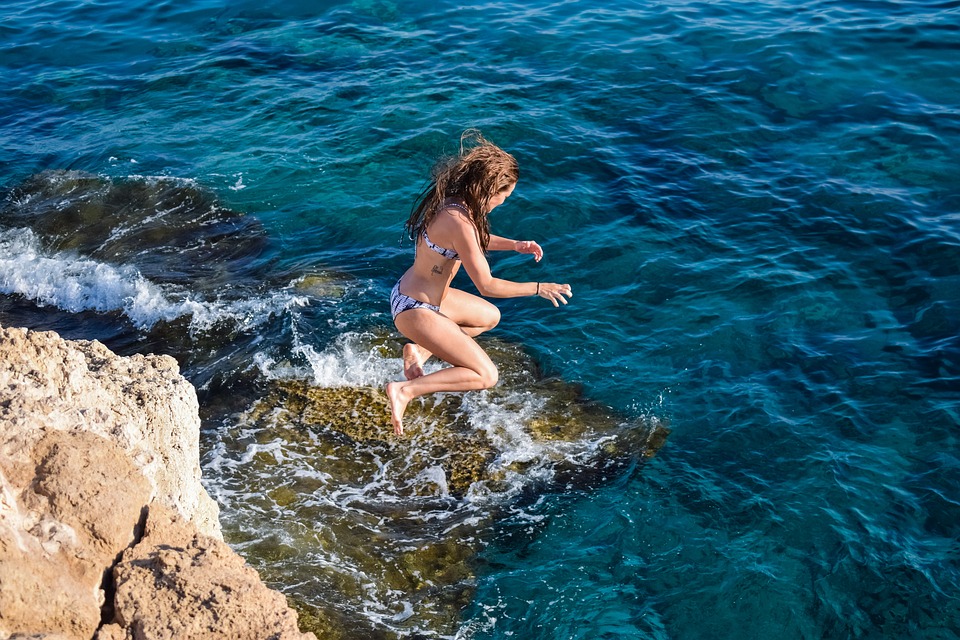 An Aries woman personality traits include impulsiveness, enthusiasm and leadership. She is the leader who heads the pack. Her enthusiasm and energy kick-start everything around her. From new projects to exciting dates, she brings her charisma and dynamic energy to everything that she does. A challenge never sets her back because she is always ready to go as she conquers each new adventure. Novel situations and adventures are what she lives for, and anything else just bores her.

Known for her playful attitude, an Aries woman’s personality is filled with fire. Like other fire signs, an Aries woman is exceptionally passionate. When it comes to love, she is the seducer and the chaser. She loves the thrill of the chase, which means that a standard, white-picket fence relationship can quickly ore her. She needs a lover who matches her need for adventure and excitement or she will quickly lose interest.

An Aries is not all fun and games though. In some situations, her leadership is a benefit. In other instances, it expresses as a desire to get her own way and run rough-shod over everyone around her. She does not have empathy for people who cannot accomplish things. Her competence and confidence mean that she knows exactly what to do and how to do it. It never crosses her mind that other people would not have the same ability. When it comes to arguments, expect some fireworks. The good news is that this can translate into extra fun in the bedroom.

“I can’t” are words that you will rarely hear an Aries woman say. An Aries woman personality revolves around her ability to charge ahead and do what others can’t. She is naturally filled with optimism and is a natural defender of lost causes. She does not care if the cause is a popular one because she will take up the mantle of the crusade vigorously no matter what. Her enthusiasm can border on impulsiveness at times. This can lead her to take unnecessary risks, which is a tendency that has to be curbed for her to reach her goals.

Luckily, nothing keeps an Aries woman down for long. She is filled with optimism and enthusiasm. She always looks forward with an eternal sense of optimism. This natural born leader rarely looks back as she moves headlong toward the future.

Because of her natural independence, an Aries woman personality needs to have her freedom to be happy. Her passion and enthusiasm will wilt if she is held back from her dreams. When she becomes committed to something, she goes for it. She is unlikely to settle for a basic retail job. She needs a career that puts her in a position of power and allows her to grow. If she is stuck in a dead-end job, don’t expect her to hang around for long.

As for money, an Aries woman personality type is not that interested in saving. She gets the need for a financial safety net, so she may save enough to keep her going if there is a problem. Other than that, she would rather take risks and see where life takes her.

In general, an Aries woman personality type is not interested in being told what to do. She would much rather be the boss than be bossed around. She is fine with jobs that have a high level or responsibility as long as it challenges her. When it comes to friends and family members, she is exceptionally loyal. Her relationships are another story. She is more than fine with cutting her losses in a relationship if she realizes that her partnership is not going where she wants it to.

Unlike some zodiac signs, an Aries woman personality does not need to have other people approve of her or appreciate her to do her job. She has her own dreams, and she needs no one’s approval. At the same time, she is totally fine with people complimenting her or respecting her because it gives her a self-esteem boost. The compliments that matter most are from the people that she loves and respects most.

It can’t be all fun and games, even for an Aries. An Aries woman hates to stand still and wait. Because of this, she will do anything that she can to keep moving. She can be impulsive on nearly a daily basis as she tries to keep the momentum going. Her mind is constantly flowing with ideas, and she will start doing all of them if you let her. This tendency can end up holding her back because she starts many projects, but lacks the time to do all of them. If she can focus on just one or two things at a time, she will be far more successful in life.

When she suddenly hits on an amazing idea, her first impulse is to do it immediately. This can lead to risk-taking and rash behaviors that most other signs never have to deal with. At the same time, this tendency leads to a more exciting life filled with adventures. She is unafraid of taking chances and sees no point in living a boring, mundane life without risk. Risk and excitement are what make life worth living for an Aries woman.

Unfortunately, an Aries woman is not good at empathizing with others. It can be hard for her to put herself in someone else’s shoes. Because of this, she can seem confrontational and tactless when dealing with other people. The last thing she wants to do is compromise. Her natural self-confidence leads her to believe that her way is the right way, and she is unlikely to be convinced otherwise. An Aries woman has to make a conscious effort to understand the people around her because it is not something that happens automatically for her.

Some of the words that sum up an Aries woman personality include confidence, recklessness, ambition, drive, energy, vigor, vitality, intelligence, leadership and enthusiasm. The Ram is the first sign of the zodiac as it rushes into the year. This same tendency is seen in the Aries woman personality. She is highly capable and has the get-up-and-go to start just about any project. The only question is whether she will have the desire to stick with her new ideas. When this Aries woman personality is balanced, the future is a bright one.