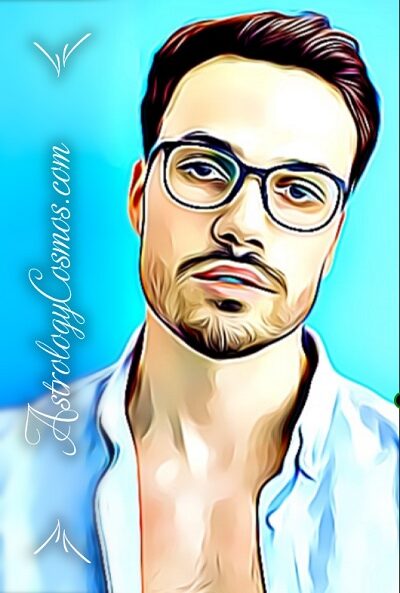 An Aries is known for being impulsive and excited by the prospect of an adventure. Your Aries man may wake up hours earlier than he needs to in the morning to get a head start on the day and jump head-first into everything that life has to offer. An Aries man in love is dedicated, committed and loves the chase. Take this time to learn about what happens when an Aries man is in love.

He loves to get things started, but he isn’t always keen on the follow-through. If he does decide to do something, good luck changing his mind. He has a passion for life that means he always knows what he wants. An Aries man is more than willing to passionately support his argument and unleash his fiery energy whenever he has to work to get his goal.

If you are interested in learning about how each zodiac sign behaves when in love, then consider taking this opportunity to broaden your perspective on the subject.

An Overview of an Aries Man in Love

At first glance, an Aries man seems like your typical bad boy. He is well-known for his love of adventure and charming manner. At the same time, an Aries can be stubborn, arrogant and too impulsive. When an Aries man likes you, you can be certain that he will do everything in his power to woo you. Of course, he may be a little over the top, as this is his nature.

When it comes to dating, he loves to flirt and charm the ladies. His charm naturally attracts women to him, but be careful because you might not be the first or only woman to be attracted to him. He likes to play the game and get ladies interested in him.

While he loves to sweep women off their feet, he can quickly tire of a relationship if it isn’t exciting. An Aries man hates to be tied down and can get easily bored with any relationship that doesn’t hold his interest. Your best bet is to plan frequent outings like hiking trips, biking or other adventures to keep your Aries’ desire for new thrills satisfied. A relationship that is full of excitement and independence will help you keep your Aries around for the long run. Once he gets bored, your Aries man in love will disappear.

The Downsides to Dating an Aries Man

Like everyone, an Aries man in love will have some flaws. An Aries man can be stubborn and won’t budge once he makes up his mind. If he is convinced that he is right, he will argue his case until you pass out from exhaustion.

While he will listen to facts, you have to present them the right way—ideally, before his mind is made up—if you want to change his mind. Worse still, an Aries has a tendency to be a bit arrogant, so he may become convinced that only his way could ever be the right way.

As we mentioned in the last section, an Aries loves an adventure. He won’t hang around for long if he is constantly bored. Often, an Aries man will bounce from partner to partner to fulfill his desire for adventure and new thrills. While you obviously can’t transform into someone else every week, you can offer him an adventure of a different sort.

Make sure to plan out unique date nights and fun outings to keep him interested. If you spend every weekend binge-watching Netflix together, your Aries will become bored with the relationship sooner rather than later. Once that happens, you can basically kiss your relationship good-bye.

An Aries can be arrogant, impulsive and easily bored, so make sure you know what you are getting into before you date him. In smaller amounts, these qualities can be appealing (such as his impulsiveness being leading to romantic, spontaneous dates), so a self-aware Aries can be an amazing partner.

Aries is represented by the ram for a reason. Like the ram, an Aries man likes to charge into the future. He is a go-getter who has the drive to work for what he wants and go for his dreams. Because of this, an Aries man loves to flirt.

He has a type of charm and confidence that is attractive to women. You may need to take steps to e and spice things up. As your relationship develops, you should consider learning about how to go about telling an Aries man how you feel.

Because of his adventurous nature, he loves the thrill of a chase. Being in love with you is nice, but he will miss the thrill of those early months of your relationship. You can recreate this feeling with thoughtful dates and lingerie, but you will have to work to keep things exciting. All relationships take work though, so this isn’t an unusual requirement.

While an Aries can commit to a relationship if he wants to, his natural inclination is to keep playing the game. An Aries man in love can be easily bored, so lasting relationships really aren’t the Aries’ style. Instead, an Aries man in love will bounce from woman to woman as he chases the elusive thrill he gets from flirting and successfully wooing a beautiful woman. Because of his love of adventure and excitement, an Aries might not be around for long.

While this is the Aries’ natural inclination, this doesn’t mean that an Aries will only have short-term flings. Genetics doesn’t determine your actions, although it does play a role in shaping your potential. Being an Aries is like that.

While he might be prone to flirting and seeking out adventures, an Aries can certainly commit when he wants to. To commit to anyone though, an Aries man will really need to have his attention captivated by his partner. Your relationship and yourself have to be interesting if you want to keep an Aries man fully engaged.

If you’re lucky enough to catch and keep the attention of an Aries man in love, enjoy it. He loves passion, adventure, and excitement, so you can expect a wild time and plenty of fun. From rushing off to the latest adventure to sudden, spontaneous dates, dating an Aries man can be a thrilling experience.

While he might seem tough on the outside, your Aries truly wants to make you happy and have a happy relationship. Just remember to give him some of the freedom he needs to have adventures and explore the world. If you can avoid trapping or restraining your Aries’ free spirit, he will return the favor.

What Kind of Woman Does an Aries Man Need?

The Aries man in love wants someone who is attractive and fun to flirt with. He needs to be challenged as well, so you have to be the type of person who can keep up with his energy level. You also need to match his intellectual abilities and have fun.

If you aren’t willing to go with him on his adventures, he will leave you in the dust. You have to be open to wild, thrilling adventures, or you won’t want to stay in the relationship. While you don’t have to go on the world’s most extreme adventures, you still need to do something unique.

An Aries man in love wants a woman who is independent like he is and able to give him his freedom when he needs it. To understand him better, you should consider learning more about the traits and characteristics of an Aries man. Becoming an independent, self-sufficient woman also improves your own well-being, so it is worth the effort for more than just your relationship with an Aries man.

An Aries Man in Bed

This is one of the best matches for an Aries man. Both signs get bored easily, so there will always be fun adventures in store inside and outside of the bedroom.

The main requirement of any partner for the Aries man is to be someone who loves an adventure. Since Sagittarius women love to have a good time and embrace the spontaneous side of love,t they are great partners for an Aries man. Both signs like to live a fast-paced life and be active, so they tend to work really well together.

When it comes to an Aries man and Leo woman, passion is the main benefit. The Leo woman is different enough for things to be interesting, and their mutual passion will keep things going. There are some striking differences in these personalities though, so they will have to learn how to navigate these differences if they want everything to work out for the best.