Like many parts of your body, the cervix in early pregnancy is preparing to change. As hormones in your body change, it stimulates your body to prepare for your growing child. The cervix is placed between your vagina and uterus. If you were to touch your cervix, it would feel like a thumb. During your menstrual cycle, the cervix opens and closes slightly to allow cervical mucus and vaginal discharge to leave the body. The height of the cervix and its texture will also change.

The Cervix in Early Pregnancy: What to Expect When You Want to Be Expecting

Your Cervix in Early Pregnancy

To check your cervix, you only have to insert your finger into your vagina. Before you do this, wash your hands to prevent an infection. You may also want to do this after showering. When you check your cervix, you will generally want to be in the same sitting or standing position each day so that you have a clearer baseline for comparison. Most women use their middle finger to check their cervix since this is the longest finger.

There are certain cervical changes that typically happen during the month. When you have just ovulated, your cervix will drop to a lower level. It may feel as firm as the tip of your nose. In general, the cervix will stay in the lower position for around a week until your body prepares to menstruate. During the week right before your period starts, your cervix will feel soft and tender.

The cervix in early pregnancy will rise up. It won't be as high as it was before the pregnancy, but it will still be a little higher than it would normally be after ovulation. In texture, it will generally feel softer because of all the blood flow caused by the early pregnancy. If you were not pregnant, it would feel a bit firmer to the touch. The added blood flow in the cervix makes it feel pliable and soft.

The cervix ill normally rise a few days after conception has occurred, but this can occur as much as a month later for some women. If you want to see if you have become pregnancy, check your cervical fluid as well. Your cervical discharge changes after you become pregnant, so this is an early sign of pregnancy. The hole on the cervix closes so that the fetus can develop, which causes a reduction in cervical fluid.

What to Look for in Cervical Mucus

In early pregnancy, your cervical mucus can vary based on your body's unique chemistry. Some women will have thick discharge like they normally have right before their period, and other women have light,watery discharge like they would normally have during ovulation. Over the course of your pregnancy, your cervical mucus will continue to change in response to the the changes in your hormones.

There is one additional sign of early pregnancy to watch out for. While most women will not experience this, around a third of women may experience implantation bleeding. This occurs about 10 to 14 days after the egg was fertilized. Implantation bleeding happens because the egg burrows into the uterine wall and causes a slight amount of spotting. Implantation bleeding will normally be just light spotting that is pink or brown in color. In most cases, it lasts for just a few hours before stopping.

By tracking how your body changes during the month, you can when you have conceived. Other than looking at the cervix in early pregnancy, you can also take a pregnancy test around when your menstrual cycle was supposed to start. 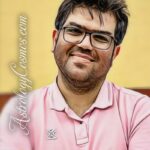 This article has appeared in your life because you have come to the ...

END_OF_DOCUMENT_TOKEN_TO_BE_REPLACED 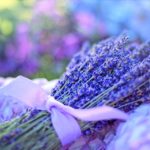 Finding the best herbs is a common goal for new herbology students. While ...

END_OF_DOCUMENT_TOKEN_TO_BE_REPLACED 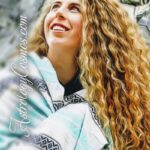 One of the most beneficial and uplifting things that a mindful person can ...

END_OF_DOCUMENT_TOKEN_TO_BE_REPLACED 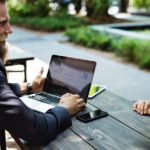 A relationship of immediate emotional and physical passion exists in the ...