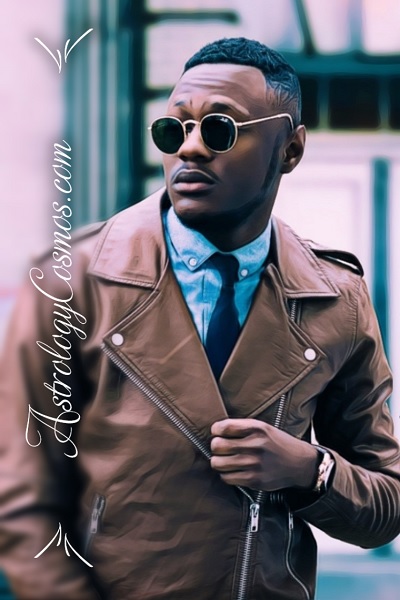 Throughout each relationship, you will find that you have to navigate concerns that arise as your relationship progresses. For a Libra man, he balances every aspect of his life. His relationship is just one aspect of the various influences that he weighs. If he finds that his partner does not meet his requirements, especially if he feels that he was harmed by their actions, then he may determine his partner should be removed from his life. This may cause his partner to feel that he is indecisive when he is thinking about his future, and the actions of his partner at this time are important to this process.

If you are looking to learn about what happens when each zodiac sign is mad at you, then you will find that our exhaustive collection on the subject will provide you with many insights. To aid you in every aspect of your friendships and romantic partnerships, we invite you to consider taking this time to look through our collection about how to have a healthy relationship with a Libra man.

What Happens When a Libra Man is Mad at You?

A Libra man is guided by his logic and intelligence, which often makes him thoughtful and diplomatic. This causes him to have difficulty, however, to navigate the emotions that run through every relationship. When he is upset, it is likely that he will behave in a manner that seems to be unreliable and detached. If he feels that his partner no longer cares, then he may decide to focus his energy in a selfish manner. This is not out of negative feelings for his partner or positive feelings about himself, rather it is his expression of balancing the relationship.

One of the common characteristics of a Libra man is that he rarely expresses his anger in an irrational fashion. If he is upset at you, then he will express himself in a manner that he feels is entirely appropriate to your action that made him feel in this manner. Of course, you may feel that he is overreacting or behaving in a manner that you do not feel is acceptable. While this may be the case, his actions are accurate representations of his feelings.

If something about your action specifically offended him, such as the tone of voice rather than a statement, then you may find that he will respond in kind. His actions may be unnoticeable to you, which may make him feel upset if you don’t notice his intended insults. His natural vanity will want you to immediately acknowledge his actions. If you do not pick up on similar issues that he does, he may need to express himself with direct and blunt statements.

When you are learning what happens when a Libra man is mad at you, you should know how he will express himself. If you behaved in an inappropriate way with another person, then it is almost certain that he will choose to act in the same way as well. Of course, different value systems guide Libra men in different ways. Some will be totally against the actions of infidelity and may choose to behave in a manner that is equally troublesome in regard to your values.

It is certainly possible that he will choose to reveal your actions to the people who are in your life. This is not blackmailing, but rather an honest revelation of your behaviors. He is interested in ensuring that your public reputation matches your true character. Likewise, he will take input from people who he trusts and who are aware of your relationship. It is possible that he may even speak with your friends to get an understanding of how you decided to treat him in the manner that you did.

Part of the Libra personality is a desire for introspection. It is important to him to ensure that each of his actions are in tune with his values, the influences in his life, and the goals that he has previously set. He may not choose to express his emotions with you or another person, rather he may turn his attention inward. He may need to take this time to reevaluate his life choices. If he feels that his values have been breached by someone that he trusts, then he may need to rethink the future of the relationship. In this same line of thought, he will likely need to take a second look at his future goals.

Unfortunately, this desire to look inward may cause him to over-analyze the situation. When this occurs, he may feel that he needs to make a decision to change numerous aspects of his life. He may decide to focus on a single or handful of foundational aspects in his life and remove everything else. For this reason, it is important for you to reach out to him when he isolates himself. If you are able to give him additional input, based on evidence or observations, then he may take your thoughts into consideration.

You may find that he becomes melodramatic. He may act as though little things are huge problems, especially if the two of you have not addressed the primary concern. This may manifest as a sharpness that you may not have experienced before, especially if he behaves this way during situations that he previously expressed enjoyment during. This over-sensitive behavior is often the precursor to the discussion that will lead him to share his thoughts about what is actually bothering him.

It is possible that he will make the decision that the relationship is no longer something that he wants to maintain. He may choose to block you out of his life, and this may take the form of actively preventing you from being able to communicate with him. If this occurs, then you may need to reach out to him through his friends and family. If you choose to make that decision, then you may have those people advocate for or against your relationship.

How to Get a Libra Man to Forgive You

As you take the opportunity to learn what happens when a Libra man is mad at you, you should also learn how to gain his forgiveness. After you have given him time to determine what he needs to address, you should create a calming atmosphere to have the discussion. You may want to go somewhere safe, such as a location that is special to both of you. This will bring up his memories of happier moments during the relationship. Take this chance to learn about how to get a Libra man to forgive you.

The most important thing to understand is his values. While he is speaking about his concerns, you will understand the beliefs and values that he holds. It is important that you acknowledge these important aspects of his character. A Libra man is ruled by these ideas, and he wants to know that his partner respects those beliefs. At the very least, you must show him that you will not behave in a manner that contradicts his values.

Maintaining a relationship with a Libra man is based on mutual honesty and respect. He doesn’t need someone to follow him or someone to lead him, rather he needs someone who will stand beside him and support him. You should discuss your thoughts about his actions as well, especially if they caused you to behave in an offending manner. This will help each of you to prevent similar complications in the future.