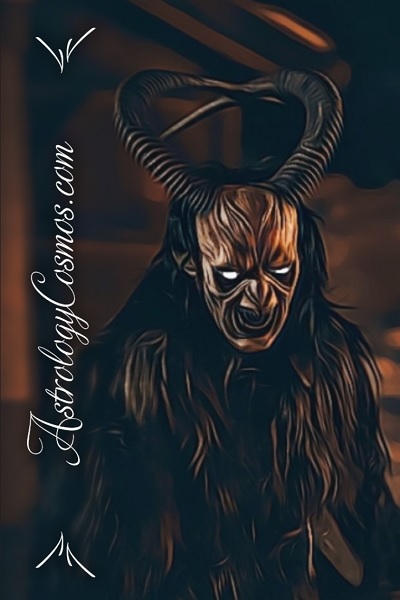 In one of the most surprising uses of astrology, an astrologer once revealed that Adolf Hitler would rise to power. The formerly struggling artist was born on April 20, 1889. Before Hitler ultimately became the Fuhrer and caused World War II, it turns out that an astrologer had already predicted his rise.

Long before his rise to power, an astrologer predicted that someone born on Hitler’s birth date would rise to power. As far back as 1923, Hitler was aware of this prediction. Unfortunately, astrologers didn’t have completely good news for Hitler. Swiss astrologer Karl Ernst Krafft had the severe misfortune of predicting an assassination attempt on Hitler in 1939.

For his predictive power, Krafft was immediately arrested by the Nazis. When they ultimately realized that he was innocent of any involvement, the Nazis amazingly decided to hire Krafft as their astrologer. The Minister for Propaganda, Goebbels, wanted Krafft to look at the predictions of Nostradamus to see how they supported the long-life of the Third Reich. According to some, it was Krafft’s astrological forecasts that led Hitler to start the successful Operation Barossa attack.

The Allies quickly realized just how much Hitler loved astrology and superstitions. They decided to hijack his astrological advice by creating their own sun sign predictions. The Allies started creating made-up sun sign horoscopes around the world. Since Hitler was a Taurus, you can probably bet that there were a lot of unlucky days for the Taurus in those columns! The entire goal was to undermine Hitler’s celestial decision-making choices and influence how he made decisions.

To carry their goal out, the Allies hired astrologer Louis de Wohl. Known for his larger than life appearance, de Wohl wasn’t a particularly exceptional astrologist. He was exceptionally talented at self-promotion, however. He ended up getting drafted by a forerunner of M16, the Special Operations Executive, with the goal of influencing Hitler.

De Wohl certainly wasn’t without his problems though. His wife was Chilean, but claimed to be a Romanian princess. De Wohl pretended to be a Hungarian nobleman, grandson of a banking magnate, relative of London’s Lord Mayor and nephew to an Austrian conductor.

Soon, de Wohl was reinterpreting Nostradamus in the Allie’s favor. He wrote a book in German that said the Third Reich would fall. In 1943, this book was dropped from Allied aircraft so that all Germans could read it.

At the same time, the British felt like Americans were especially open to astrology. De Wohl was sent to the United States to help rally Americans against Hitler and gain their support. Back in Germany, Krafft fell out of favor. The reason was never explicitly stated, but there are stories that Krafft started to see the Third Reich’s downfall in Nostradamus’ predictions, so he was decidedly not someone who they wanted to keep around.

For his trouble, Krafft ended up in prison. He was forced to make astrological charts for the Allied military leaders. Unfortunately, Krafft made out birth charts that showed negative outcomes for the Germans, so his life in prison became even more unbearable. In 1945, he died as he was transferred to the Buchenwald concentration camp.

Being on the Allied side was apparently the smart choice for astrologers. De Wohl survived the war, although the British debated sending him to the countryside or a concentration camp because of his troublesome behavior. De Wohl ended up writing Catholic books about the saints and Church history. In a weird twist, his self-promoting days were finally over as he was given the title of Knight Commander of the Order of the Holy Sepulchre for his Catholic books.

Hitler’s birth chart foretold his future rise to power, but it also contributed to ongoing problems for his regime. Hitler and many of his closest henchman put great stock in astrology, and the Allies manipulated this for their own benefit. Did it contribute to Germany’s losses in World War II? There is no way to know how much astrology hurt Germany, but it is safe to say that it definitely didn’t help them.